Murmur – the Confessor of Crimes 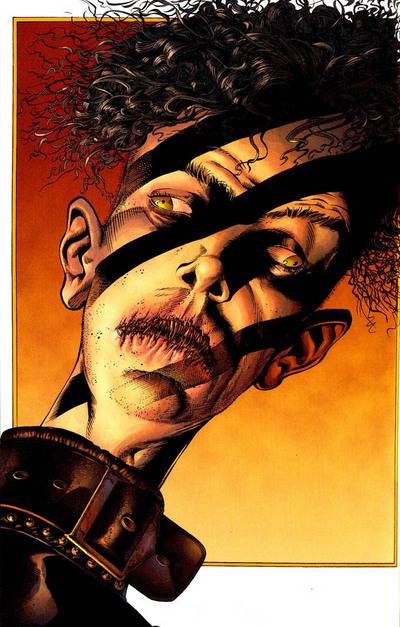 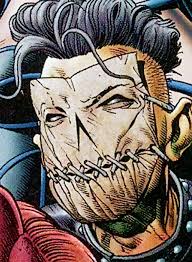 Murmur, a quiet villain, is a relatively new member of the Flash’s rogues gallery who was introduced in the prestige format one-shot The Flash: Iron Heights (2001). Created by Geoff Johns and Ethan Van Sciver, he started out as Dr. Michael Amar, a respected surgeon who went crazy and started killing people to stop voices in his head. His murderous spree ended when police officers Fred Chyre and Joe Jackam found him with the help of Barry Allen using his forensic scientist skills.

Part of Amar’s psychosis is an ability to stop confessing to his crimes, which translates to a quick conviction and death sentence. During the attempted execution, it’s discovered that his blood is abnormal, and he can’t be killed by lethal injection. Further analysis revealed that he is immune to bloodborne toxins or diseases.

During his incarceration, Amar cuts out his tongue and sews his mouth shut to stop incriminating himself. Adding a thin mask to his look, he becomes Murmur. While in prison he created a virus that kills guards and prisoners, then escapes during the riot.

Mumur appeared in Secret Six among the villains who got a get out of Hell free card from the team. In DC Rebirth he appeared in Flash Forward #1 stopping Double Down from hurting Wally West at Blackgate.