Yellow Kid: Call Him the Underdog 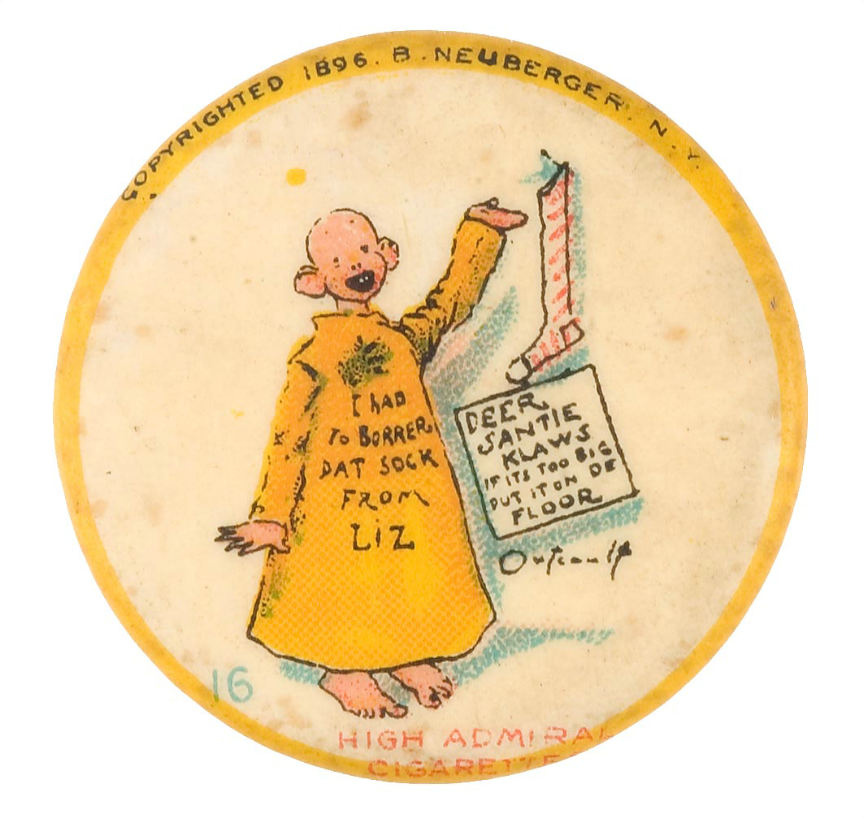 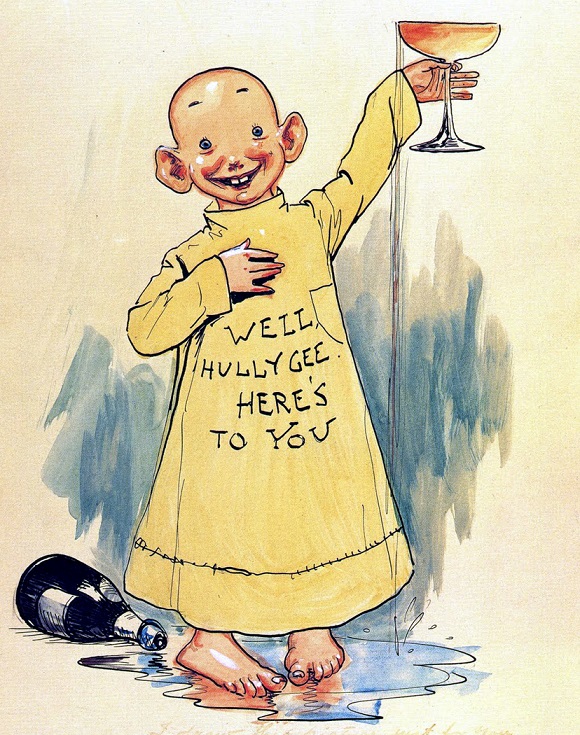 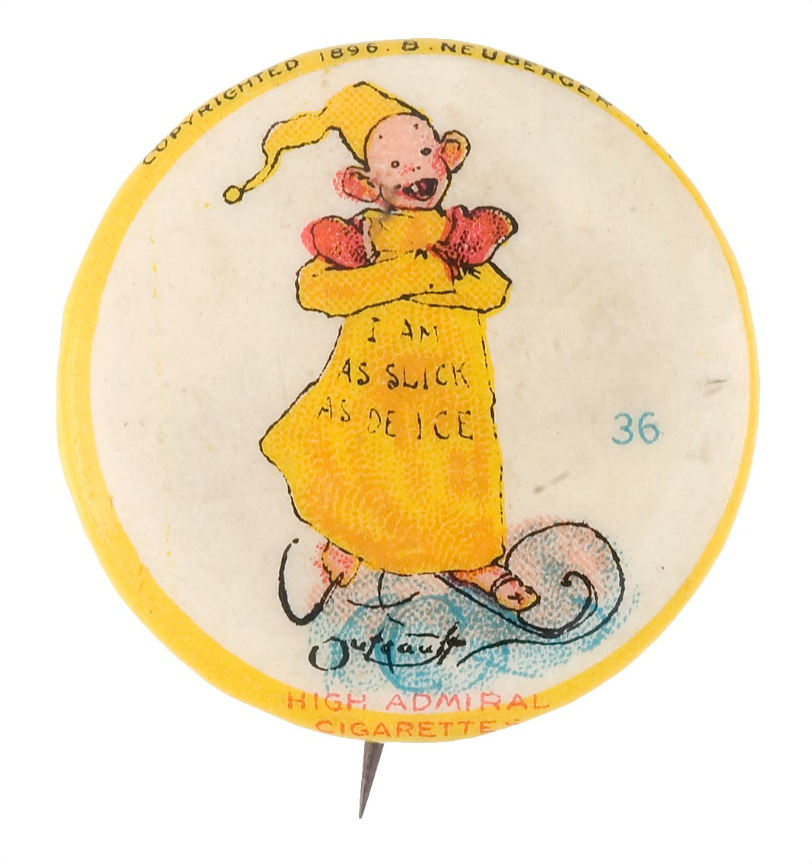 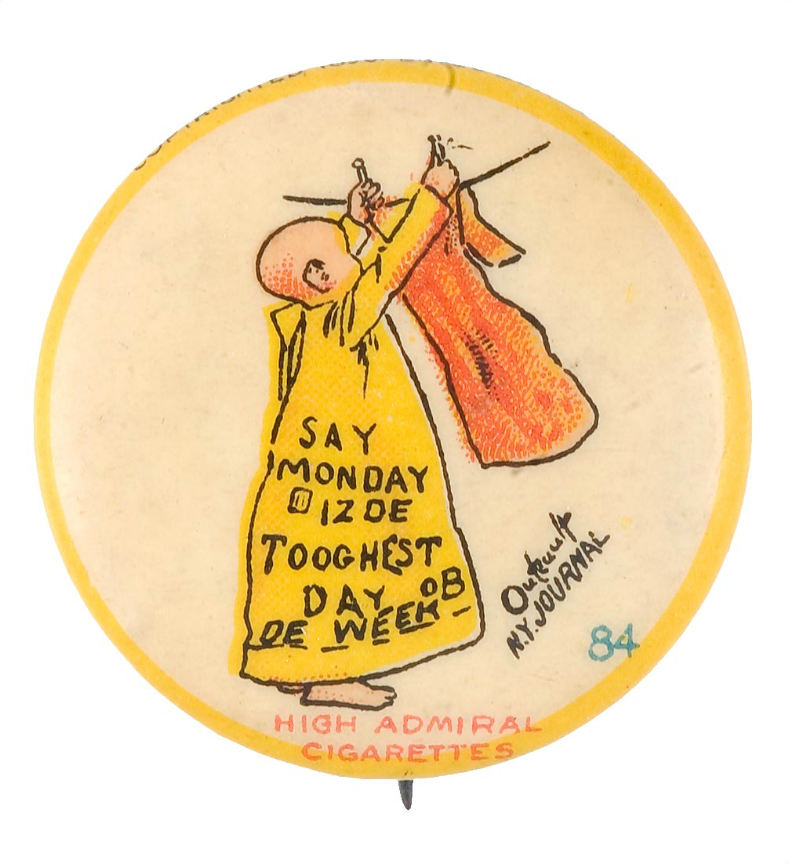 “The Yellow Kid was not an individual but a type. When I used to go about the slums on newspaper assignments I would encounter him often, wandering out of doorways or sitting down on dirty doorsteps. I always loved the Kid. He had a sweet character and a sunny disposition, and was generous to a fault,” Richard Outcault said of his famous character creation.

Outcault began drawing the Yellow Kid in 1892 then he became popular in the Hogan’s Alley comic strip during 1894-1895, with his look finalized in 1896. The Yellow Kid, named because of his yellow nightshirt that had been handed down to him by an older sister, had prominent teeth, goofy grin, and large ears. He was a silly kid blending childhood fun with an adult world.

The Yellow Kid comic strip acted out what was happening in the turn-of-the-century world around it, challenging class distinction, racial tension, and consumerism. Cities were usually thought of through the lense of romanticism as privileged, advanced communities. The Kid mirrored the poor community around him from his ghetto dialect to his bald head, shaved to rid him of lice as many of New York’s children had been.

Recognizing the plight of the urban man or woman made the Yellow Kid a hero. He made people laugh and brought relief for the poor population overrun by crime, overcrowding, and pollution. Phrases on his nightshirt lampooned consumerism making him the underdog who recognized, and pointed out, material necessities and inequalities of power. He was also seen as the protagonist against authority figures like police officers and dog catchers encouraging readers not to take authority too seriously.

Representing a community often down on their luck or unable to climb out of a financial hole the Yellow Kid gave people hope. He let them know that the world, the powerful world, might not help them out, but that was okay. They’d make it anyways.