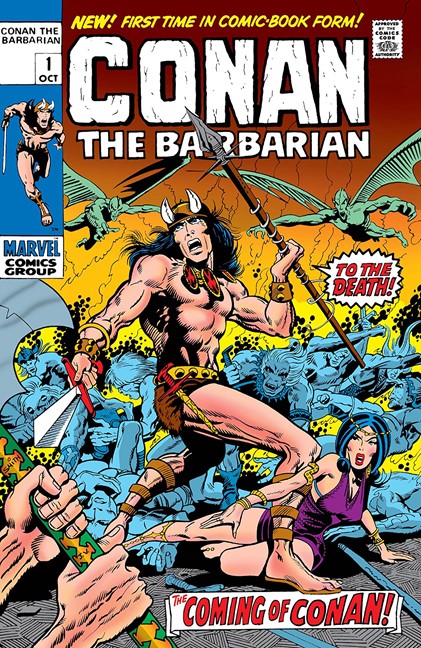 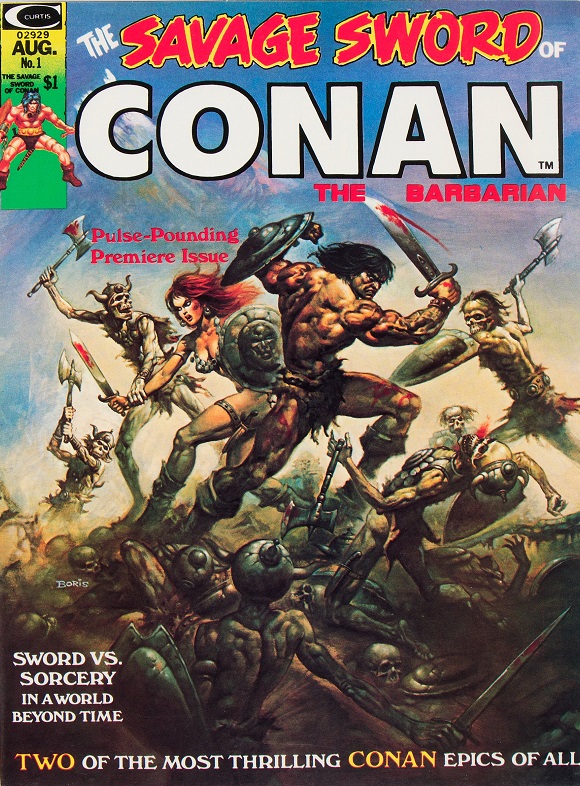 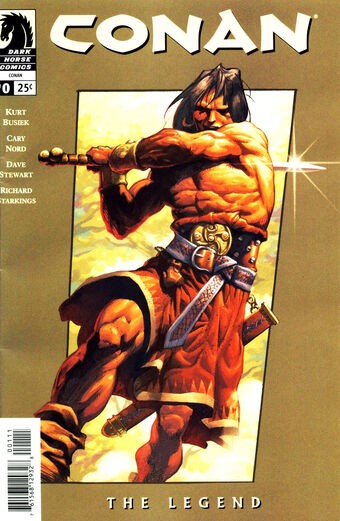 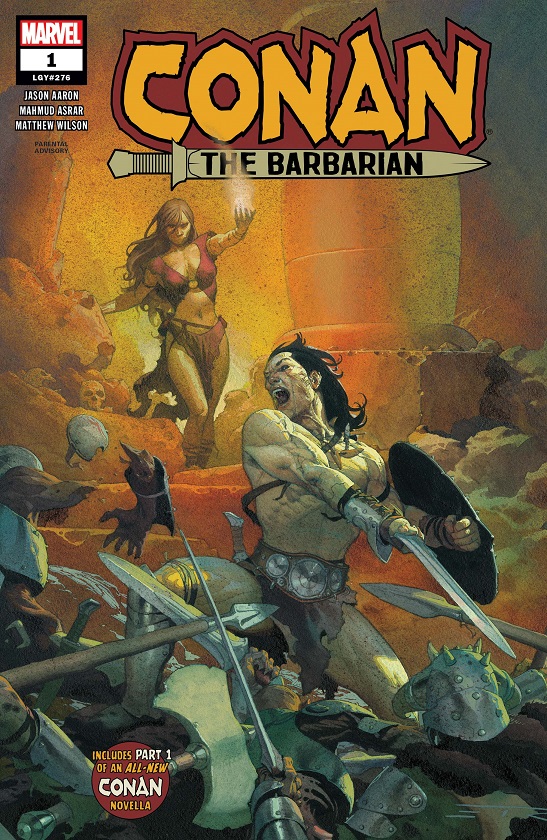 The sword and sorcery hero Conan the Barbarian has fought many battles in books, on film, TV, and in comic books. Marvel introduced Conan, who was created by Robert E. Howard, to their line of comics in October 1970 with Conan the Barbarian. Written by Roy Thomas with art by Barry Windsor-Smith, then John Buscema and Ernie Chan, it stayed fairly true to the source material.

The series would lead to the more adult series Savage Sword of Conan in ’74, helmed by Thomas, Buscema, and Alfredo Alcala. That title quickly became one of the most popular comics of the ‘70s and has since reached cult status.

Conan was adapted into a newspaper strip that ran daily and on Sundays from September 1978 to April 1981. Initially, Thomas wrote and Buscema drew the strip, followed by multiple artists and writers at Marvel.

Since the original title was published, Marvel has produced Savage Tales, Giant-Size Conan, King Conan/Conan the King, Conan the Adventurer, Conan, and Conan the Savage from the ‘70s to the mid-‘90s.

Dark Horse Comics had the license for Conan comics from 2003 to 2018, which were based completely on Howard’s work and the Dale Rippke chronology. Their first series was written by Kurt Busiek and Tim Truman with art by Cary Nord and Tomas Giorello. The next series was Conan the Cimmerian, written by Truman, with art by Giorello, Richard Corben, and José Villarrubia.

In 2019, Marvel began publishing the comics again with the miniseries Conan: Serpent War and Conan: Battle for the Serpent Crown, as well as the ongoing Conan the Barbarian and Savage Sword of Conan.