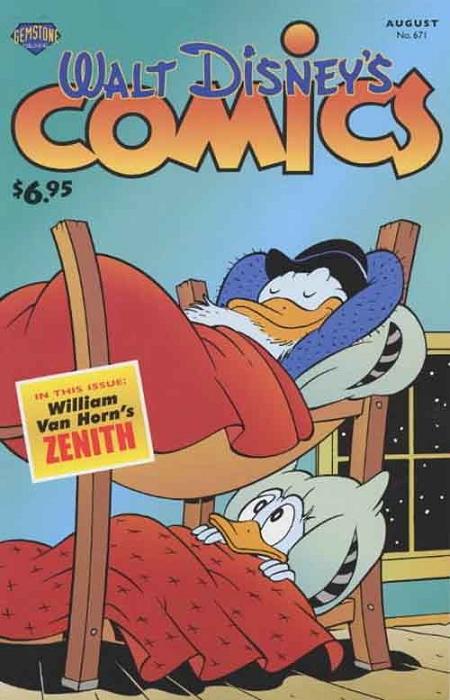 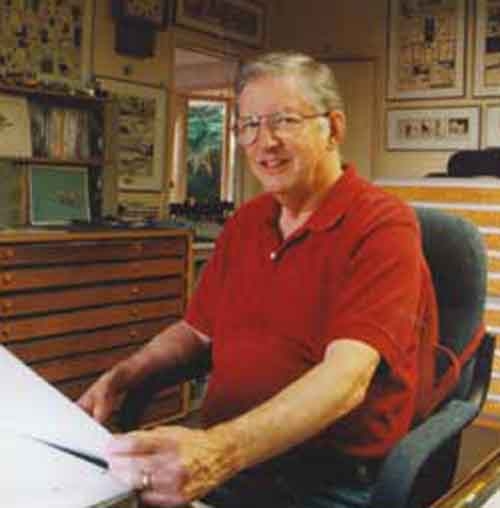 When Rumpus first debuted in the 1994 tale “It’s All Relative” in Walt Disney’s Comics and Stories #593, he was already doing what he does best: sponging off his family. When not eating Donald’s food, he was snoozing on Donald’s furniture. When not snoozing, he was skewering Don and the boys with his typically eccentric rapier wit. Uncle Rumpus’ exact relation to the other Ducks was unclear; in his second appearance in 1997's, “Say Uncle!” in WDC #603, the only clarification came in his calling Scrooge “cousin,” and in the fact that Scrooge feared Rumpus’ leeching even more than Donald did.

Van Horn revealed the answer in the 1999 story “Secrets” in Uncle Scrooge #318. It seems Rumpus wasn’t Scrooge’s cousin at all. Unbeknownst to Rumpus, he was actually Scrooge’s half-brother, the offspring of father Fergus in a brief first marriage. That first wife had left Fergus in outrage over his stinginess, never telling Rumpus the whole story. And Scrooge would rather he not find out, for who wants an unstoppable moocher as your closest living relative?

It was bound to happen, though! In Uncle Scrooge #323 “Travails” in 2003, Rumpus learned of the close kinship. The next step involved just what Scrooge was afraid of, an effort to mooch part of Scrooge’s fortune through an arcane law regarding estranged family members. Too bad for Rumpus, the law required the claimant to prove an ability to bring in continued income for the family. As a worker, Rumpus was very good...at napping! Goodbye, easy money.

And that brings us to the present day, when Rumpus is again at peace with Scrooge, but as lazy and grabby as ever. Boarding on and off at the McDuck money bin, the sardonic old sponge admittedly tries to earn his keep as a courier. But even an easy position is difficult when you’re a big bag of bad habits like Rumpus McFowl. We might feel sorry for him...were we not already so sorry for Scrooge and Donald!