The Sting of Red Bee 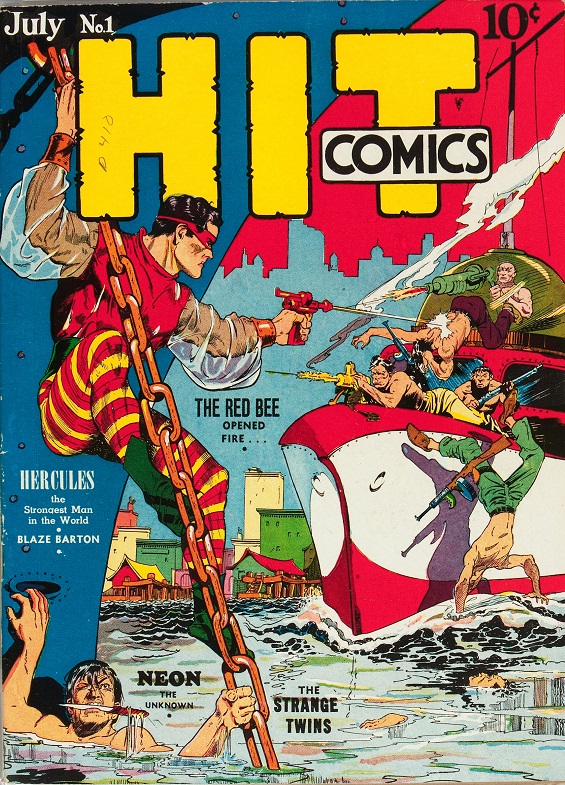 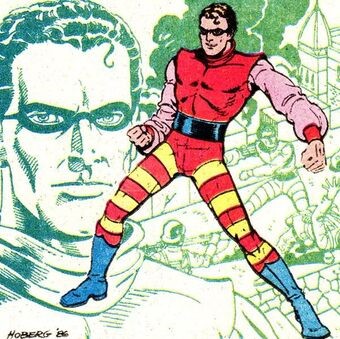 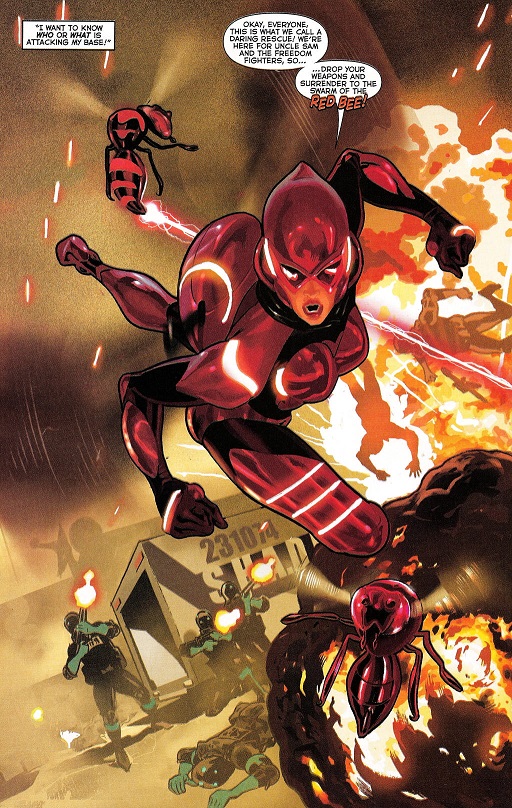 Red Bee is a moniker used by two superheroes. The first, Richard Raleigh, was introduced in Hit Comics #1 (July 1940) by Quality Comics. The second, Jenna Raleigh, debuted nearly 70 years later in Uncle Sam and the Freedom Fighters #5 (January 2007) at DC.

Rick was an assistant district attorney in Superior City, Oregon who led a superhero life by donning a red and yellow costume, using trained bees and a stinger gun. One of his specially trained bees even lives inside Rick’s belt buckle to be used for special situations. He fought Nazis and gangsters, including evil spiritualist Dr. Marah, the electrified sword-using Swordsmen, and the Yellow Peril hatchet men.

He joined DC’s All-Star Squadron and died heroically saving Hourman and other allies from the Nazi supervillain Baron Blitzkrieg. Red Bee appeared as a ghost in Starman at a dinner party for deceased heroes where he and others like Mr. Terrific and Hourman talked about why they wanted to be heroes.

He also made a cameo in Animal Man living in a cancelled character limbo and in Bizarro Comics where he and his agent try to improve his marketability as a hero.

During the series’ run Jenna is mutated by a colony of alien insects, turning into a human/bee hybrid. This transition gives her enhanced physical abilities, pheromone production, and she grows antennae. Eventually she is cured by Lanford Terrill who used his Neon powers to fix the affliction. After she returns to being human Jenna decides to stop being a superhero, choosing instead to work in the research field.