Nova, the Herald of Galactus 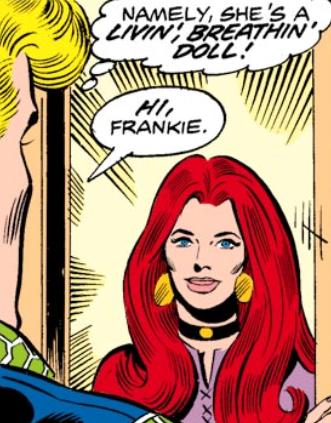 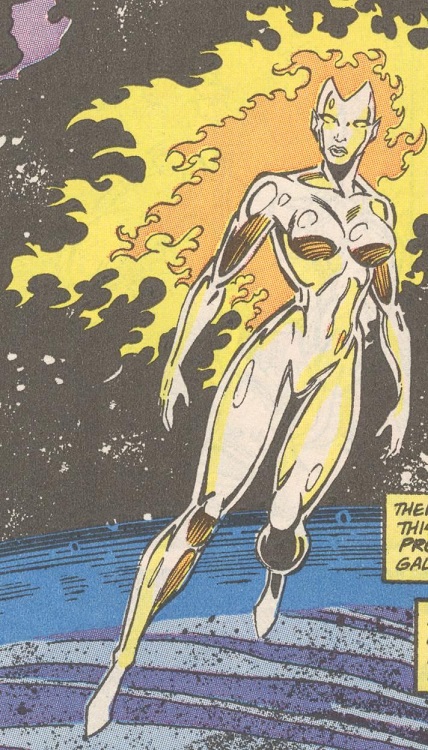 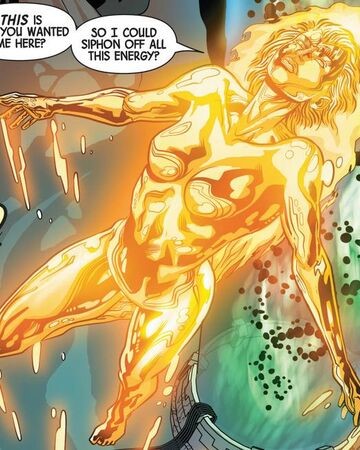 Nova, aka Frankie Raye, went from being a seemingly normal woman to a being of extraordinary power. The character, who was created by writer Roy Thomas and artist George Pérez was initially a minor character who came to the forefront as the herald of Galactus.

Frankie Raye was introduced in Fantastic Four #164 (November 1975). Before becoming a superpowered being, Frankie was an interpreter for the United Nations. She met Johnny Storm and they started dating, even though she was afraid of fire. Her fear of fire was eventually given merit when she broke through a mental block that her stepfather, Phineas Horton had set up. She had been accidentally covered in chemicals that granted her Torch-like powers. Once she regained her memory, Frankie also gained access to her repressed powers. For a short time, Frankie helped the Fantastic Four, until she volunteered to become Galactus’ new herald.

Galactus had struck a bargain to spare Earth, but he was weakened and therefore felt that he was out of options. Frankie offered to become his herald so that he’d continue to avoid harming Earth, despite Reed Richards’ warning that Galactus could only consume planets that could support life, which meant that she’d be helping to extinguish intelligent life. She rationalized that the loss of a single world in all of the galaxy would be inconsequential. Galactus agreed to her proposal, naming Frankie his herald. She got the Power Cosmic and became Nova.

She was given a nearly limitless amount of freedom. As herald Nova was sent to find new worlds for Galactus to consume. Because her duties meant the death to billions of beings she became numb to the suffering of others. She struck a friendship with Silver Surfer who recognized how desensitized and apathetic she had become. In an attempt to help her, Surfer showed her a world and asked if she’d choose it for Galactus. After she said yes he revealed that he’d taken her back in time to Earth.

Because Nova had started to care again, Galactus replaced her with Morg. Nova, Silver Surfer, and other heralds stepped up to to protect the worlds. During a battle, Morg killed Nova, and to punish him, Galactus took the Power Cosmic from Morg, giving the other heralds the opportunity to beat him. Silver Surfer entombed Nova in a star.