The Origin of Red Locust 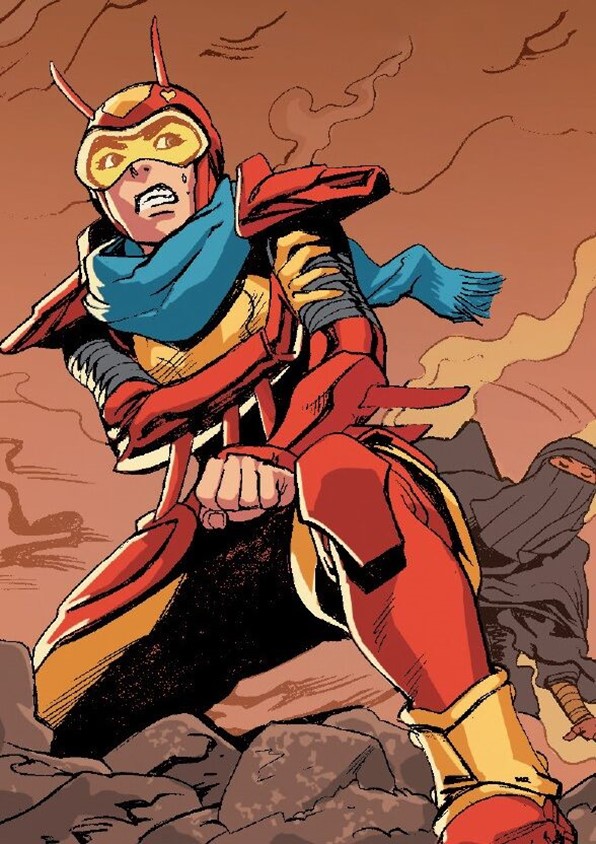 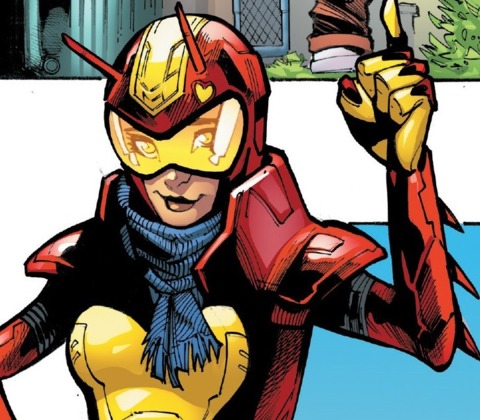 Fernanda Rodriguez, aka Red Locust, is a relatively new superheroine who was introduced by Mark Waid and Humberto Ramos in Champions Vol. 2 #9 (June 2017). Her family carries on the tradition of the Locust Brotherhood, making it their missions to protect nomad tribes and travelers.

The brotherhood is made of trackers who wear special armor and are believed to have the power to control insects. Their mission is passed down to the first born son from generation to generation, making Fernanda the first woman to take on the role. The Brotherhood is initially unhappy that the duty and armor has been passed to a girl, but despite their issues, she becomes Red Locust.

After Fernanda finds the missing Mateo Garza, she meets Viv Vision of the Champions. Viv finds an RFID chip in Mateo’s leg, so she and Red Locust track the signal’s origin, which takes them to a warehouse where Mr. Gloom had been holding hostages.

Red Locust bolts in to save the captives and is shot at by Mr. Gloom and his associates, but is protected by the armor. Once Viv joins in the attack, Red Locust is able to isolate Mr. Gloom and stop him from detonating the whole building. With the conflict ended, Viv invites Red Locust to become a member of the Champions.