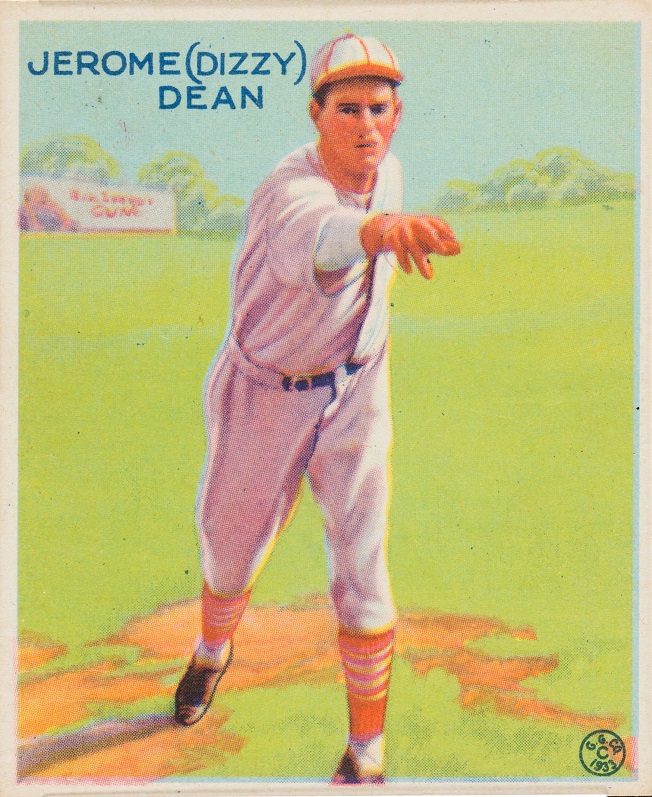 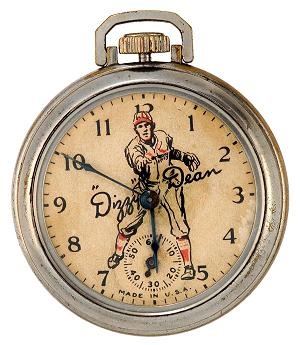 Dizzy Dean? Sounds like a Looney Tunes character, right? Not so. Born Jerome Hanna Dean, this baseball Hall of Famer pitched ball with the St. Louis Cardinals beginning in 1930 through 1937, the Chicago Cubs 1938 through 1941, and came back in 1947 to briefly pitch for the St. Louis Browns.

He was part of the 1934 St. Louis “Gashouse Gang” team, whose players were known for being rougher around the edges, less refined than other teams. This was a trait that endeared them to Depression-era America, as the public more readily related to these persevering “good ole boys” than the higher paid athletes in the east. Dean, perhaps laying the groundwork for braggart sports icons to come, often predicted the outcome of games. A quote attributed to him sums it all up, “It ain’t braggin’ if you can do it.”

As for the “Dizzy” moniker…

During the 1934 World Series between St. Louis and the Detroit Tigers, Dean was called to first base as a pinch runner. The next batter hit a ground ball that looked destined to be a double play. To avoid the double strike, Dean threw himself in front of the pitch to home, the ball hitting him in the head. He was knocked unconscious and taken to the hospital. The headline in the next day’s sports section read “X-Ray Of Dean’s Head Shows Nothing.” Dean recovered to finish the Series.