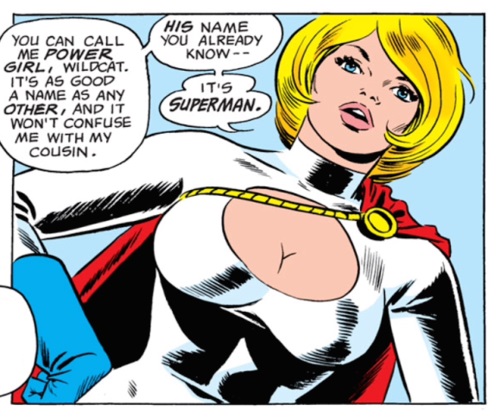 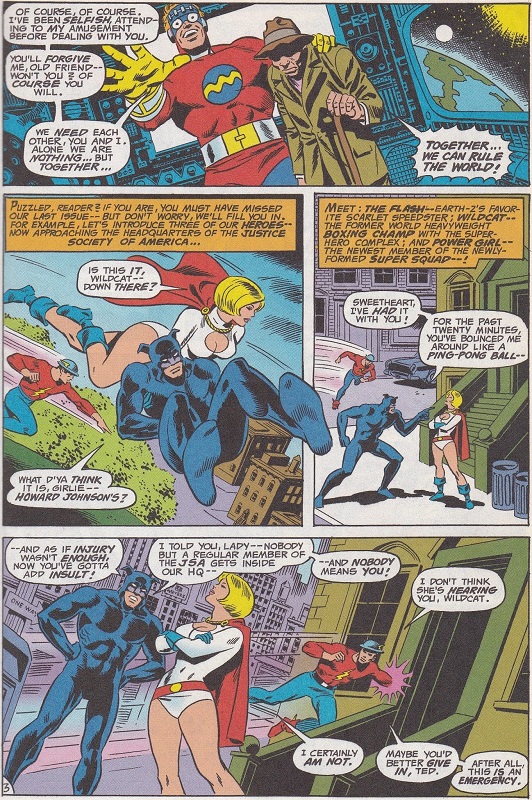 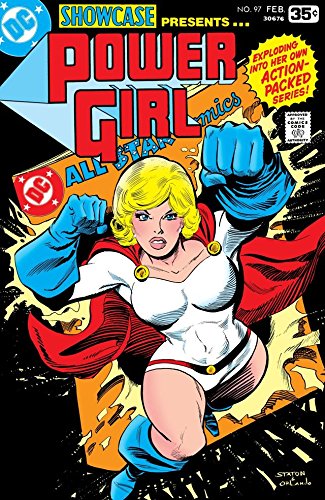 Power Girl is the version of Kara Zor-L from Earth-Two, the location that was created by DC as the home of their Golden Age heroes. Like her Earth-One counterpart, Power Girl is Superman’s cousin who was sent to Earth by her parents. She also has the same powers – superstrength, speed, invulnerability, flight, x-ray and heat vision, super-hearing, and freeze breath.

Gerry Conway, Ric Estrada, and Wally Wood created Power Girl, introducing her 45 years ago in All Star Comics #58 (January-February 1976). When she was a baby, Kara’s father realized that Krypton was going to explode and put her in a ship bound for Earth. Though she was sent at the same time as Kal-L (Earth-Two’s Superman) her vessel takes longer to get to their destination and she arrives decades after her cousin. By the time she arrived, Kara was in her early 20s. Her age was later retconned to 18 in post-Crisis continuity.

For a time, Power Girl stayed with Clark and Lois where she was kept out of the public eye until she could acclimate to Earth. Her superheroine adventures started when she helped the Justice Society’s Flash and Wildcat stop an artificially created volcano from erupting in China. Then Power Girl, Robin, and Star-Spangled Kid formed a Super Squad to help the JSA against Brainwave and Per Degaton. Later she became a full member of the Justice Society.

Though Power Girl was doing well as a superheroine, she struggled to fit into society since her formative years were spent traveling alone and being taught by the Symbioship. To adjust and learn she became friends with reporter Andrew Vinson and adopted the secret identity of computer programmer Karen Starr.

Power Girl then made her first contact with Earth-One during the Justice League of America #147 crossover. Since then, she was given a different origin as the descendant of Arion, an Atlantean sorcerer. She has participated in event series like Crisis on Infinite Earths and Blackest Night/Brightest Day. She had a solo series, partnered with Harley Quinn, and recently appeared in the Doomsday Clock event.