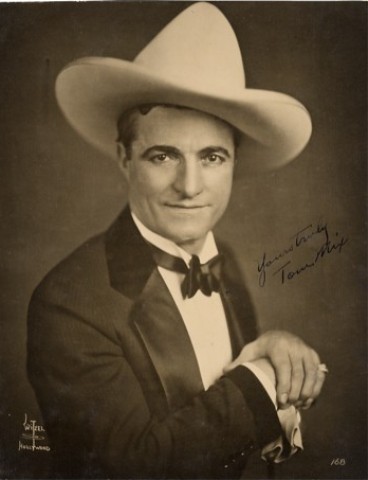 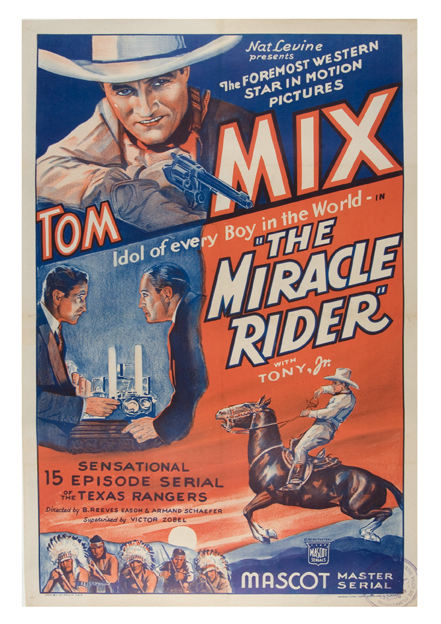 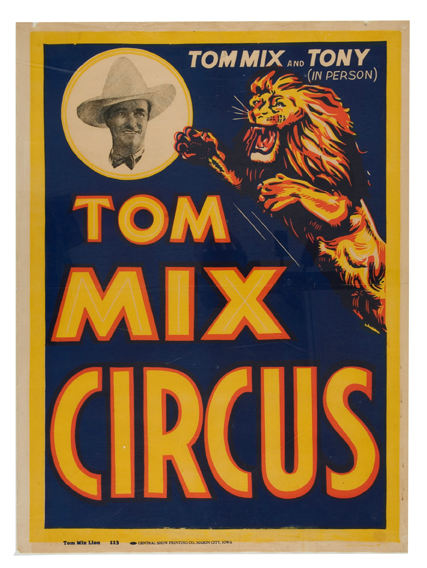 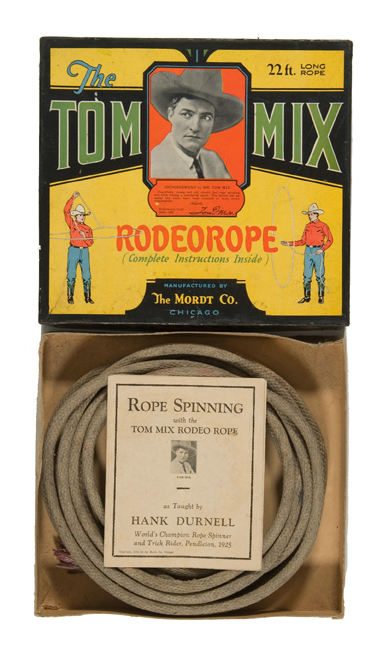 Thomas Hezikiah Mix, or Tom Mix, as many of us know him, was an American silent film actor and the lead cowboy for many early westerns. Between the years 1910 and 1935 he acted in over 300 films; all were silent features save for nine. He reportedly earned up to $17,500 per week, which was a pretty penny in the early 1900s, and is remembered for his showmanship and faithful horse, Tony.

Mix quickly became known for his ten-gallon hats, round-top boots, silk shirts and eagerness to accomplish his own death defying stunts. His films appealed to a young audience and his impressive ropework helped him stand out from all other cowboys of the era. And although often portraying a different character, Mix let his own lively personality trickle into that of the one he was playing.

Even after his death in 1940, his image lived on though radio, television, and comic books. The Tom Mix Show was aired from 1933 into the 1950s, and he appeared in various comic book series such as Tom Mix Ralston Comics and the series, Tom Mix Western.

He was quoted as describing his on-screen persona as, “I ride into a place owning my own horse, saddle, and bridle. It isn’t my quarrel, but I get into trouble doing the right thing for somebody else. When it’s all ironed out, I never get any money reward. I may be made foreman of the ranch and I get the girl, but there is never a fervid love scene.”