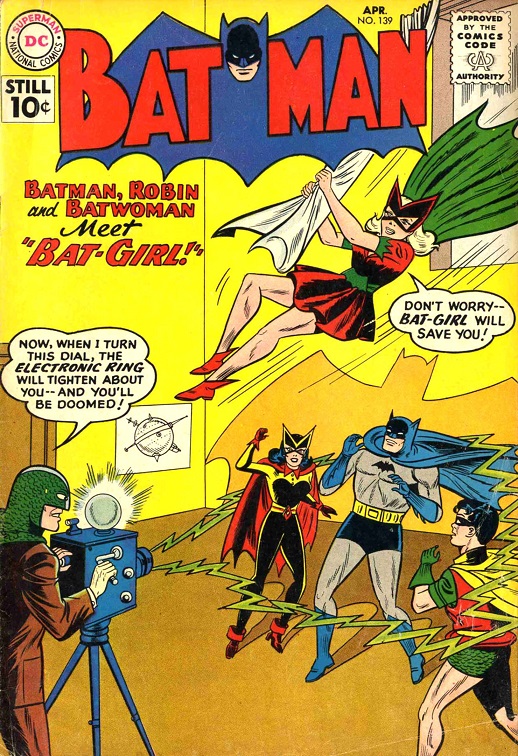 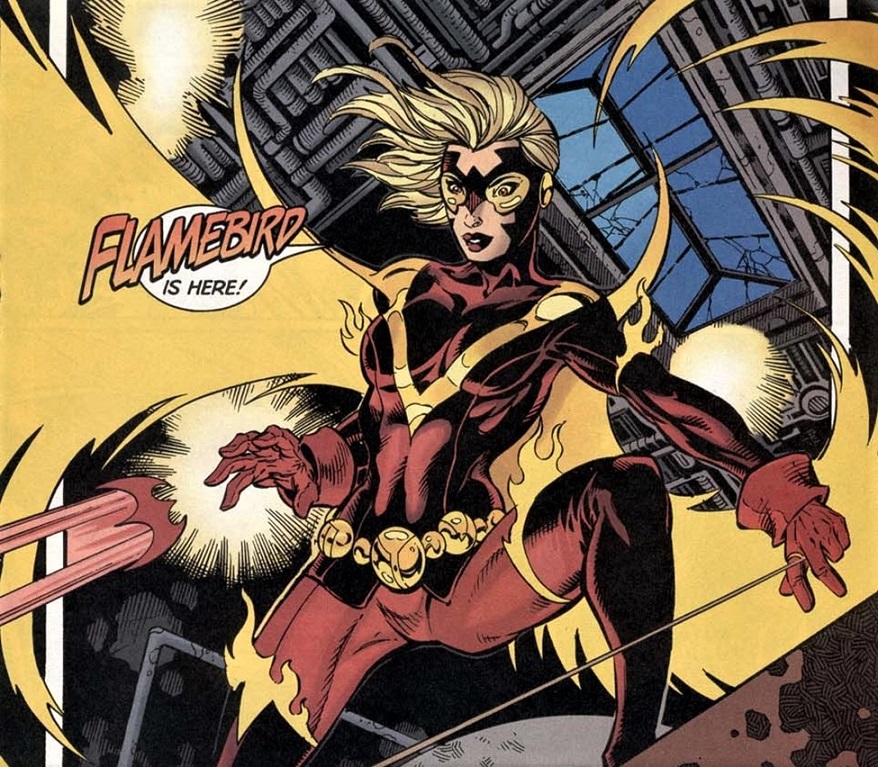 Betty Kane, the original Bat-Girl, was introduced 60 years ago in Batman #139 (April 1961). She became Bat-Girl when she discovered that her aunt Kathy Kane was Batwoman, and convinced the superheroine to train her as a sidekick. A creation of Bill Finger and Sheldon Moldoff, she and Kathy were developed in part as crime fighting associates and as love interests for Batman and Robin.

Betty had a few appearances in the early ‘60s, but editor Julius Schwartz shelved her, and a few other characters, when the Batman books headed in a new direction. In the ‘70s, she joined the Teen Titans West for a brief period.

In post-Crisis continuity, she was reintroduced as Mary Elizabeth “Bette” Kane using the identity of Flamebird. This version was a spoiled debutante and tennis star who saw Robin on the news and decided to become a masked figure to get his attention. Using her martial arts and gymnastic skills, she joined the Titans West, but when Robin remained uninterested, she quit the team. Finding her previous life to be unfulfilling, she tried to get back on the team, but was unsuccessful.

Later she helped Beast Boy when someone was committing crimes and framing him for them. Together Flamebird and Beast Boy worked on a Young Justice mission, then she worked alongside the Teen Titans to stop Doctor Light.

During Infinite Crisis, she helped in the fight against Superboy-Prime and was among the heroes who fought the Society’s invasion of Metropolis. In her most recent incarnation in DC Rebirth, Bette is studying at the US Military Academy. She stays in touch with Kate Kane/Batwoman (who is her cousin in the new continuity) and Julia Pennyworth.