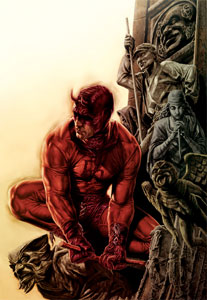 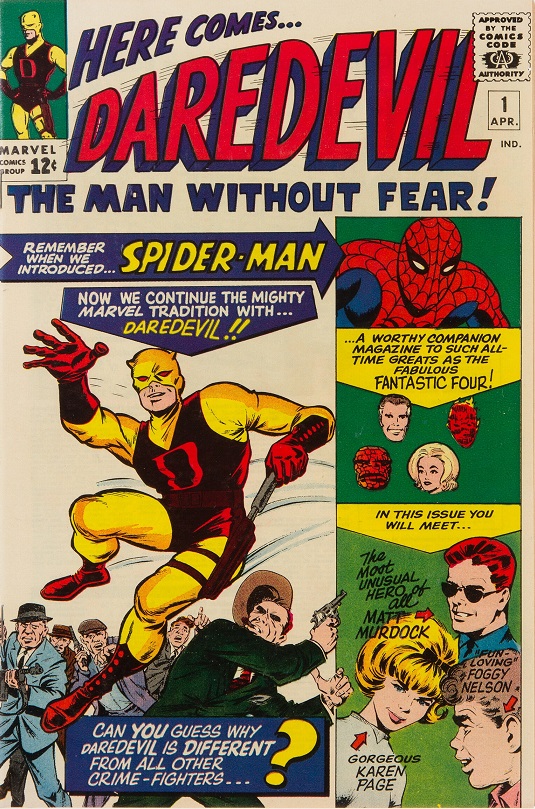 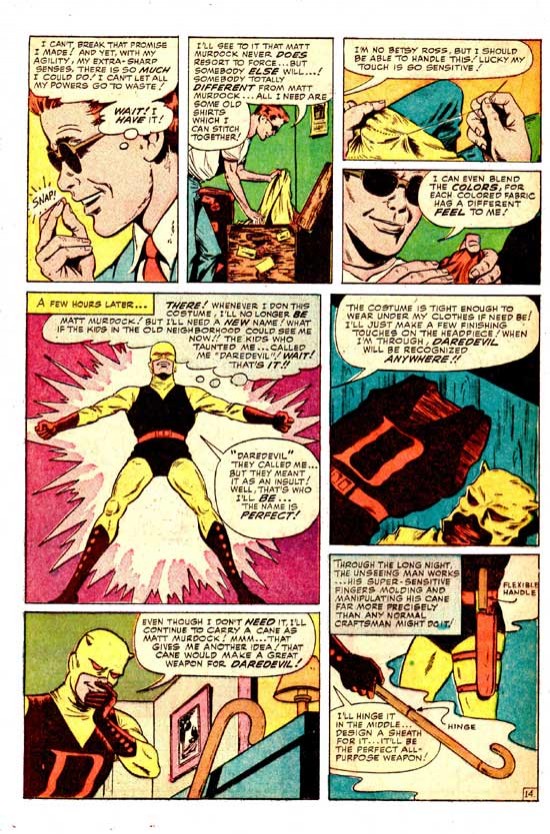 Most dictionaries define a daredevil as someone who is recklessly bold, engaging in risky pursuits. That sounds about right for a blind man who scales buildings and fights some dastardly villainous individuals.

Created by Stan Lee and Bill Everett, Marvel Comics’ Daredevil #1 premiered in 1964. Before he was Daredevil, Matt Murdock was raised in the Hell’s Kitchen neighborhood of New York City by his single father, “Battling Jack” Murdock, a fading boxer. Raised Roman Catholic, Matt’s father instilled in him strong values, including the significance of education and a nonviolent approach to life. As with many fathers, Jack wanted his son to become a better man than he is, but when he refuses to teach Matt how to defend himself, Matt is left somewhat unprepared to deal with bullies and is branded with the disdainful nickname “Daredevil”.

Embarrassed and frustrated, Matt secretly started training how to fight. His nobility still intact, Matt rushed to save a blind man from being hit by a truck, but was ironically blinded by the radioactive material that splashed off the truck. Exposure to the material changed Matt, effectively stealing his sight, but heightening his other four senses beyond the normal human levels. A mysterious man named Stick became Matt’s teacher, helping the confused young man learn how to control his abilities and hone his natural skills for acrobatics and martial arts. Also blind, Stick taught Matt how to form mental images of the objects around him, developing a radar sense.

Still wanting to make his father proud, Matt worked hard in school and enrolled in Columbia School of Law. Unfortunately, while Jack struggled in his boxing career, he took on a job as an enforcer for a crooked boxing manager, known as the Fixer. He then rigged a series of fights for Jack to reign victorious, but it came at a price. The Fixer told Jack to lose the fight against “Crusher” Creel, but Jack disobeyed, prompting the Fixer to have him killed.

Devastated by his father’s death, and the judicial system’s failure to vindicate him, Matt seeks retribution for all who suffer at the hands of criminals. Now a lawyer, Matt opened a law office with his best friend Franklin “Foggy” Nelson, putting as many baddies away as he can. But outside of the courtroom, Matt honors his father by forming a costume of yellow and black, the same colors as Jack’s boxing robes, and takes on the mocking nickname he was given as a child, to fight criminals as Daredevil.