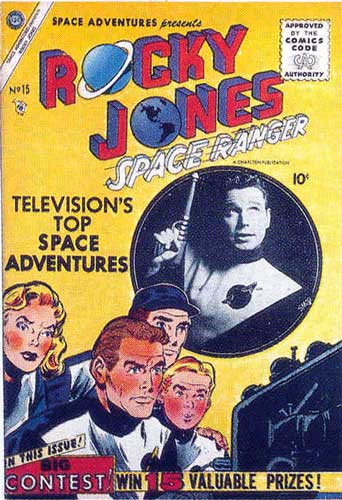 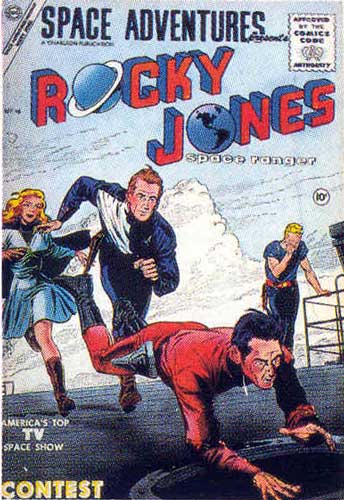 Like many of his 1950s era space-piloting contemporaries, Rocky Jones was pretty popular with the kiddies. And why not? Despite its low budget and standard Space Ranger plots, every kid watching the 39 original episodes, which aired between 1953 and 1955 and were later recut and rereleased as a full-length feature, believed in the heroism and deep space adventures of the dashing star.

Richard Crane starred as the title character, a man whose record and reputation were so pristine, he was rarely (if ever) proven wrong or reprimanded by a superior.

Joined by his sidekick Winky (played by original Our Gang member Scotty Beckett), his on-again, off-again flame Vena Ray (played by Sally Mansfield), Rocky Jones’s chief objective was to defeat the alien supergroup, the Officians (said to embody and reflect an anti-communist sentiment).

One of the series’ distinguishing factors was that it was continuous, instead of episodic – so that it ran in a sort of soap opera-like sequence that never repeated or deviated from the developments of the plot before it.

Though he’s rarely remembered today, Rocky Jones's legacy as a Space Ranger par excellence remains in tact. He even flirted with rekindled fame when his film work was briefly featured in two Mystery Science Theater 3000 episodes.