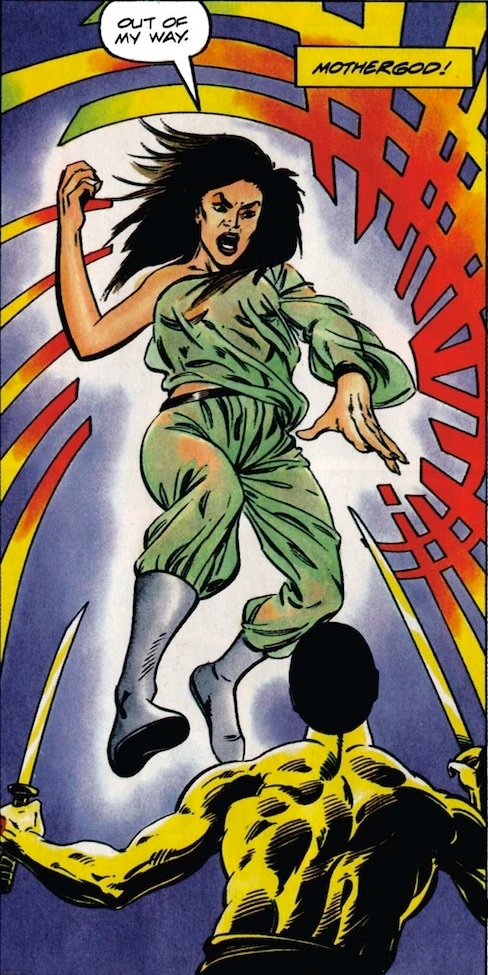 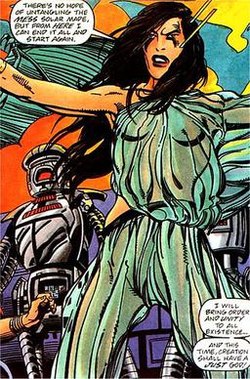 Mothergod was an important figure in Valiant Comics’ original continuity who was part of a major, company-wide crossover. The character, who can manipulate energy and matter and warp reality, was created by Jim Shooter, Barry Windsor-Smith, and Bob Layton.

She was introduced in Solar, Man of the Atom #1 (1991) as Erica Pierce, a physicist who was working with Phil Seleski at Edgewater Nuclear Plant when the original near-explosion happened. As Phil became the hero, Solar, Erica’s history of abuse and mental illness triggered her to become the villainess, Mothergod.

Not only did the accident give them powers, it was so powerful that it started collapsing their timeline. They were both sent forward into a timeline created from Solar’s imagination. Mothergod found the Erica Pierce of that timeline, killed her, and adopted the other Erica’s son. She also became obsessed with destroying the timeline that Solar created.

She set about to create a new timeline, which became the Unity event. Valiant heroes gathered together and were able to stop her, sending Mothergod through a wormhole of non-existence where she could no longer change the timeline.