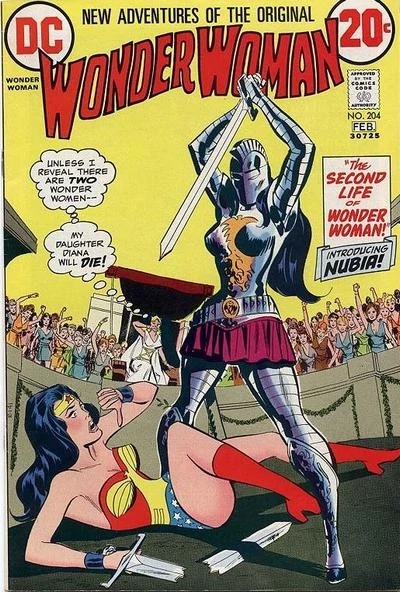 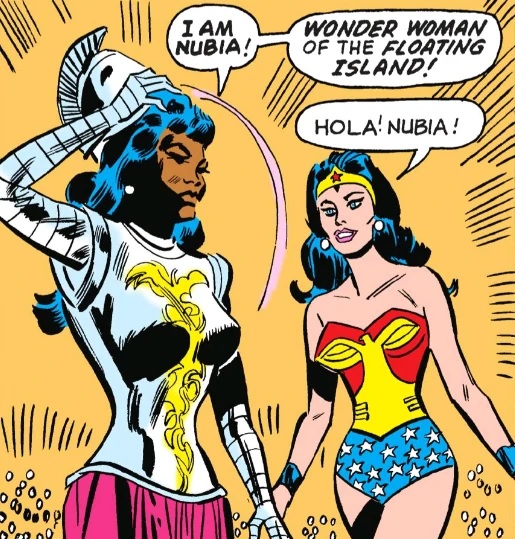 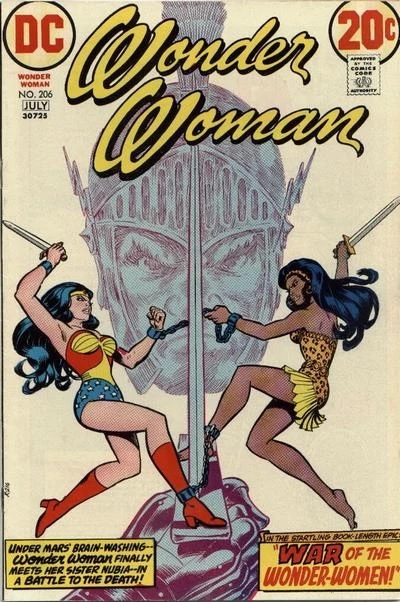 Themyscira, or Paradise Island, is populated by warrior women, although very few can match blades with Wonder Woman. One that can stand up to Diana is Nubia.

Created by Robert Kanigher and Don Heck, Nubia was introduced in Wonder Woman #204 (January 1973) after Diana had her memories restored. Nubia confronted Diana and challenged her to combat, first by wrestling and then upping the ante to swords. They were evenly matched until Nubia knocked the sword out of Diana’s hands, but did not strike a deathblow. Nubia told Diana that she was the true Wonder Woman and promised that they’ll meet again to determine who should hold that status. While Nubia left for her Floating Island, Queen Hippolyta thought she recognized the mysterious woman but did not tell anyone.

The next issue picked up after Nubia left Paradise Island and showed Nubia and Hippolyta sharing an embrace. Back on her Floating Island where Nubia ruled over a community of men, she found two men fighting over who would claim her. Nubia warned them that no man would ever own her and defeated them in combat to make her point.

The following issue saw Wonder Woman’s origin story revised. A flashback saw Hippolyta making two babies from clay, one being Diana and the other being Nubia. Once the gods breathed life into them, Mars kidnapped Nubia and raised her to be his tool to destroy the Amazons. They attacked Paradise Island and when Diana and Nubia were fighting, Diana saw that she was wearing Mars’ ring. Diana wrested it from Nubia and smashed the ring and Nubia was released from Mars’ mind control. Together, Diana and Nubia defeated Mars, then Nubia left with her warriors to find a way of living in peace.