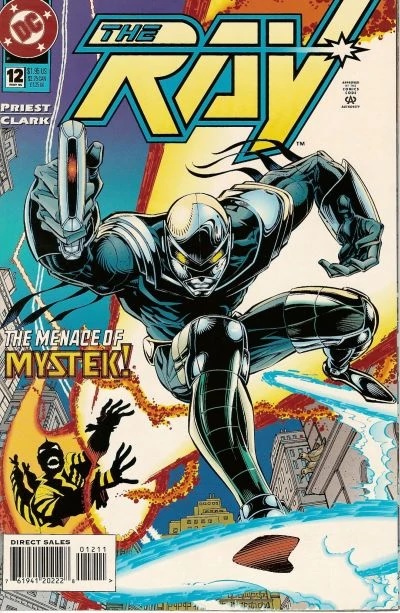 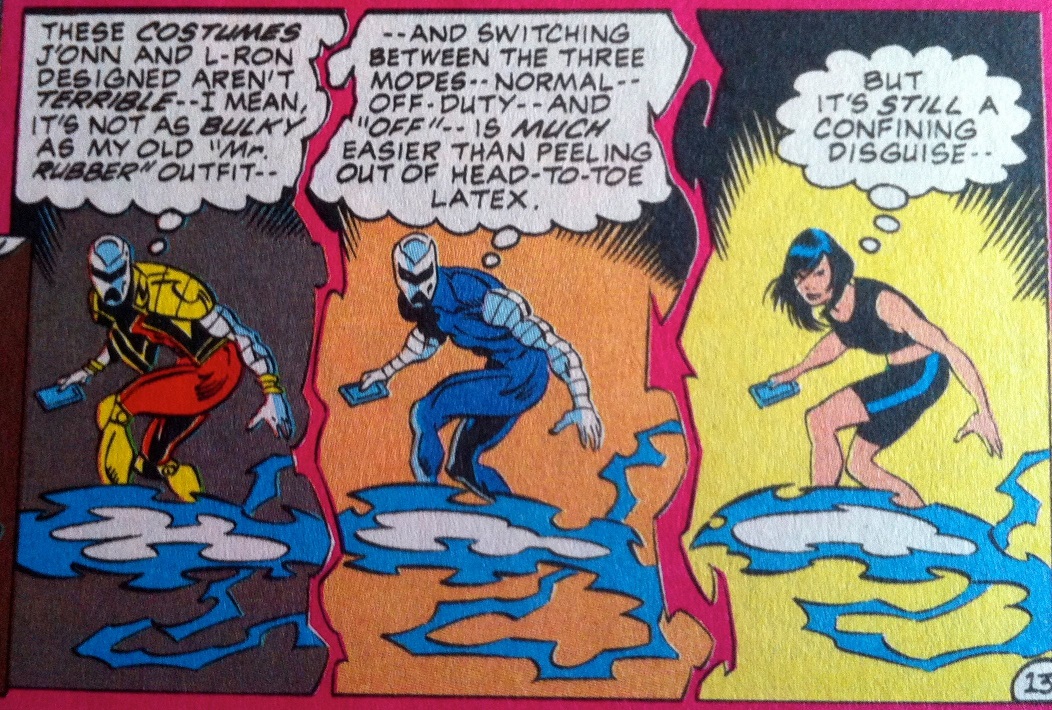 Many comic book characters have trauma in their pasts that they use to either rise above and become heroes, or embrace and become villains. But, there’s a segment in between who just try to survive the memories. Mystek is one of those characters.

Mystek is a creation of Christopher Priest and Manny Clark who can manipulate energy at the atomic level and use quarks to create elastic, proactive matter. She can use electronic devices as windows for the matter which she can use to fly or form energy blasts.

The character debuted in Ray Vol. 2 #12 (May 1995) as Seong, a young Korean woman from Queens. Her father was doing some kind of mysterious work that got him captured, likely by federal agents. This instilled in her a level of paranoia and fear of the government. Wanting to stay under the radar, Seong created a costume modeled with a male physique to further hide her identity.

She moved to Philadelphia where she was running an electronics store when Raymond Terrill/the Ray, visited her store. He set off the sensors she had hidden in the store, announcing him as a powerful metahuman. Thinking that he was there to capture her, Mystek went on the offensive, attacking the Ray. To protect himself and his identity, he used his solid light powers to make her see Raymond Terrill and the Ray separately.

Later when she was able to decipher his illusion, Mystek started hunting for him. Once she found his apartment, Mystek ventured across his electron shield and was transported to the Justice League Task Force’s headquarters. Finding herself face to face with the JLTF, she assumed they were a government agency who would experiment on her, and she attacked, using her energy blasting abilities to flee their headquarters.

A few weeks later, the Martian Manhunter came to her store to talk to her, but Mystek attacked again. During the fight, he told her that he had sensed her fear and wanted to help her. Martian Manhunter offered her membership to the JLTF, gave her an electron shield, and a new costume (which still looked male).

Unfortunately, her time with the team was short-lived. When the team was traveling to the planet Xanthcar for a mission, her extreme claustrophobia overwhelmed her, and Mysek ejected herself from the cramped pod and out into open space where she died.