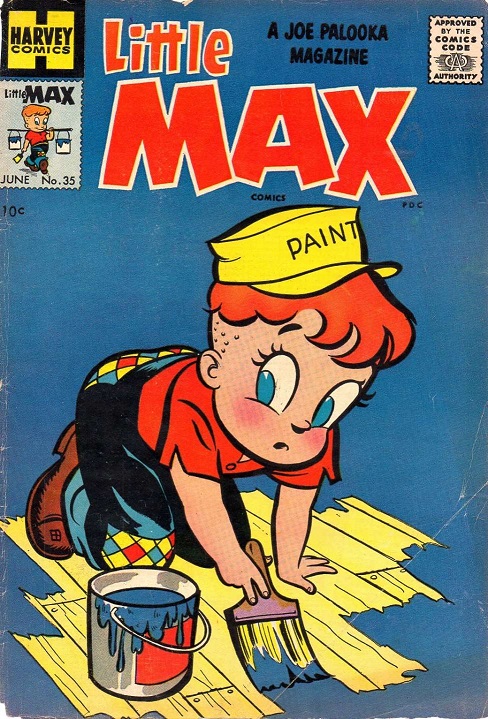 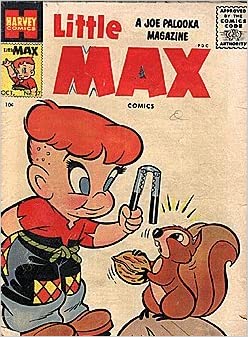 The Harvey stable of superstars is populated with some fabulously forefront-stealing personalities (Casper, Richie Rich and Little Lotta spring immediately to mind) and some obscure, lesser known eccentrics, desperately clamoring for a little time to shine (think Little Audrey). This week, we pay tribute to one of Harvey’s quirky little guys who falls into the latter category: Little Max.

First featured in Ham Fisher’s Joe Palooka series, Little Max was an adorable 8-year-old fan and sidekick of the oft-pummeled pugilist. With red hair, batting blue eyes and wide-brimmed hat, Little Max’s most defining characteristic was his inability to speak.

When Harvey licensed the Joe Palooka character in 1945, they brought Little Max along with him and gave him his own title just four years later. The chipper little scamp was soon touted as “the cutest kid in comics.”

But how could a boy who couldn’t speak fill the word balloons that are every comic book's staple? Why, he could fill them with thoughts, of course! His musings were captured in thought clouds enhaloed over his cherubic head.

Though his comic book lasted 12 years (1949-1961), with Joe making regular appearances and a faithful pair of age-appropriate friends added to spice to Max’s adventures, he never rose to quite the level of acclaim that some other of Harvey’s heroes did.