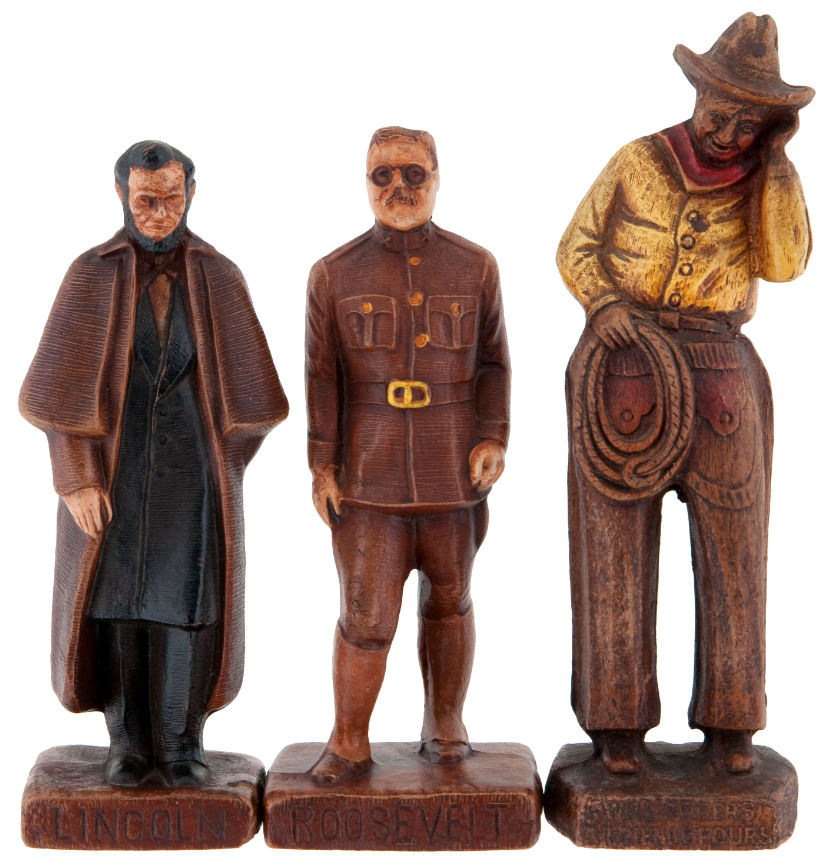 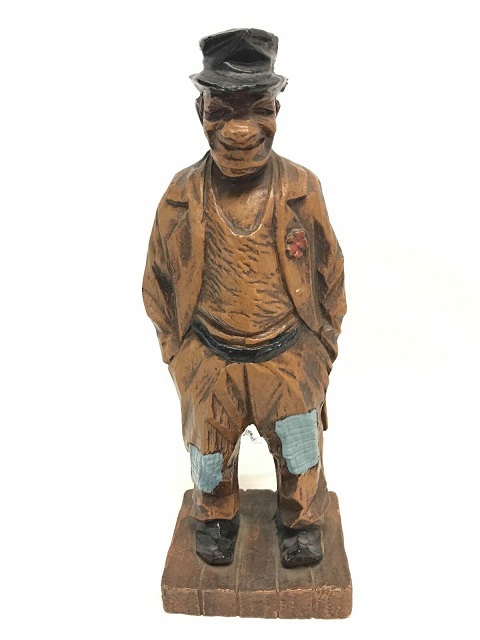 Adolph Holstein, a skilled European immigrant woodcarver, founded the Syracuse Ornamental Company in 1890, specializing in making hand-carved decorative components for the furniture industry. Demand for the company’s intricate products soon exceeded production capacity, so Holstein developed a process to mass-produce replicas of the carvings by compressing a mixture of wood flour, waxes, and resins into molds.

In the 1930s and 1940s the company changed its name to Syroco Inc. and manufactured a line of novelty items – cigarette boxes, pipe racks, plates, serving trays, and figurines of popular entertainers and public personalities, for sale in roadside souvenir shops. Syroco Inc. continued in business for many years, but production of the figures was discontinued by about 1950.

Syroco products of greatest interest to collectors are the 1941 Great American Series of historic personalities (about 6” tall). For many years it was believed by collectors and historians similarly-styled figures copyrighted by King Features Syndicate were Syroco products. It is now known that this series was produced by the company, Multi-Products, Inc. of Chicago.

In 2000, Dark Horse Comics initiated its Classic Comic Characters line with Krazy Kat, the first of numerous Syroco-like lines the company has produced.