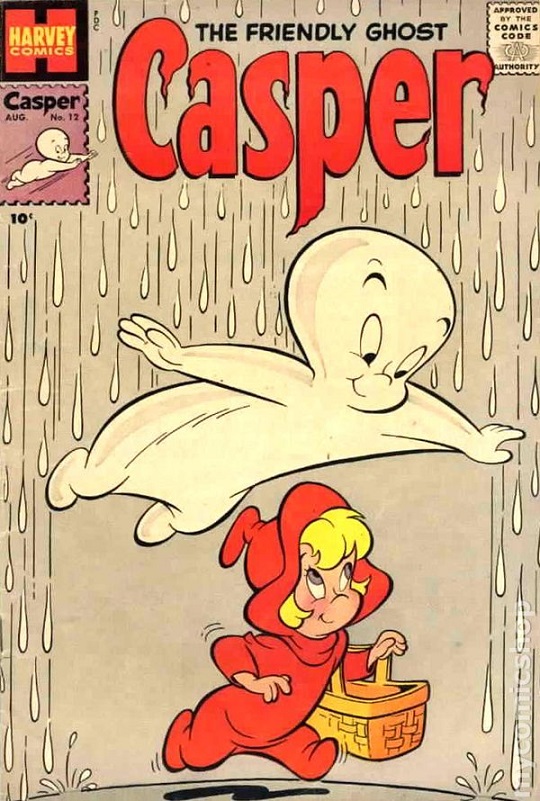 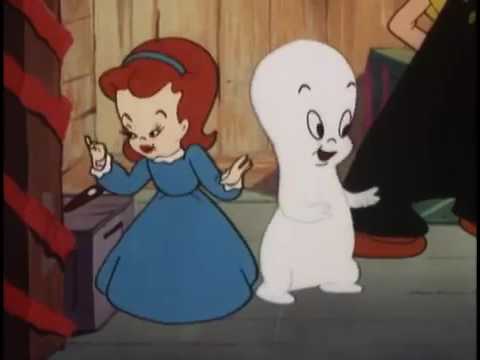 Casper, The Friendly Ghost, created by Seymour Reit and Joe Oriolo, made his debut in animated cartoons in 1945 and has grown over the years into a merchandising giant through films, comic books, and television series.

Between 1950 and 1959 Paramount - Famous Studios produced 62 Casper cartoons telling the simple story of the ghost who just wanted to make friends, not scare people. (“A g-g-ghost!”) Casper made his first television appearance in 1959 on ABC in Matty’s Funday Funnies, sponsored by Mattel toys.

A $50 million Casper film produced by Steven Spielberg was released in the summer of 1995, with a direct-to-video sequel that recently followed. Fellow characters include Good Witch Wendy, Spooky, The Ghostly Trio and Nightmare.

Casper made his first comic book appearance in 1949, then started again in 1950, and again in 1953, this time from Harvey Comics, which has also produced a wide variety of spin-off comic books and magazines. Harvey also acquired the television rights from Paramount-Famous in 1958.

The merchandising of Casper has been extensive, including everything from costumes to candy dispensers to jewelry, records, toys, etc. Casper has also been an official recruiter for the Boy Scouts of America, and in 1972 he flew to the moon (painted on the side of Apollo 16).