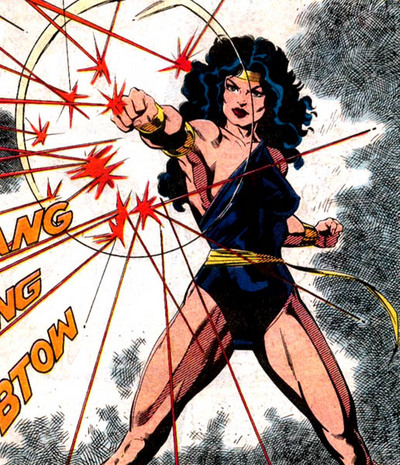 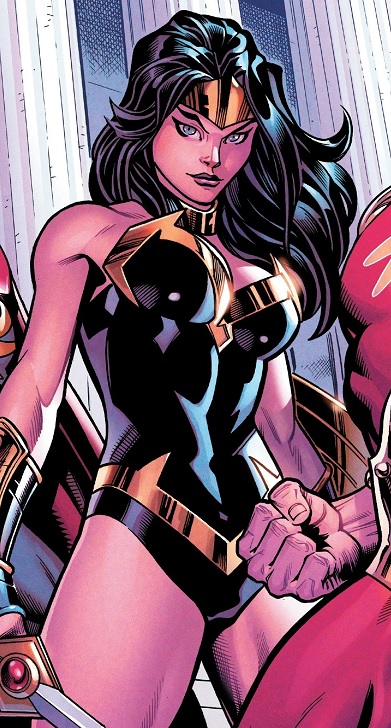 Zarda, the Power Princess is a superheroine who hailed from Earth-712 where she lived on Utopia Isle. The Utopians created a culture of peace and community with no poverty or war on their island. But, when the atom bomb was created the Utopians decided to leave Earth in search of a new home. Zarda, who was introduced in Defenders #112 (October 1982), chose to stay behind to defend Earth as the Power Princess.

Created by J.M. DeMatteis and Don Perlin, Zarda has superstrength, speed, agility, she knows how to use several types of weapons, and she is a skilled fighter. She became a member of the Squadron Supreme, fighting the Overmind, Null, the Living Darkness, and the Institute of Evil in early outings with the team.

Zarda was in a relationship with a sailor named Howard Shelton until the Hyperion of Earth-616 (who was pretending to be his Earth-712 counterpart) grew jealous and killed him. The Earth-712 Hyperion returned, they took out the imposter, and Zarda started seeing Hyperion.

Her next move was to become leader of the Squadron. She led them in a fight with Nighthawk, who had turned on the Squadron, and his team of Redeemers. When the Nth Man attacked, Power Princess and the Squadron Supreme became stranded on Earth-616. After helping save New York City from Eon, the Avengers helped get the Squadron back to their Earth where they found that a dictator had taken over their world, and the Squadron became fugitives.

Proteus found his way to their reality and tricked them into fighting the Exiles so he could bounce to another reality. Together Power Princess and the Exiles exposed the corrupt government and stopped Proteus.

When two realities collided, Earth-712 was destroyed with Power Princess as the only survivor. She escaped through an interdimensional portal, fought an alternate version of herself, then found her way back to Earth-616.