Who Were the Zeroids? 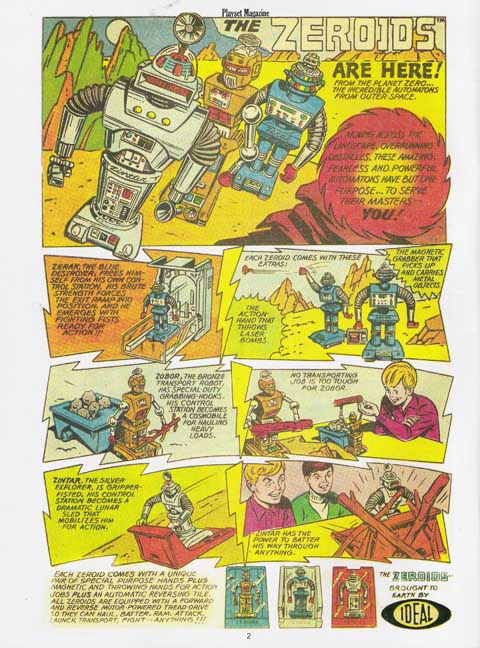 They came from outer space. Or at least from Ideal Toys.

In 1967, a pretty good time for toys, the Zeroids arrived. Their initial release featured three robots released separately, including Zerak, Zobor and Zintar. They could be purchased on their own or together with a “Solar Cycle” or in an action set.

The fourth of the original Zeroid, Zogg, was the commander, and he (it) could at first only be purchased in the action set.

Ads such as the one accompanying this article ran in comic books, including the one based on another Ideal Toys product, Captain Action.

Over the years, a number of different iterations and play sets were produced, but eventually the line petered out.

Now, the characters are returning in comic book form from our friends as Moonstone Books. As we’re learning more about this new version, we’ll also explore some of the interesting history of the toys.