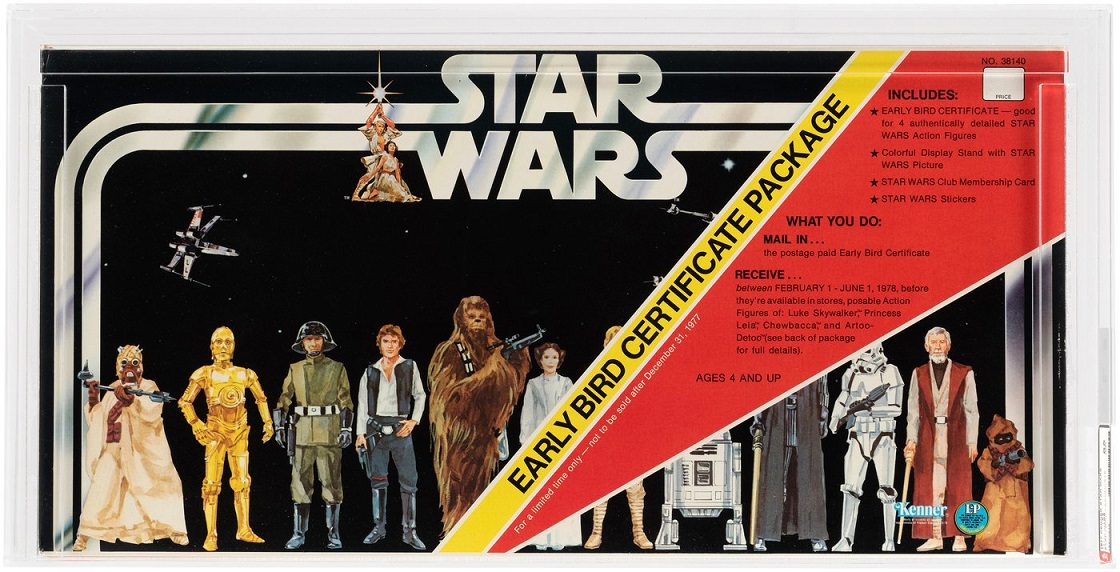 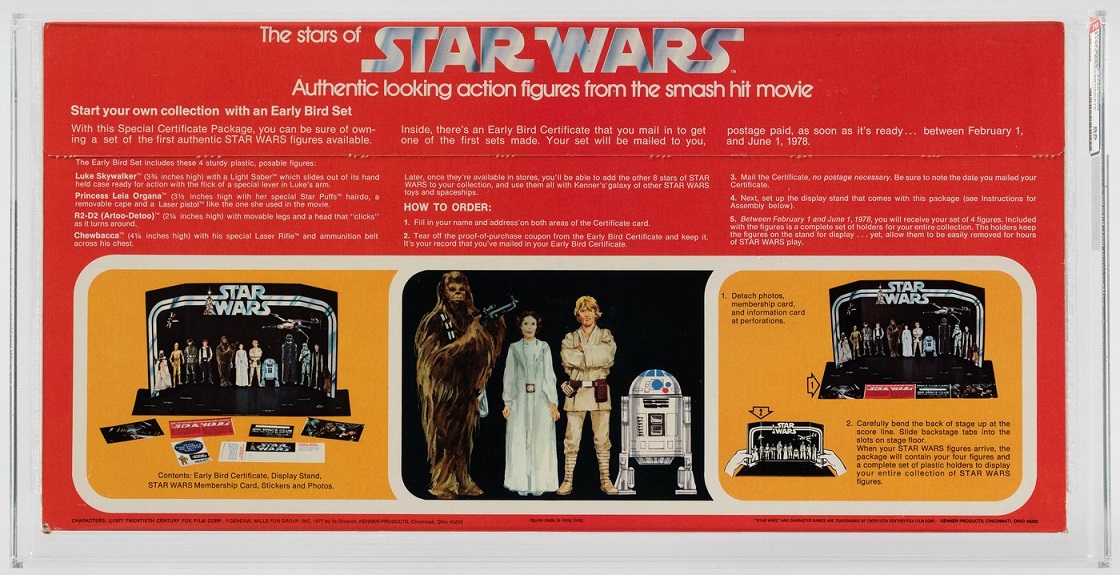 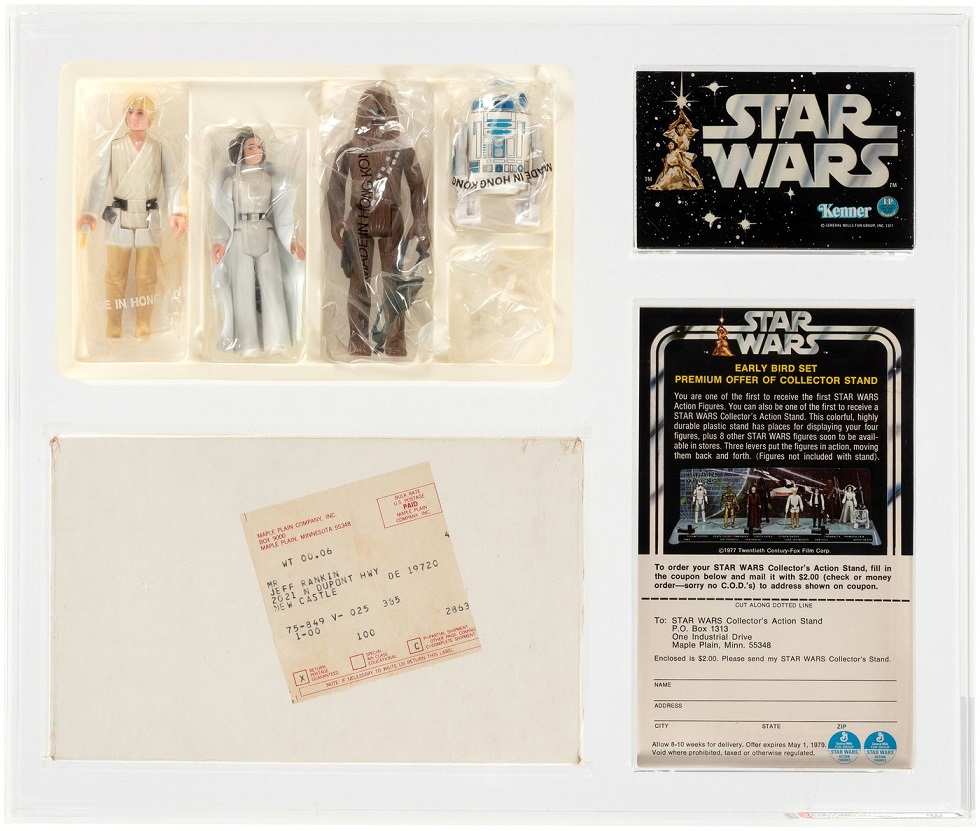 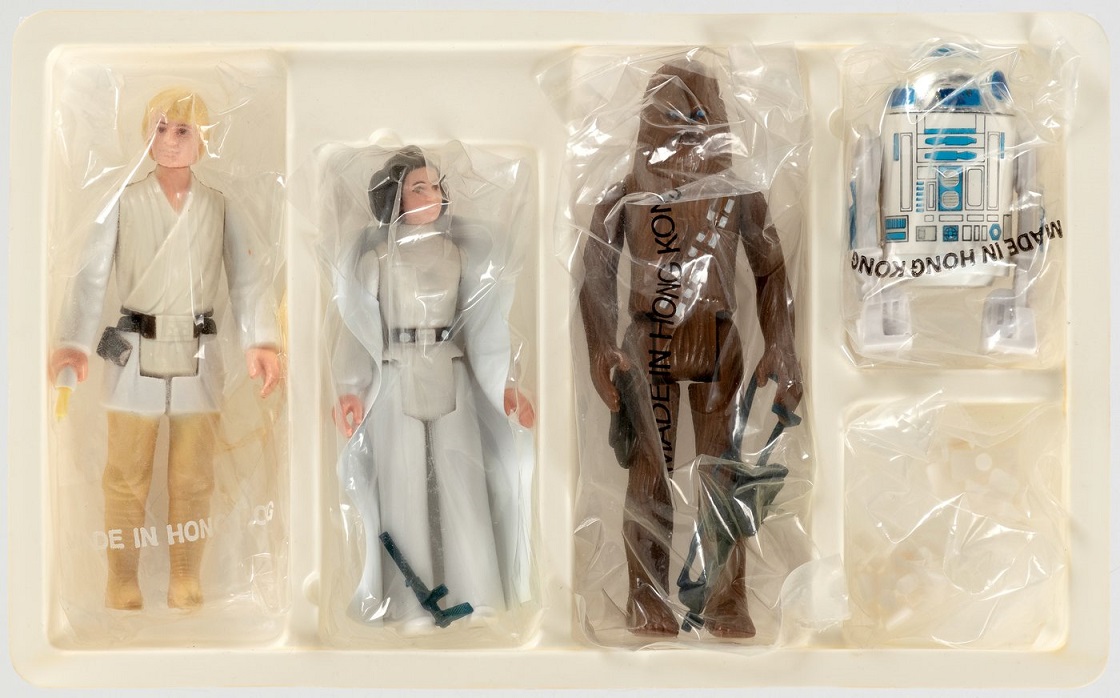 Star Wars toys had a major impact on movie tie-ins, movie marketing campaigns, and the toy industry at large. Advertising/publicity supervisor Charles Lippincott, George Lucas, and 20th Century Fox had an ambitious marketing plan for the film to ensure interest before the movie was even released in theaters. In 1976 the Star Wars toy license was offered to the Mego Corporation, the leading action figure producer of the 1970s, but they turned it down.

After being shopped around, the license went to Kenner, a subsidiary of General Mills. Movie toy licenses hadn’t been very successful as films were considered too fleeting to sustain and build sales. Kenner had established themselves as savvy handlers of licensed material on their license for The Six Million Dollar Man based on the TV show. Kenner President Bernie Loomis also saw it as an opportunity to make good toys in the new 3-3/4” scale, which would be cheaper to produce than the larger figures that were popular at the time.

Kenner received massive interest in Star Wars toys and the company had a short amount of time to design, test, produce, and package the figures. Because they weren’t able to build stock before the holiday season of 1977, they sold an “Early Bird Certificate Package.” It included a cardboard display stand featuring the characters and a certificate that could be mailed to Kenner and redeemed for the first four figures of Luke Skywalker, Princess Leia, Chewbacca, and R2-D2. The box also had a diorama display stand, stickers, and fan club membership card. By the time figures were in stores, C-3PO, Darth Vader, Stormtrooper, Ben Kenobi, Han Solo, Jawa, Sand People, and Death Squad Commander were added to the line, for a total of 12 figures.

In their Star Wars Special Event Auction, Hake’s is offering these rare collectibles, starting with the Early Bird Certificate Package AFA 85 NM+. The stiff illustrated envelop contains the sealed kit with the cardboard stand, stickers, and coupon to be redeemed for the first four figures.

The next desirable lot for discerning collectors is the Early Bird Mailer Kit AFA 80 NM. It features the original white mailing box, Luke Skywalker with double-telescoping lightsaber, Princess Leia, Chewbacca, and R2-D2, and the foot pegs for the cardboard stage, all in baggies in the vacuform plastic tray. It also includes the mini-catalog and action stand offer paper.