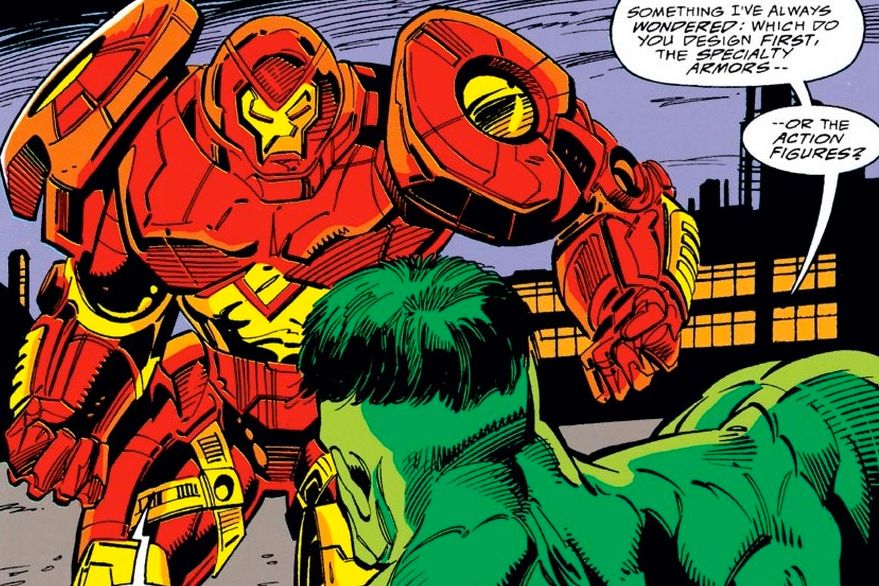 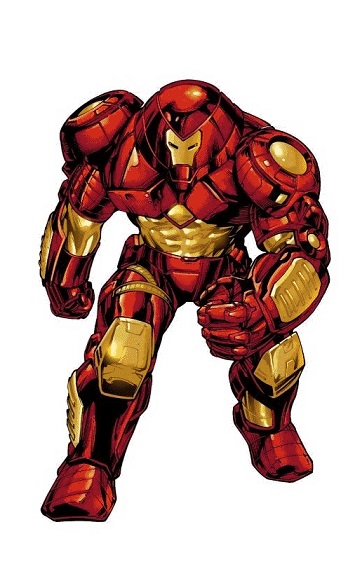 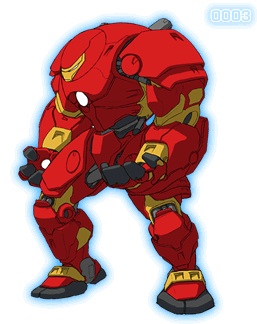 As seen throughout Iron Man comics, Tony Stark developed several different Iron Man suits that could be used for just about any situation. In Iron Man #304 the Hulkbuster Armor, official name Iron Man Armor Model 14, made its first appearance. Designed by Tony Stark, the suit was created for fights with the Hulk. It was first used when Hulk fought Iron Man over production of gamma bombs. Tony Stark and Bruce Banner met at a production plant to discuss the situation. Stark admitted that Stane International had performed illegal operations but that the news was a smear campaign. They were able to come to an agreement and dismantled the plant.

The Hulkbuster Armor is a heavy duty exo-frame and is the largest Iron Man armor to date. The armor has magno-hydraulic pseudo-musculature which gives the wearer an extreme level of strength allowing them to lift up to 175 tons or 350,000 pounds. The added size and strength comes at the cost of mobility and versatility. There are sensors in the suit focused to detect gamma radiation, it has carbon composite plating that is impact-resistant, and an anchoring system. This suit was an add-on exoskeleton to the Modular Armor, therefore the modular armor systems were still working, which means that each individual piece of the suit could have different features and capabilities.