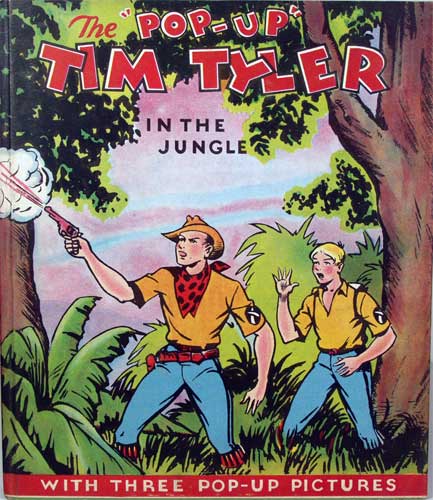 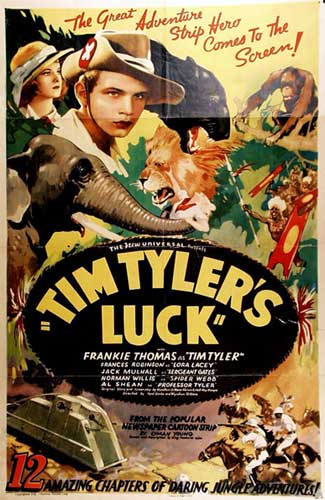 Did you know that the creators of Tim Tyler’s Luck and Blondie were brothers? Though Blondie creator, Chic Young, remains the more famous of the two, his elder sibling, Lyman, shares in some of his brother’s prolonged success, as he must have been his inspiration to pursue work in the comics industry.

Lyman Young created Tim Tyler’s Luck, a strip about an orphaned boy who sets off on a life of adventure, debuted in 1928. America immediately sympathized with his parentless plight, but it wasn’t until Tim Tyler left the orphanage and began globetrotting, foiling poachers in Africa and attacking spies during WWII, that readers really sat up and took notice.

It’s strange. Tim Tyler’s Luck and Blondie are about as different as east from west, and yet both found respectable niches and both experienced widespread multimedia success. Tim Tyler appeared in Big Little Books, film serials and several comic book titles. Even after Lyman's departure from the strip (which he eventually handed down to his son, Bob), the series continued a pretty successful run throughout the ’70s. Bob’s version, however, failed to maintain his father’s visions and fans, so Tim Tyler’s Luck steadily began to lose circulation. The strip is widely known as one of the very few that remained in print in a single newspaper for years after all its other carriers dropped it. The Conroe Courier ran the strip until 1996, when it lost print forever.

While we’re reluctant to say, “Everybody loves Tim Tyler,” the way we so boldly declared that sentiment for Blondie, we must say that someone loved Tim Tyler – enough to hold on to its legacy as long as practically possible.