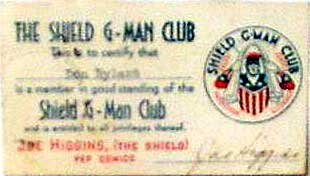 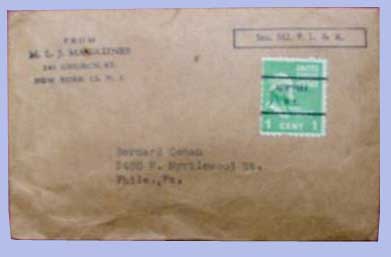 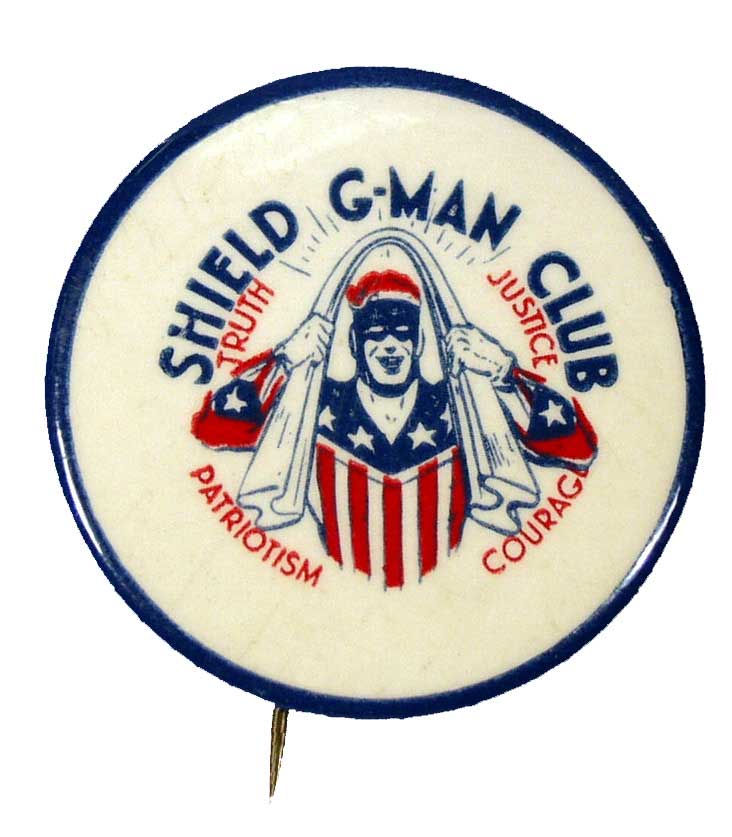 Many people have recognized The Shield as the first patriotic superhero, but did you know the Shield G-Man Club ran from 1941 until 1948? Truth, justice, patriotism, and courage were represented by the four stars on the Shield’s extraordinary uniform – the uniform that gave him all his powers – and his true identity, Joe Higgins, was only known by FBI director J. Edgar Hoover.

And based on the exploits of the MLJ Magazines hero, the Shield G-Man Club was first advertised in Pep Comics #15. It offered a red, white, and blue badge and membership card in exchange for a 2¢ stamp (those were the days!). Unlike other such clubs, like U.S. Jones for example, which concentrated on homeland defense, the Shield’s club’s theme was more geared towards crime fighting (and it encouraged members to write in with their law enforcement experiences).

There were two varieties of the Shield badge. The first, introduced with the beginning of the club, was 1-3/4”, and the second, introduced in 1943, was slightly smaller at 1-1/4”.

In 1948, with many superhero comics on the wane and MLJ’s Archie titles on the way up, the dissolution of the Shield G-Man Club was announced. Pep Comics #66 carried the message that the club would be known as the Archie Club. Members were requested to send in their membership cards in exchange for which they were to receive a new Archie Club button free of charge (new members could join for 10¢ – you just knew the 2¢ was too good to last). This should help explain why the membership cards from the Shield G-Man Club are so hard to find and so prized by collectors today.