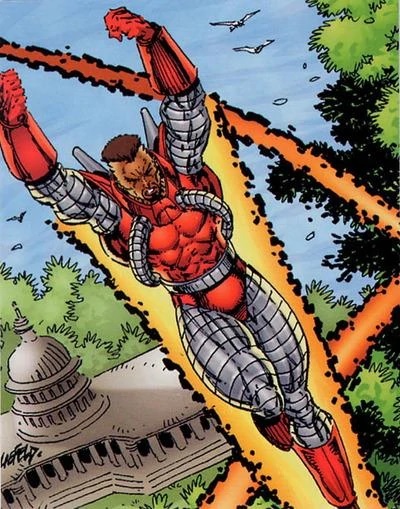 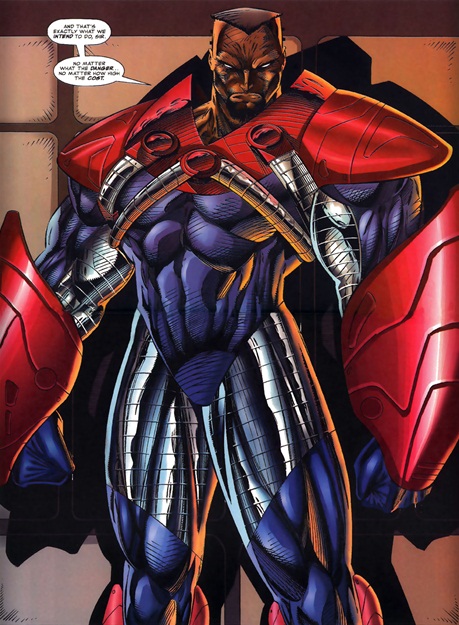 Marcus Langston, aka Sentinel, is a cautionary tale about the power to change the future. The Image Comics hero-turned-villain was created by Rob Liefeld and introduced in Young Blood #1 (April 1992).

Langston was born into a poor family with a thief for a father who stole Storybook Smith’s book. Assuming the book had no value, the elder Langston gave it to his son. When Marcus opened the magical tome, he was surprised to read the story of his life and its tragic conclusion of being killed while trying to rob a liquor store. Rather than accept his fate, Marcus rewrote his story to give himself a better life.

Flashforward to when he was an adult, Marcus created a powered suit of armor for the government. To impress his co-worker and love interest Elizabeth, he wore the suit during its test run for the military. The government was impressed with his work and decided to let him keep the suit if he’d create more tech for them. Soon after that, he and Elizabeth got married, and when the government created Youngblood, Marcus was put in charge of the team as Sentinel.

Things were going well until his teammate Riptide – Storybook Smith’s daughter – found the magic book at his home and took it. He tried to steal it back when she was out, but she interrupted his theft and the ensuing fight ended with Sentinel killing Riptide. His next move was to frame Knightsabre for the murder, but the truth came out during the trial. Sentinel set out to write a story of an explosion from which he’d be the lone survivor, but he was stopped before the massacre could occur. Later, when Marcus returned he had become the leader of the villains, Badblood.