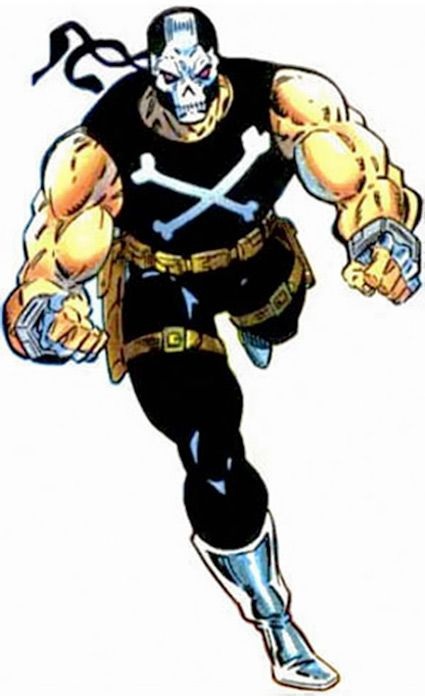 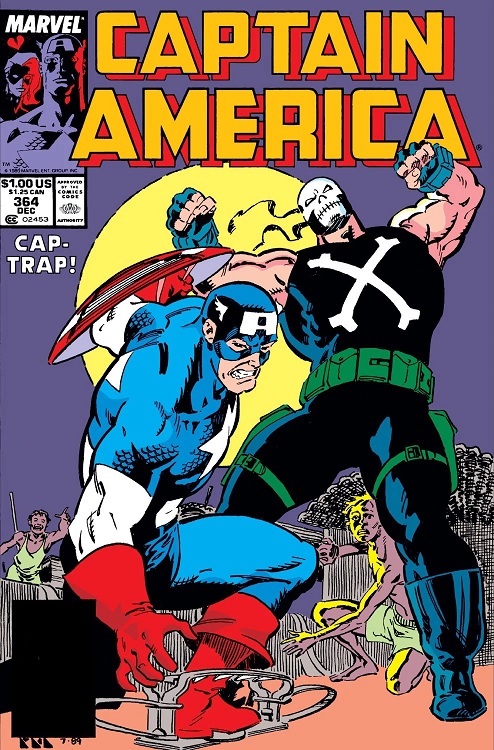 Brock Rumlow/Crossbones is a nasty piece of work. The former gang leader, fugitive, and mercenary works for Red Skull and has tangled with Captain America on several occasions. He was created by Mark Gruenwald and Kieron Dwyer and had his first full appearance in Captain America #360 (November 1989) after a cameo in the previous issue.

Rumlow was the leader of the Savage Crimes gang where he assaulted 15-year-old Rachel Leighton/Diamondback and fought her brothers, killing one of them. On the run, Rumlow joined Taskmaster’s school for criminals and rose through the ranks to become a teacher, now going by Bingo Brock.

He became a mercenary, working alongside the communist Red Skull, Albert Malik. They traveled with other mercs to invade Arnim Zola’s home and Rumlow was the only one to survive. There, he met the original Red Skull who enlisted Rumlow into his service and gave him the codename, Crossbones.

Red Skull sent Crossbones on a mission to report on Baron Helmut Zemo’s efforts to get the Bloodstone fragments, then steal them. Crossbones snuck onto Zemo’s ship and fought Diamondback to get the Bloodstone fragments, but then he had to shatter them when an alien entity used it to control Heinrich Zemo’s body. He fled the ship and kidnapped Diamondback, then she freed herself when Crossbones fought Captain America.

Red Skull ordered him to rescue the Controller after he broke out from the Vault and in the meantime, Red Skull disappeared and was held captive by Magneto. Crossbones created the Skeleton Crew and led them on the hunt for Red Skull. They fought the Black Queen and her Hellfire Club mercenaries, then Crossbones had Tristam Micawber use his psychic powers to find Red Skull. Once they found his employer, Crossbones went to work on his next mission.