Cruising and Fighting Crime with KITT 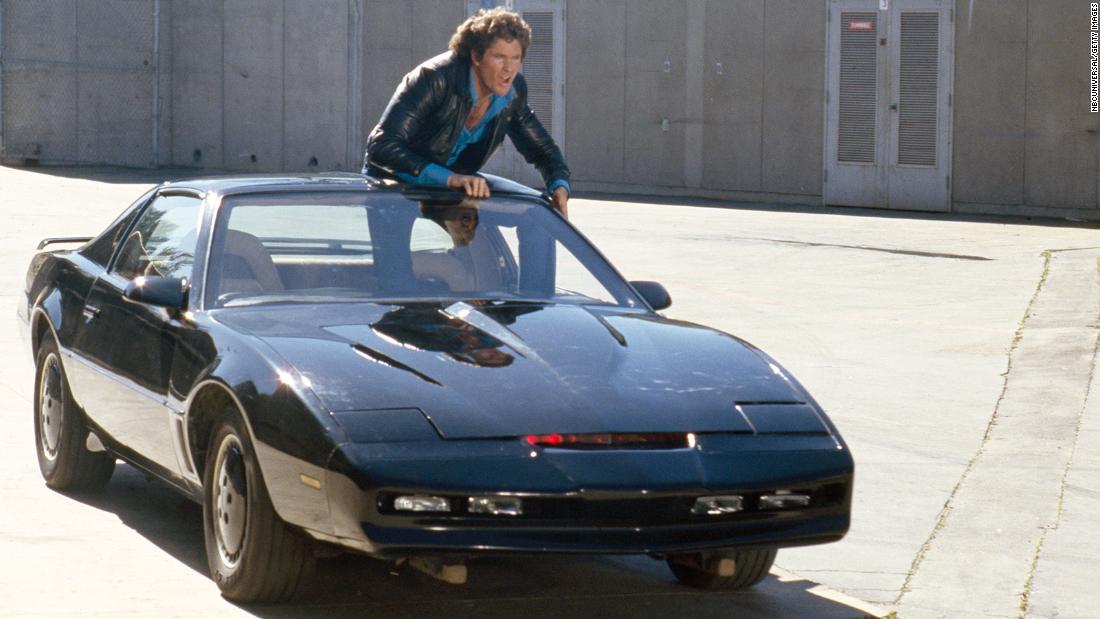 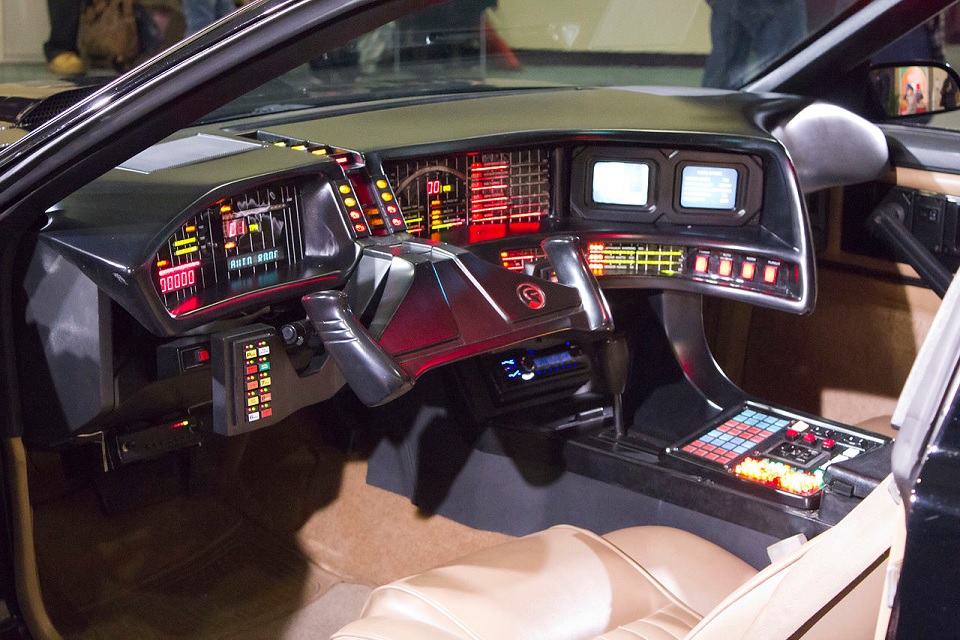 Knight Rider was a crime drama created and produced by Glen A. Larson that introduced viewers to a crime fighting team of a man and his car. The show began when billionaire Wilton Knight chose Detective Lieutenant Michael Long (David Hasselhoff) – who would become Michael Knight – as the main field agent for his new security agency, The Foundation for Law and Government (FLAG). The other important component of the new program was the Knight Industries Two Thousand (KITT), a technologically advanced car.

KITT was a customized 1982 Pontiac Firebird Trans Am. Design consultant Michael Scheffe designed the intricate dashboard, which gave the car personality on top of style. Larson also wanted the talking car to have a symbolic heartbeat, so Scheffe extended the nose and designed a lightbar that shares similarities with the Cylons of Battlestar Galactica. The ever important dashboard was only manufactured in the main filming car (known as the hero car) and then a mock-up of the dash was created on the sound stage for all of the closeup shots of the voice box and controls.

Another important factor of the car was the ability to drive itself. To do this, stuntman Jack Gill would sit hidden behind the driver seat and reach through the seat to drive it. Then they used a two-way mirror to hide Gill from sight.

Rounding out the car’s exciting capabilities was his ability to talk to Michael. William Daniels had established his ability to speak with erudite allocution, making him a great choice to voice the smart car. Daniels, who was pulling double duty by also starring on St. Elsewhere, recorded his lines when episodes were near completion. For Hasselhoff, an assistant would read the lines off-camera or if the car was in motion, they would be read through the stereo.

Since Knight Rider’s premise involved the use of a futuristic, high-tech vehicle, it went through fine tuning and different evolutions through the show’s four-season run. What stayed the same from the debut 40 years ago in September 1982 to the last episode in April 1986, was that KITT was on Michael’s side as a friend, a tool, and a really cool car.