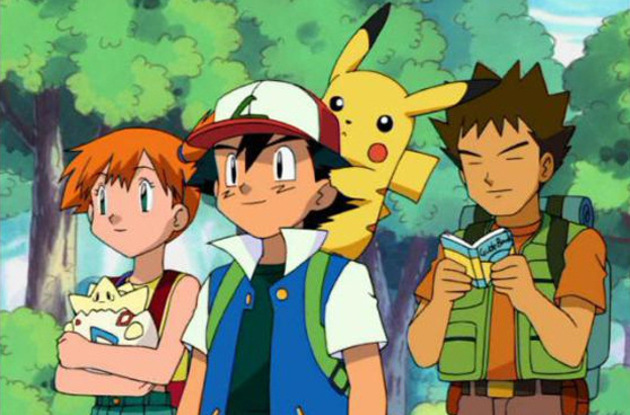 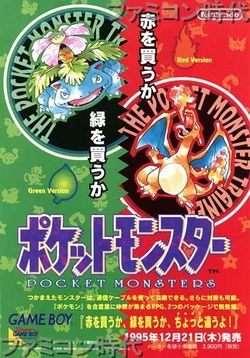 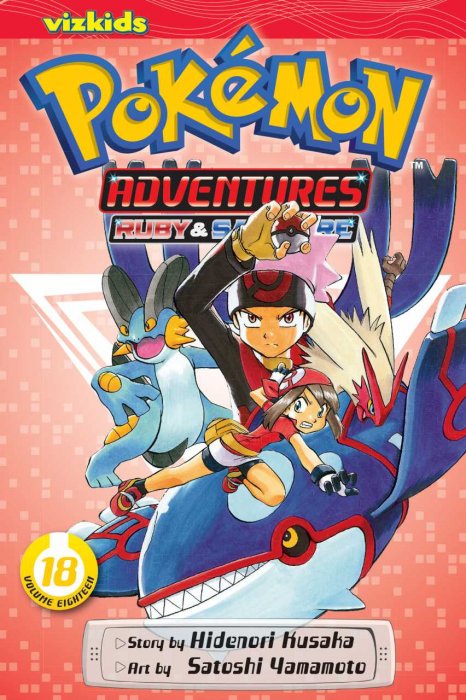 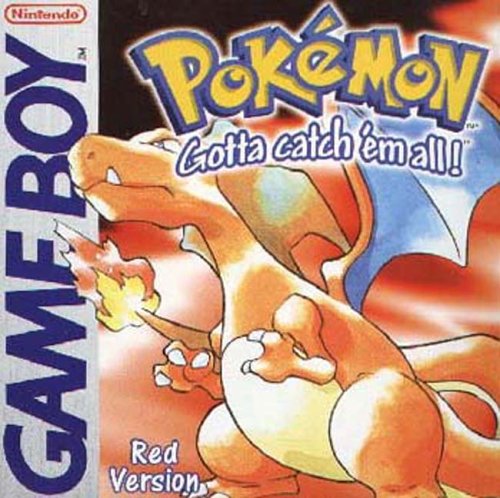 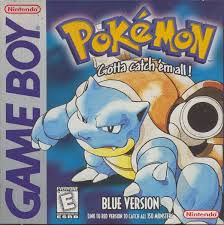 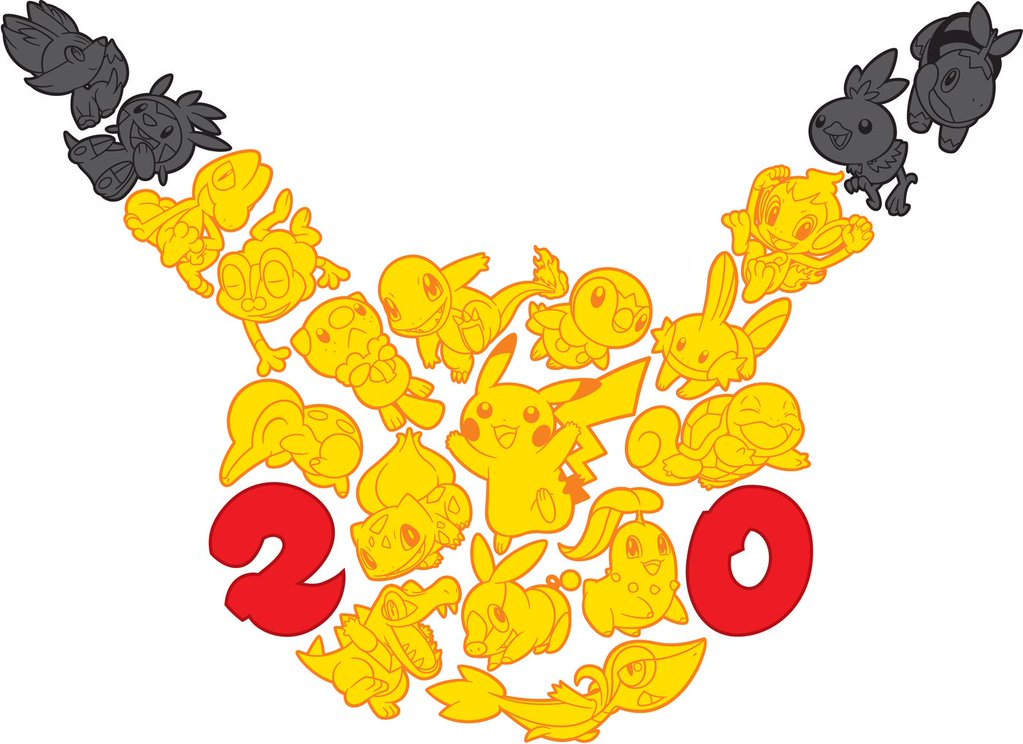 For 20 years now, trainers of all ages around the world have strived to “be the very best, like no one ever was.” What was initially thought of as a fad has secured its legacy in gaming, animation and more – Pokémon celebrates its 20th anniversary on February 27 this year.

The original Game Boy releases of Pokémon Red and Pokémon Green hit Japan on February 27, 1996, and kick-started what has become a massive media franchise. Though the series wouldn’t arrive in North America (or most other regions) for more than two years, Nintendo has chosen 2016 as the worldwide celebration for the series.

The Pokémon series is the brainchild of Satoshi Tajiri, who began development on the games shortly after founding his development company, Game Freak, in 1989. The company evolved from an arcade-focused gaming fanzine of the same name that Tajiri wrote and edited in the early 1980s. He was joined by Ken Sugimori (who later became the illustrator on Pokémon) in the magazine effort, and when they found games of the era lacking, their solution was simply to develop their own games. Early Game Freak titles included Quinty, an arcade game published by Namco. Tajiri thought of the Pokémon concept after seeing the Game Boy’s capacity to communicate between two systems via a link cable.

Tajiri was also inspired by his childhood hobby of insect collecting and wanted to create a game containing insect-like creatures, which he called Pocket Monsters (which is where the shortened “Pokémon” derives from). He also wanted to make sure that Pokémon never die in battle, they simply get knocked out, in an attempt to prevent “pointless violence” from filling his games.

Tajiri received help from Shigeru Miyamoto after successfully pitching the Pokémon concept to Nintendo. The development of the first Pokémon series took a full six years – the longest ever for any game in the series – and nearly bankrupted Game Freak entirely. Tajiri himself never took home a paycheck during this period. Creatures, Inc., a subsidiary of Nintendo, invested in Game Freak to help get them through the development (they maintain a one-third share of any Pokémon-related franchise rights today).

Music in the games was developed by Junichi Masuda, who used an old Commodore Amiga computer to compose on. Masuda not only created the game’s soundtrack, but also the cries of the individual monsters, which are heard as they enter the battlefield. Masuda has since composed the music for every other main series Pokémon title, and contributed to other Game Freak titles such as Pulseman.

The two Pokémon titles followed the same plot: the player begins in Pallet Town in the Kanto region where they start their journey to become a Pokémon Master. In order to become the Champion, they must defeat the eight regional Gym Leaders, fight their way through Victory Road, and defeat the Elite Four at the Indigo Plateau. Along the way, they will encounter their rival several times, and fight against the villainous Team Rocket – a group of evil trainers who use Pokémon as tools to complete their crimes. The difference between the games were the Pokémon included on the cartridge – several creatures are exclusive to each version, meaning that in order to “catch ‘em all,” players must trade with others via the Game Boy Link Cable to get the other version’s exclusive Pokémon.

After Pokémon Red and Green took off in popularity, an enhanced version called Pokémon Blue was also released in Japan. It was the Japanese version of Pokémon Blue that was ported to other regions as Pokémon Red and Blue versions. The major differences from Red/Green and Blue were the sprite designs, though minor tweaks in-game were also made. When the games were being translated to English, the American staff actually wanted to change the sprites further to make them more “beefed up,” though they were shot down on that idea.

Though the Japanese staff had reservations about the game’s North American release, it proved to be a huge success, selling 9.85 million units in the US on top of more than 10 million already sold in Japan. The success spurred Nintendo and Game Freak to create another enhanced remake, Pokémon Yellow, also known as the “Special Pikachu Edition,” which released in 1998 and aimed to make better use of the color palette available on the Game Boy Color. Pokémon Yellow also featured slight story changes that aligned it better with the Pokémon anime series: the player always starts with Pikachu (instead of choosing one of three potential starter Pokémon), and anime-exclusive characters like Jessie, James, Nurse Joy and Officer Jenny all appear. Sprites were also upgraded again to better match the anime designs. Pokémon Yellow’s release coincided with the first Pokémon film in Japan. Despite being essentially the same game as Red, Blue and Green, it sold incredibly well and was actually the fastest-selling handheld title ever at the time of its launch. It also helped boost Game Boy console sales around the time period, from 3.5 million in ’98 to 8 million in ’99.

The second generation of Pokémon games began in 1999 with the release of Pokémon Gold and Pokémon Silver, which took the players to the neighboring region of Johto three years after the events of the first games. Pokémon Crystal was later released, and was the first game to feature animated sprites plus the first playable female character in the series. The Pokémon gaming franchise now includes six total generations of main series titles and has shown no sign of stopping.

Regarding the Pokémon anime series, that’s been around nearly as long with the same level of popularity of the games themselves. The anime debuted on April 1, 1997, introducing the world to Ash and Pikachu as they’re joined by Misty and Brock on their own adventure. (Incidentally, the Japanese names of Ash and his rival, Gary, are Satoshi and Shigeru, named after Satoshi Tajiri and Shigeru Miyamoto.) Ash, Pikachu and his pals have now been featured in more than 900 episodes in the still-ongoing series, plus 18 full-length feature films. A film has been released every summer since 1998 in Japan, and while many were released in US films as well, most now come straight-to-video in America.

The anime series had originally been planned to run about a year and a half, about as long as it would have taken to finish the first story arc (the Kanto region story). However, due to the incredible popularity of the show, they extended the run, and as it continues with new episodes today, it’s now one of the longest-running anime series ever.

Besides the games and the anime, the final point of the Pokémon popularity trifecta is the card game, which was first released in 1996. The game puts players in the position of a Pokémon trainer, and they must use the creatures in their deck to defeat the opponent. Whenever a Pokémon is knocked out, the player who knocked it out gets to pick a “prize” from their set of six potential prize cards. Picking all prizes is one way to win the game; others include the opponent not having any Pokémon left on the playing field, or the opponent running out of cards in their deck. As of 2015, there are 64 different Pokémon card game sets. There is a huge competitive scene to the card game, with official championships being held annually. In an interesting turn, a video game was based on the card game (so a video game based on a card game based on a video game, if you’re keeping track) and released on the Game Boy Color in 1998. A sequel released in Japan, but never made it to the North American market.

And what is a media franchise without a comic book tie-in, anyway? There have been several different Pokémon manga series, including Magical Pokémon Journey and Pokémon: The Electric Tale of Pikachu, but the longest-running has been Pokémon Adventures (known as Pokémon Special in Japan), which began serialization in March of 1997 and has been ongoing ever since; it’s so far been collected into 52 volumes. The story of Pokémon Adventures is closer to the games, following the trainer Red as he seeks to take down Team Rocket, collect eight gym badges, and become a Pokémon Master. In fact, Satoshi Tajiri once said in an interview that he believed Pokémon Adventures to be “the comic that most resembles the world I was trying to convey.”

To look at Pokémon by the numbers, so far it’s been: 900-plus anime episodes, 18 films, nine television specials, 25 main series video games, more than 40 spin-off games, 64 card game sets, 52 manga volumes, and (so far) 721 total Pokémon to collect. But the most important number this year is 20 – 20 full years of the Pokémon franchise. If anything says “this is hardly a fad,” it’s that. As part of the 20th anniversary celebration, Nintendo is rereleasing Pokémon Red, Blue, and Yellow on the 3DS Virtual Console on February 27, giving fans a chance to relive the early days of the series (or simply live them for the first time if they weren’t around for the first go-round). Pokémon is not merely a kids’ cartoon or a silly video game; for many, it’s a hobby and a beloved series that they’ve followed into adulthood. Here’s to 20 more years (and maybe another 700 or so new creatures)!