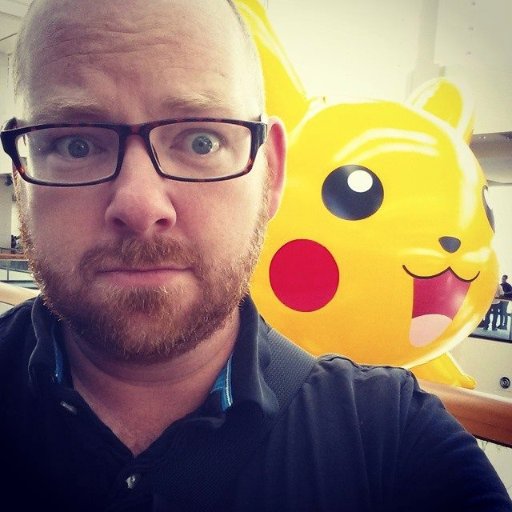 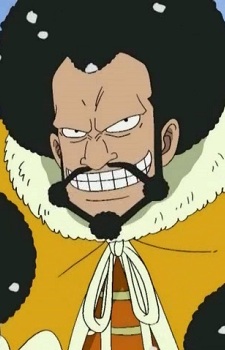 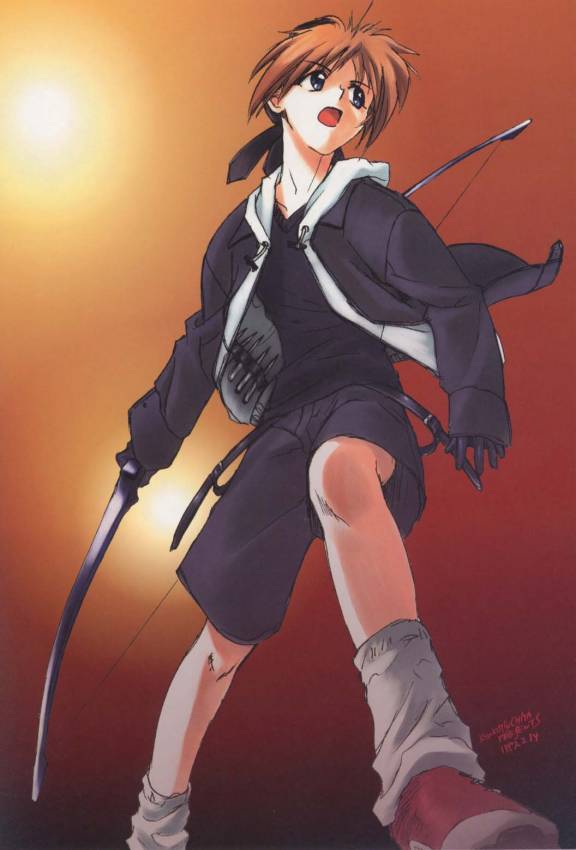 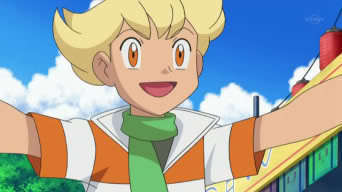 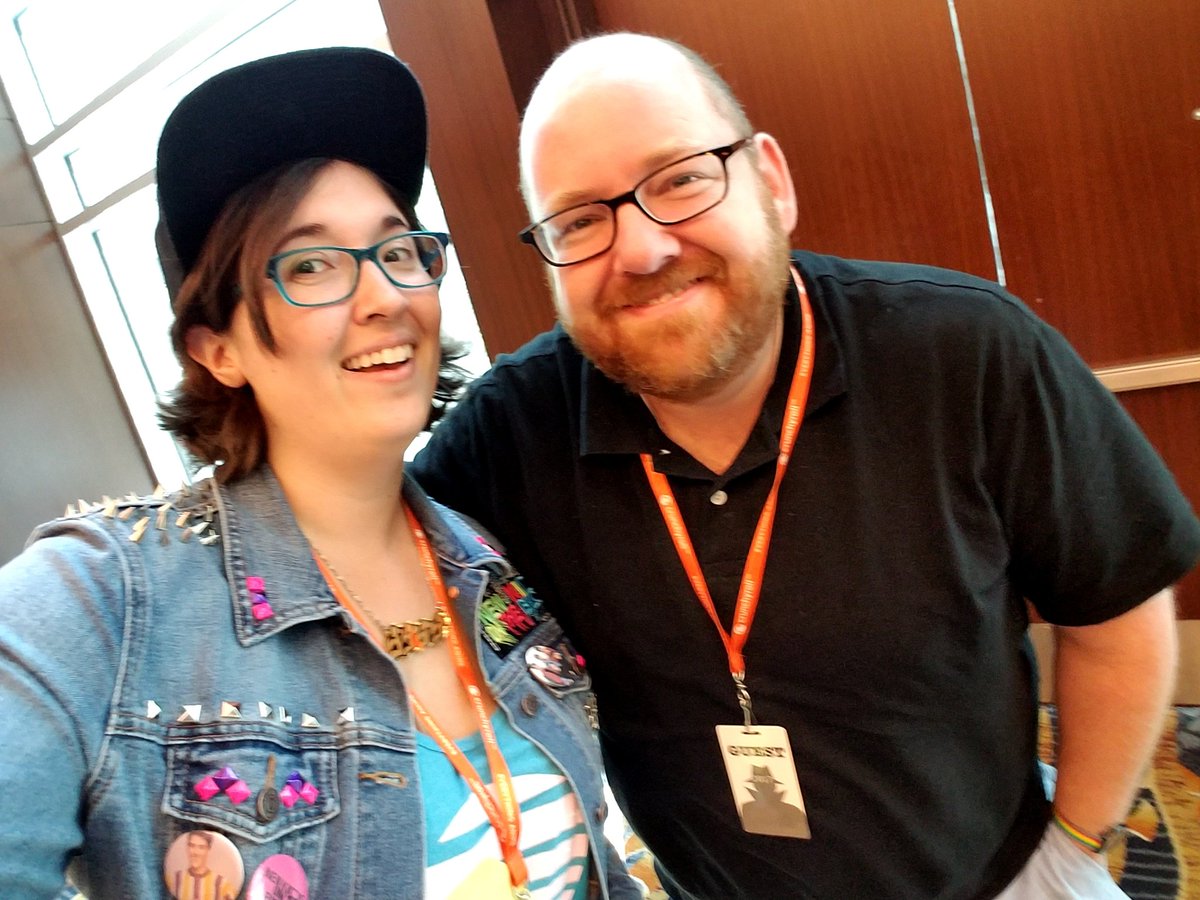 Scoop sat down with voice actor Jamie McGonnigal at Otakon 2017 to chat about the industry and his career. McGonnigal is known for roles in series including Yu-Gi-Oh!, Pokémon, Patlabor, and many others. He has also worked as an activist in the LGBT community in and around DC over the years and has worked as part of the United Nations’ HERO campaign to assist AIDS-affected communities around the world. You can find out more about him at his website.

Scoop: How has Otakon been for you?
Jamie McGonnigal (JM): I feel like a king. They’ve treated me extraordinarily well. I have someone who helps me basically function at the con – they’re super nice. It’s been wonderful. Great guests and great people that I get to have awesome conversations with, and my panels, and the fans are just amazing.

Scoop: You were involved with both dubs of One Piece, which just celebrated its 20th anniversary. Could you reflect on what it’s been like to be involved with literally the bestselling manga series of all time?
JM: Oh, wow. At 4kids I did Kuromarimo and Eyelash the Camel, and then I did like two episodes at Funimation because I was down there visiting – they were like “you wanna do some episodes of One Piece” and I was like “Uh, yeah?” It’s such a crazy show. It’s all over the map; I don’t think any of us really know what’s happening from one moment to the next. And I know a lot of people were critical of when it was at 4kids, but for me it was a job and it was a fun show to be involved with. Obviously, I’m lucky that I’ve been involved with some well-known franchises, between that and Pokémon and Yu-Gi-Oh!. I think being involved with something that people recognize – where I can go hey, I wasn’t the lead, but I was a character you recognize that was part of your childhood or some part of your life – it’s a great honor.

Scoop: So let’s talk about Pokémon. Another series where they celebrated their 20th anniversary of the games last year and I think the 20th anniversary of the show earlier this year – the longevity of this series is incredible. What do you think it is about Pokémon that makes it so appealing to new generations of fans after two decades?
JM: What’s amazing to me is now you have fans who are parents who have kids who watch Pokémon. I think the longevity comes from the fact that the stories are good, the characters are fun – they know how to capture an audience. But they do so in a way that continues to inspire people. They’ve changed over the years – the storylines have changed with the times. They have, for whatever reason, have their finger on the pulse of something that just isn’t going away. You’ve seen it with Pokémon Go and the most recent movie. It’s just as popular as it was back then. I don’t see it dying down; it’s like a Simpsons or anything else in the U.S. that’s lasted that long, and there isn’t a lot of those. But the longevity just comes from the fact that the stories are well-told, and the characters are well-drawn – literally and figuratively – but I love it. I’m really privileged to be a part of it.

Scoop: My first exposure to you as far as voice acting is concerned is a little show that was known in the U.S. as Knight Hunters – Weiss Kreuz or whatever you want to call it.
JM: Oh no! (laughs)

Scoop: That was very much a part of the early 2000s anime boom in the States. What was it like to just observe anime suddenly pick up all that steam all at once?
JM: Oh, those were the days when I could pay my rent just from doing voiceover! I got started with those series. My very first title was called Demon Fighter Kocho. It was horrible. It was essentially a hentai but not quite – it was dirty. Let’s say softcore. [laughs] I did that with Mike Sinterniklaas, and then he said, “hey, you want to audition for this other thing?” And that thing was Magic User’s Club, which I fell in love with instantly and was really into that. And then Knight Hunters started happening when I was about halfway done with Magic User’s Club. Mike and I were actually talking about it last night – his dad had passed away during the casting of Knight Hunters. I had all these connections in the musical theater community in New York, that was my background, so I cast the whole first DVD of Knight Hunters. It’s like a yearbook when I watch it now. He cast the four main guys and I cast the background roles.

I had assumed when he told me – there’s these guys who by day run a flower shop and by night they’re assassins – I was like, oh yay! They’re gay! But they weren’t and I was very disappointed.

Scoop: But boy, did it lead to a lot of weird fanfiction!
JM: It sure did! [laughs] But yeah, that boom, that time from like 2000 to 2005 was just nonstop. There were so many titles. And it’s funny because it feels like it teetered off really fast from 2006-2007 when all of a sudden things dried up and all the stuff they were offering were hentai or other awful titles or old stuff they dug up, like Patlabor. But these random studios would call you and they’d have one title. That early 2000s boom though was really fun and I was going to conventions for the first time. It’s weird to think that I’ve been going to cons for like 18 years, that’s insane to me. But it was a great time!

Scoop: You mentioned your theater background. Could you discuss that a little bit? I feel at an anime convention people know your anime series but don’t think about your live theater.
JM: The panel that I’m actually doing [at this convention] is called “Pokemon, Musicals and Gay” – because I’m also gay. I moved to New York as an actor. I’ve been doing musicals since I was 10 years old. I did a lot of Off-Broadways, concert work, and readings of new musicals. I got to know great writers… in this tiny room in the middle of Manhattan who were just testing things out with each other. It was a blast, a great opportunity to get to know people. I came up with this idea for a concert to do new songs by new writers and to have big stars sing those songs. All of a sudden people started asking me “when are you doing your next concert?” I became known as this guy who did these big Broadway concerts.

That went on for about 10 years in New York, and then I started getting involved politically and I came down to DC to help put together a rally to fight Don’t Ask Don’t Tell. I was handing out fliers at gay bars and some guy comes over to me and says “you’re not from here, are you?” And I asked “how can you tell?” and he said “you’re carrying a big gay metro DC map.” He handed out half my fliers, I got to know him, and seven years later now we’re married and I live here!

Scoop: Are there any upcoming projects you’ve got going on that you can tell us about?
JM: Not a ton right now. There’s a bunch of things I’m working on coming up but nothing’s been signed on the dotted line yet. But you can follow me on my website. I go to a lot of cons and I just like having fun!