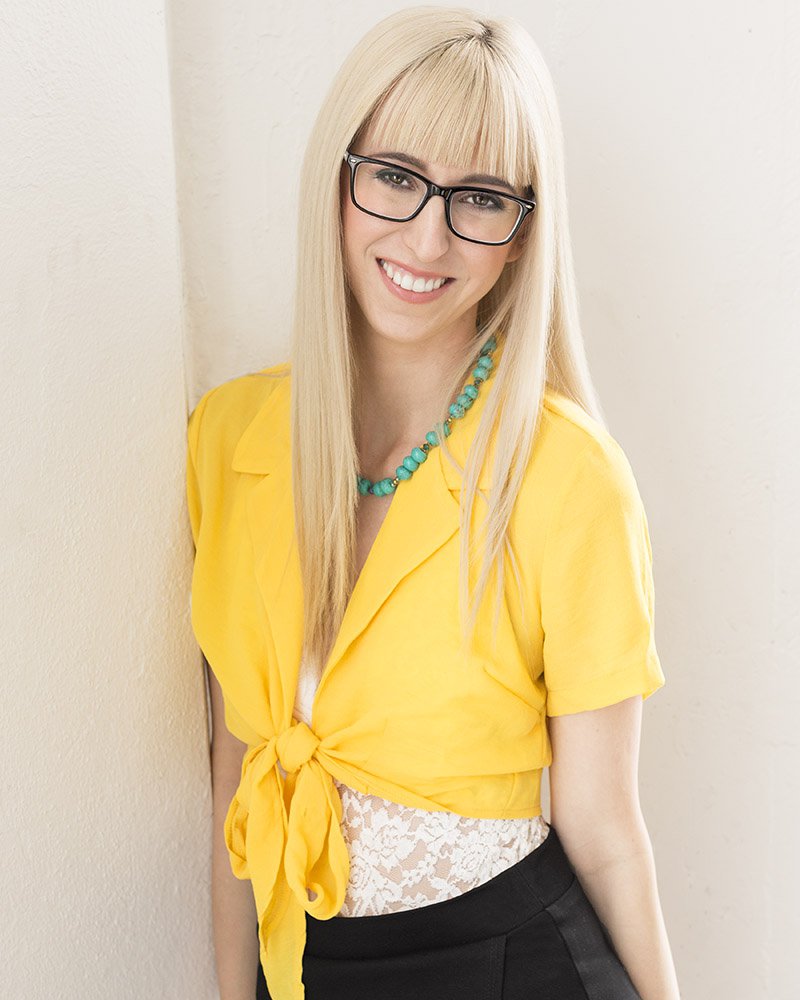 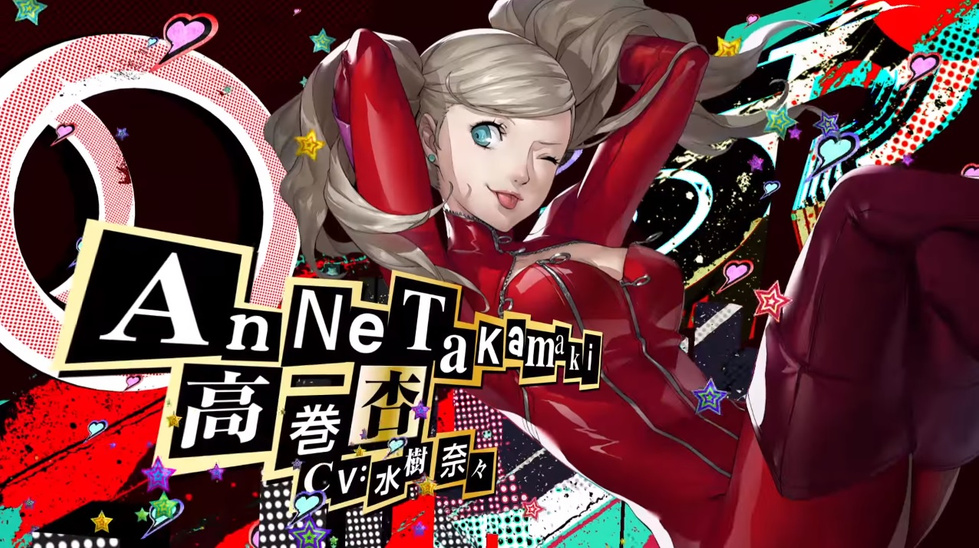 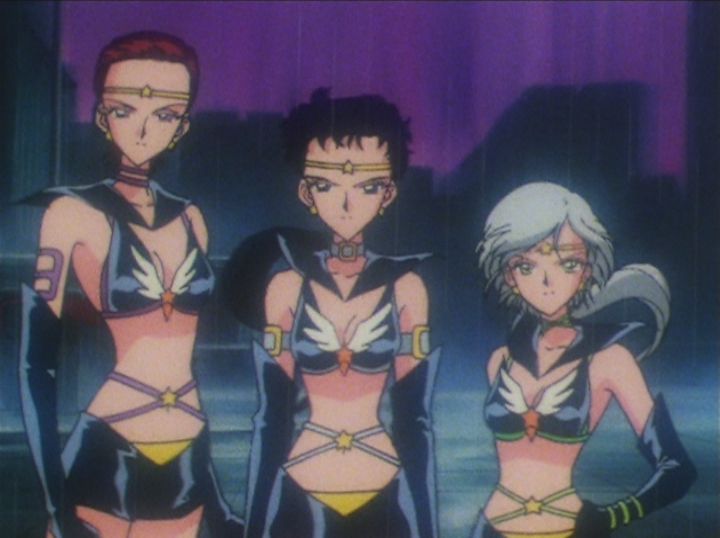 Erika Harlacher is a voice actress known for various roles throughout anime and video games. Some of her most notable roles have included Ann Takamaki (Persona 5), Kurapika (Hunter x Hunter), Akamatsu (Danganronpa), Jeanne d’Arc (Fate/Apocrypha), and many others.

Scoop’s Carrie Wood had the opportunity to chat with Harlacher during Otakon 2019 to discuss her voice acting career so far and where she can be heard next.

Scoop: How’s Otakon been so far?
Erika Harlacher (EH): It’s been fun! I haven’t really done much so far, but it’s been great. I’ve seen a ton of really good cosplay! I saw some Persona maid café people on the way down this morning… it was so cute.

Scoop: You’ve been doing anime roles for about 10 years now – how has the industry changed in that time?
EH: Already? Oh man… I’m having a bit of a crisis thinking about how long it’s been! The biggest change I’ve noticed has been at conventions. There’s so many of them now! Right before I started, I went to my first anime convention, which was Anime Expo, which now gigantic. At the time, that was something where I decided like the night before that I was going to go down and I just drove into town and went “ticket please!” I don’t remember really waiting around, I just kind of went in. Now, conventions are huge, everyone goes to them, you kind of have to plan more. I don’t know, back in high school, I got my whole grade into the Fruits Basket manga but we were all really quiet about it – just whispering like, “do you have the next chapter?” and slipping it around in class. And now everyone’s just like, oh yeah, anime’s cool, no problem! So I’m happy about all that.

As far as voiceover goes, I haven’t seen too much change personally, just for me in the past few years. I feel like I’m still pretty new. I feel like I’ve been doing more, and I’m not sure if that’s the job itself changing or me getting different projects.

Scoop: Your most recent role in anime is in Sailor Moon as Sailor Star Maker. This is the first time that the Sailor Stars arc has been dubbed. Can you discuss what it’s been like to get into such an iconic series and what it’s been like to originate that role in English?
EH: It’s so exciting! Sailor Moon is like… back when I was first even getting into anime, that was a name everyone knew, before I even knew what anime was. To be able to be a part of it now is crazy. It’s an older show. I kind of figured that it had passed me, that it’d be iconic forever but that I’d never get to be a part of it. But then I am! And it’s so cool! I love getting to originate the voice. I’ve done other roles where, like for instance, Hunter x Hunter, there was another dub in 1999 and then there was a new show and new dub in 2011 or whenever we did it. And it’s cool to share a role with someone, but it’s also cool to be the first person to get to do a role. So I’m very excited about it, and I hope people like it because we worked really hard on it. I also love that we got to sing the songs in English! We never get to sing in English. They never let us do that, because it’s hard to license the songs in English. But they did it, and I was so excited.

Scoop: Let’s talk about Persona 5. Obviously the game was huge – much bigger than anyone might have expected given it’s generally niche status. What are you looking forward to with Persona 5 as the series continues with The Royal next year and other Persona-related projects? What has the Persona experience been like?
EH: It’s been amazing. I did not expect it to blow up this much. I knew what Persona was [before]. When I went in to do the audition they asked if I knew what it was, and I was like – yeah, I know what that is… is this that game that they announced forever ago? And it was! But I didn’t realize that it was going to take off the way it did. And now the Persona characters are in other games. They made it into Smash! That’s huge! I had a goal to voice a character that made it into Smash, but that was a goal for maybe 10 years down the road. But then it suddenly happened!

I love how popular it is; it’s amazing. The fans are incredible. I want to keep doing Persona 5 stuff forever, so yeah, keep making more! P5 The Royal is going to be so cool. I don’t know if we’re dubbing it yet, but the Scramble game that they announced… I want to do that too.

Scoop: On the video game end of things you’ve done mostly Japanese RPGs, but then you’ve also done some work on Fallout. Can you describe any differences that might exist between working on a Japanese dub-over in gaming and working with an American company?
EH: There’s not a ton of difference. Sometimes for a JRPG, for certain parts like battle dialogue, they’ll play the Japanese audio just for the length – we can’t go over the length of what the Japanese did. Whereas on an English game, we’re starting it, so we can do whatever we want. But even then, in JRPGs, they don’t play the Japanese for us at all, and it’s very free. It’s more similar than people might think.

Scoop: I Want to Eat Your Pancreas is a really beautiful movie with a really bizarre name. Can you describe your experience working on that film?
EH: It was so fun! I love that film so much. It’s so sad, oh my god. I was so excited that I got to play Sakura. When I got the audition for it and read the title I was like, “what is this, a zombie movie?” And then I read the audition and went… this doesn’t seem like a horror movie or a comedy, which were my first two guesses as to what it was. But there’s a certain point in the movie where you realize, oh, that’s the only title that this movie could possibly have. When we got to that point during recording, I was just like, oh! But I love that movie so much and everyone should watch it!

Scoop: Do you have any upcoming projects that you can tell us about right now?
EH: AI: The Somnium Files is a game coming out in September, and it’s like a murder mystery game. I play Aiba. The main character is Dante, and I’m this eyeball thing that he has, his assistant, and we solve crimes together. It was a lot of recording – maybe even more than Persona 5! I’m very excited. I love murder mystery games and I think it’s going to be a lot of fun. I have so much more, but I can’t talk about it right now, unfortunately!