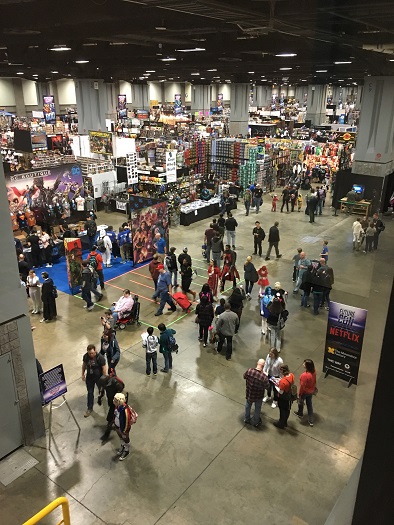 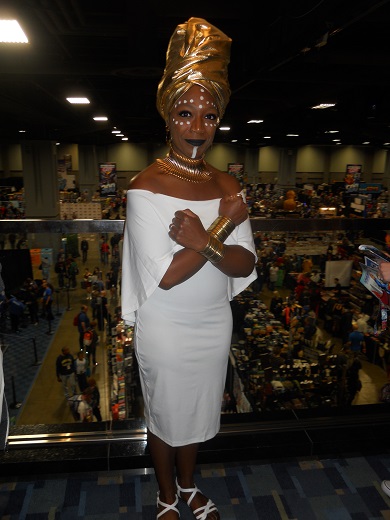 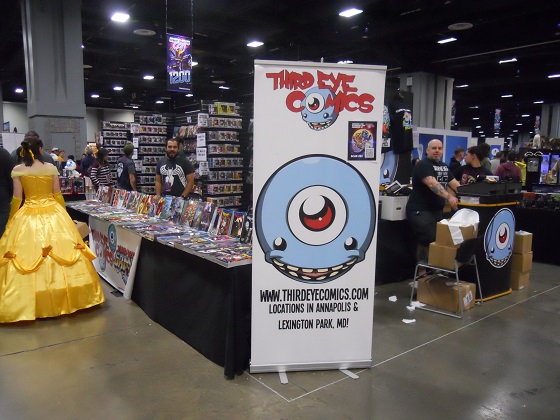 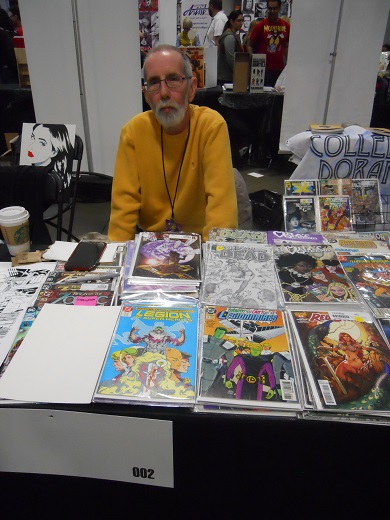 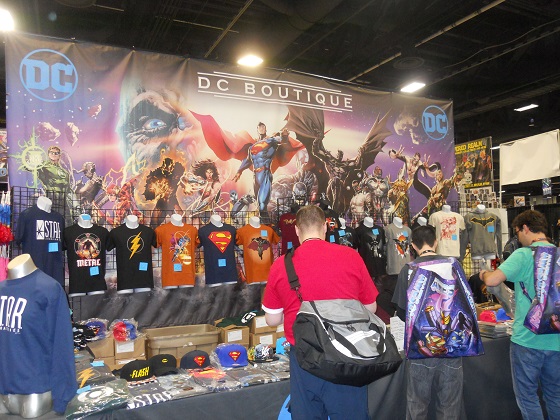 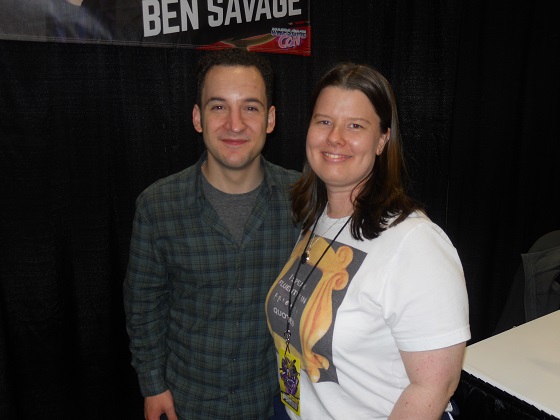 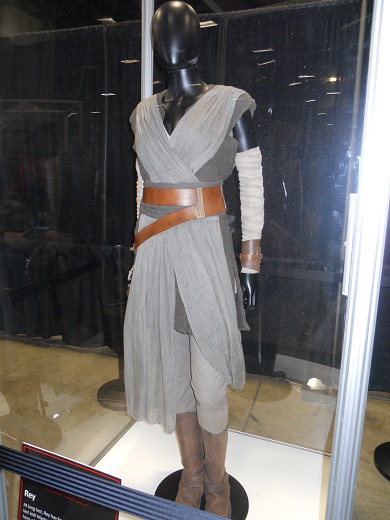 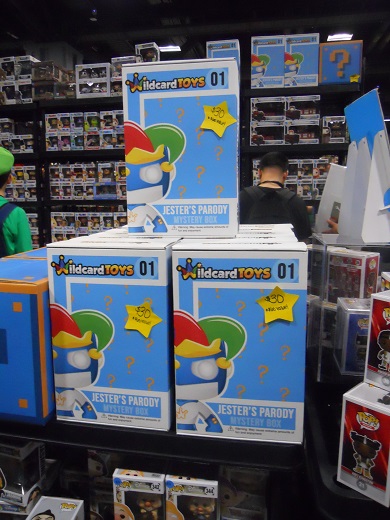 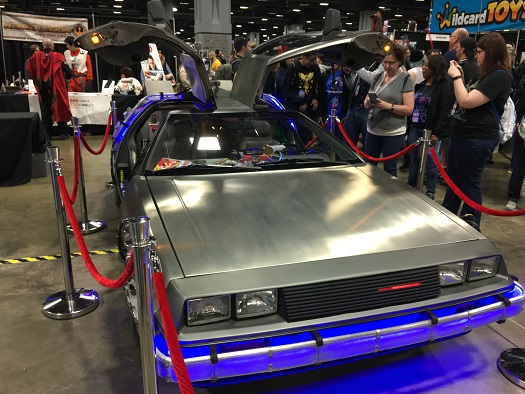 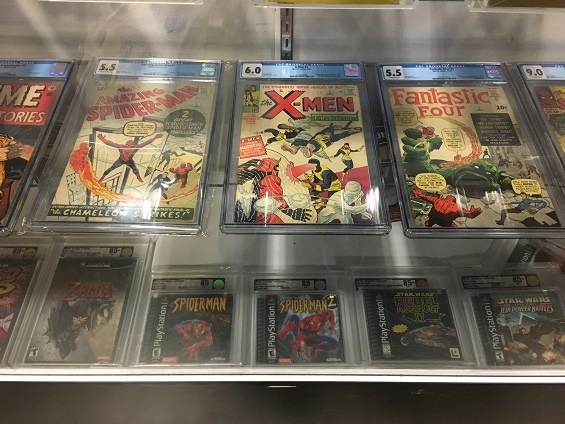 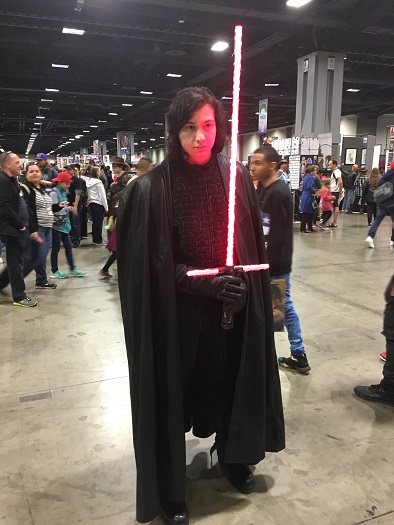 The best way to describe Awesome Con is, well, awesome! Like many large conventions, it blends pop culture and comics with celebrity guests and comic creators, plus shopping opportunities for various facets of collecting and geek culture. Awesome Con goes a step farther with expanded areas for kids and the LGBTQ+ community, plus high caliber, museum-style exhibits, interactive shows, and an area dedicated to science and its connection to science fiction.

Awesome Con returned to the Walter E. Washington Convention Center in Washington, DC on Easter weekend, March 30 through April 1, 2018. The convention center is conveniently located right outside of the metro station, making travel much easier for out of towners. It’s huge ‒ there are literally concourses ‒ and can easily accommodate thousands upon thousands of people. The bulk of the con is spread out in a gigantic exhibit hall where exhibitors, vendors, guests, and attendees have plenty of room to shop and interact.

Vendors and artists covered the bulk of the con floor. Artists had original pages, did sketches, signed lots of books, and talked to fans about their projects. Vendors sold a variety of wares with plenty of pop culture t-shirts and buttons, Funko Pops, LEGOs, and modern action figures. There were sculpture stands, leather stands, etched glass, even a stand with fancy pens. Comics vendors carried tons of Modern Age books and trades and some had the key issues going back to the Golden Age.

Vendors shared mixed levels of enthusiasm about their success at the show. Some were overjoyed by the level of business, while others lamented how convention dynamics have migrated away from a focus on comic books. Though high value comic sales weren’t exactly flying off the shelves, comic dealers reported fairly good sales.

In addition to the regular guest and vendor setup, Future Con “Where science meets science fiction” was presented by Smithsonian magazine, working with Awesome Con. There were science-based booths and panels where attendees could be entertained and learn. They capitalized on the interests of the crowd with panels about black holes and the universe, the future of beer, and tech of the Batmobile.

Pride Alley presented by Geeks Out was a cool area dedicated to the LGBTQ+ community, shining the spotlight on queer creators and fans. Along with booths in artist alley, there were panels about promoting diversity, features on gay creators, fan fiction, and more.

Families and children gravitated toward Kid Zone, which hosted an Easter Egg Hunt, a costume contest, a show with naturalist David Mizejewski of the National Wildlife Federation, drawing lessons with comic creators, and kids could get a picture with characters from Paddington Bear, Sonic the Hedgehog, and others.

There was an official display from Lucasfilm with costumes and props from Star Wars: The Last Jedi. Attendees got to see costumes worn by characters like Rey, lightsaber props, and ship models. The con roped off the area and regulated the number of people allowed in at a time, creating a more enjoyable experience where fans could take photos and really enjoy viewing the items without being elbow to elbow with other attendees.

Along with all of this, the backlot stage held cosplay demos, lightsaber shows, and stage stunts.

Another wonderful feature at this convention was the Awesome Con 2018 Official Show Guide. Some conventions don’t even bother creating event programs, or produce lackluster versions with minimal details. But, Awesome Con prints an extremely detailed program that lists all guests, their booth numbers, and times for autographs, photos, and panels. It includes autograph prices, exhibitor list with booth numbers, and details on Kids Zone, Future Con, and Pride Alley. There’s a map of the multilevel convention center with codes for important locations and booth numbers labeled. Plus, the schedule is broken down by hour for each day and color coded for Pride Alley, Future Con, celebrity Q&As, screenings, and more.

It was another memorable show and I’m already looking forward to the 2019 installment.

To see more photos from Awesome Con, check out our photo gallery in Scoop’s In the Limelight section.