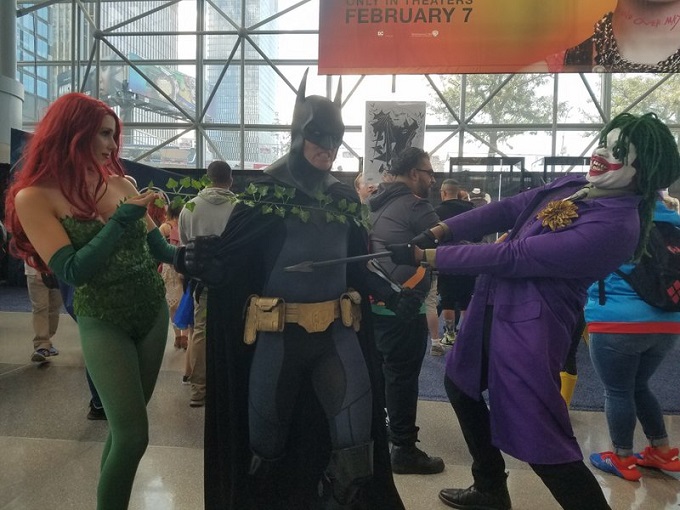 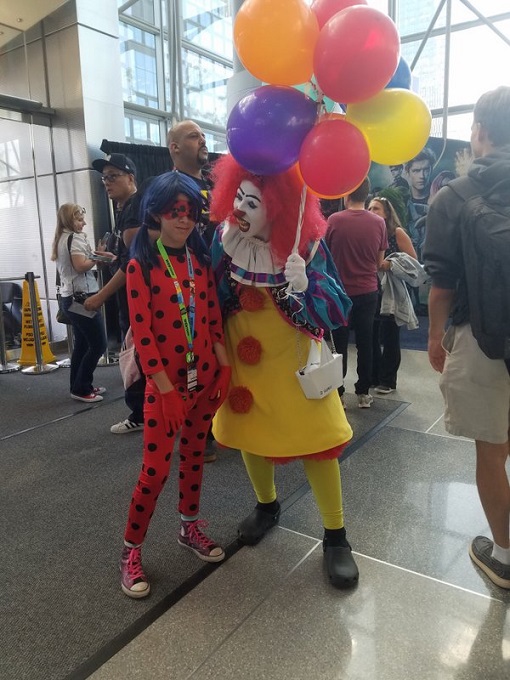 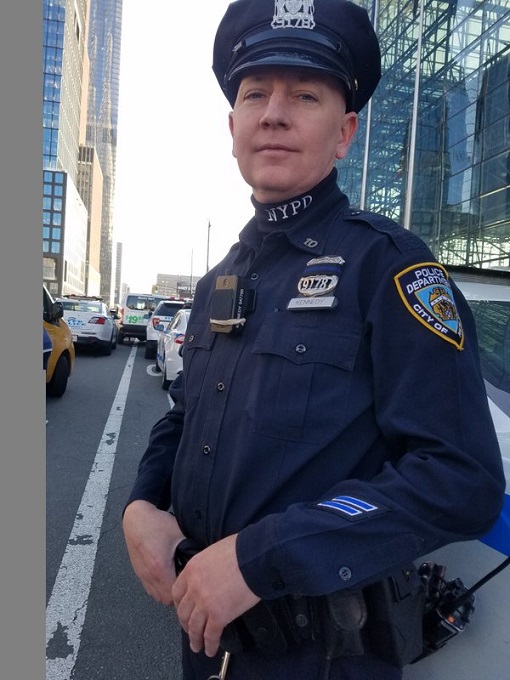 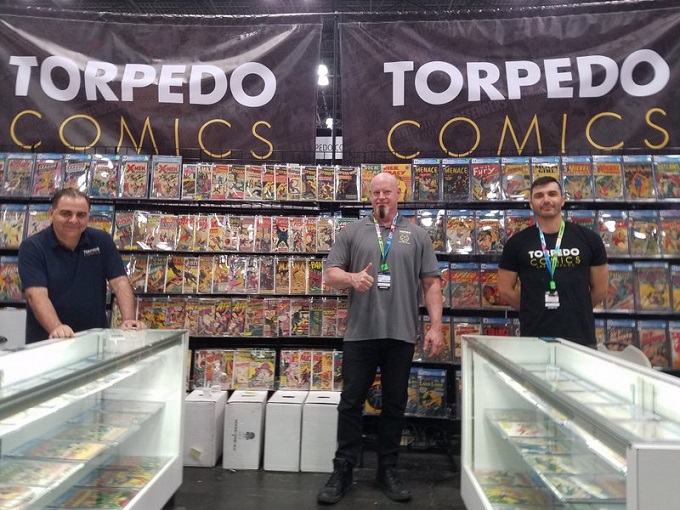 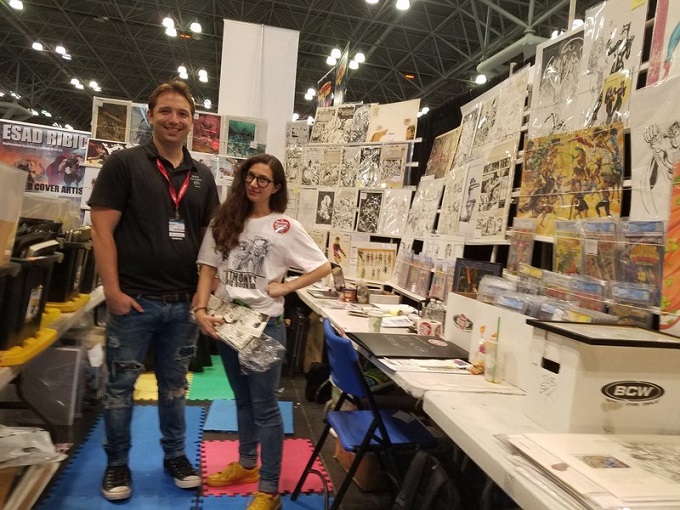 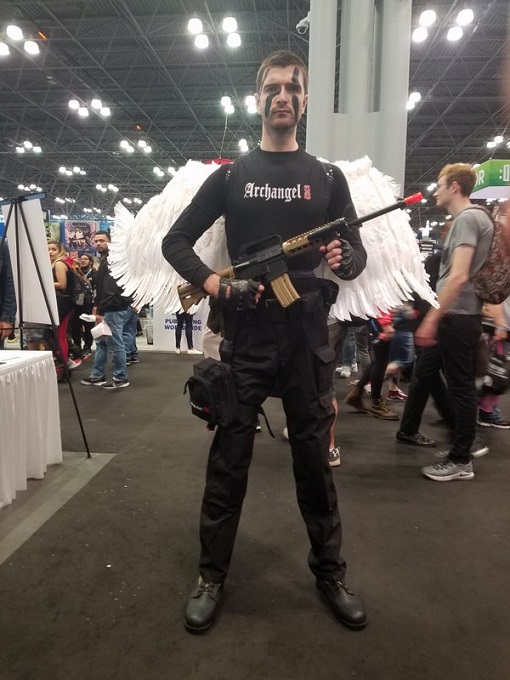 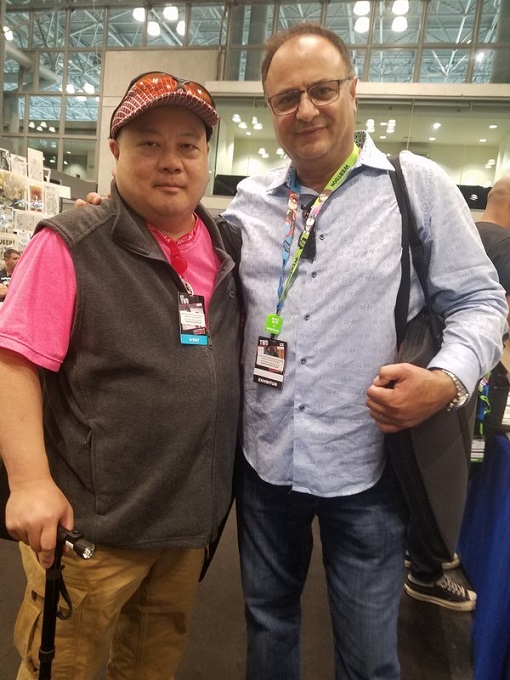 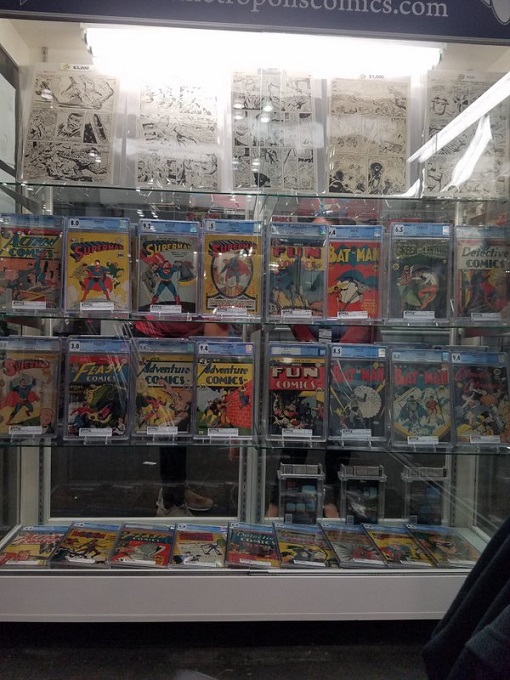 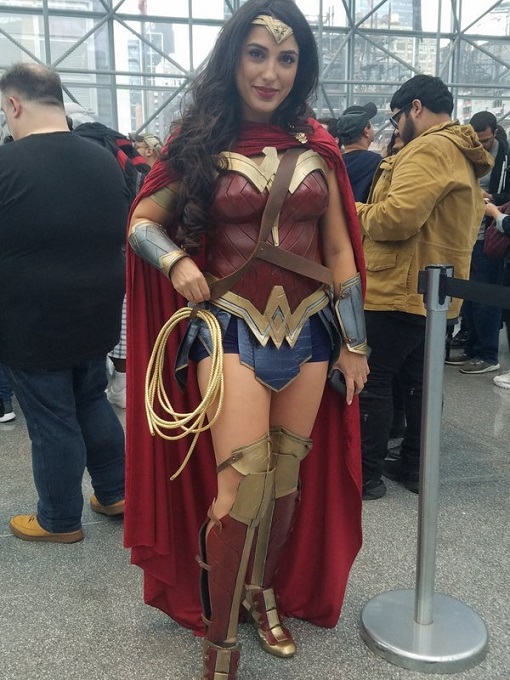 October is a big month for pop culture fans because it is when New York Comic Con (NYCC) is held. A veritable army of comic book, comic art, cosplay, toy, movie and TV fans descended upon the Javits Center in midtown Manhattan. Local news outlets reported that an estimated 200,000 fans attended what has certainly become one of the biggest comic cons in the U.S. and probably in the world as well.

Dealers and buyers come from across the U.S. for NYCC and as far away as Australia and Europe, with comic dealers were prominent among them. In 2018, the NYCC exhibitor list showed 101 entries for comic sellers, which one dealer I spoke to estimated as one third of the vendors. I honestly believe there were more this year. Among that list were names such as Harley Yee, Metropolis Comics, Superworld Comics, Best Comics, Bullet Proof Comics Inc., Chris’ Comics, ComicXposure, Dave & Adam’s Card World, El Rey Comics, Greg White Comic Books, Highgradecomics, JHV Associates, Kings Comics, Matt’s Cavalcade of Comics Cards & Collectibles, Midtown Comics, Reece’s Rare Comics, Rocket Comics, Royal Collectibles, St. Mark’s Comics, The Comic Mint, Toy & Comic Heaven, TvComics, Zap Comics, and a whole lot more.

Every big show hosts auction houses and at NYCC this included ComicConnect, ComicLink, and Heritage Auctions. Collectible storage supplies were supplied by Hot flips. CGC was there to take consignments for grading books and Collectible Insurance Services offered insurance protection for attendee’s collections.

For fans of all things anime, Reed Productions offered the Anime Fest @ NYCC x Anime Expo, located one block away from the Javits Center. It was billed as the NYCC home for anime with panels and signings, interactive and immersive experiences, and dealers. There were after hour’s parties designed as a place to geek out and connect with other fans.

To further the con’s hold on New York, Reed created NYCC Presents, whose purpose was to bring the big show to various venues around the Big Apple, like the Hammerstein Ballroom at the Manhattan Center, Hudson Mercantile, The Way Station, Stonewall Inn, Shop Studios, Rock Bar NYC, and a lot more. It featured concerts, live podcasts, comedy acts, and much more.

There is a lot to do at this show and as I have said in the past, go to NYCC with a plan. How you plan depends on what you want to get out of it. Panel devotees can set their schedule around the ones they want to attend and where they are located. The dealer’s room is very large and different areas of the floor feature different categories of dealers. So, fans of vintage comics, publishers, toys, video games, or those looking to meet creators and celebrities should know where they are located ahead of time. One thing, though, don’t expect to do everything in one day – or even in four. Attendees who are only going for one day should pick and choose what they definitely want to do. With NYCC putting on panels and events offsite at the main branch of the New York Public Library and the Hammerstein Ballroom, travel time must be factored in as well. Planning also means time for eating, so account for very long lines for food in the Javits food court or the outdoor food carts. As an example for how busy the show is, Allie spent all of Thursday at educational panels at the library and did not get onto the show floor almost until it was time to leave for the day.

NYCC had a lot of panels at the Javits and off-site that covered a wide range of topics. In addition, there were many professional panels held at the main branch of The New York Public Library and other panels and events held at the Hammerstein Ballroom. As she does every year, Allie (who is a teacher) went to several professional panels geared toward educators, librarians, and comic book professionals. These panels can be used for professional development. One that stood out for her was “Comic Art Ed! Comics in the Classroom,” in which participants were shown how to use comic books to teach a comic art class. They learned how to emphasize literacy, creativity, and self-expression using comics. A second was “The Creative Community: Disability and Chronic Illness,” which discussed representation and strategies for living, working, and thriving for students with various health issues. She felt these two panels in particular were enlightening and gave practical suggestions for implementation in the classroom.

In terms of creators, there were easily over 400 in Artist Alley and beyond, far too many to list here. From Neal Adams to Adam Kubert, the odds were pretty good that there was an artist set up in the alley that attendees wanted to meet and get a sketch from.

There was a tremendous turnout of cosplayers at the show and the con did what they could to accommodate them. NYCC had a changing room and a Cosplay Central provided by Vero which presented a large group of cosplay panels. On Saturday night, the main stage hosted the NYCC Championship of Cosplay competition with prizes and celebrity guest judges. The winner was Akellyz who received the crown and a $3,000 check. Akellyz will go on to compete for the championship at the Crown Championships of Cosplay at C2E2 2020 in Chicago on February 28. The event will be live-streamed during the competition for those not in attendance.

There was so much to see and do at this show and is impossible to describe it all. Some highlights were being able to buy Harry Potter on Broadway tickets at reduced prices and to view pilot screenings of Watchmen, Harley Quinn, and Batwoman. Also, Manifest, Riverdale, and Roswell offered a special season premiere video presentation and a cast and producer question and answer session. A free slice of pizza could be had by tapping one’s badge at the pizza box stations on a pizza slice trail to hunt for the “Pizza Rat.” The first 1,500 people to get five slices each day of the show won a free four-day pass to the 2020 edition of the show. Book publishers set up at the show provided author signings of their new books. With Apple TV launching in November, its premiere genre shows had panels. M. Night Shyamalan’s Servant got a first look presentation as did the space race series For All Mankind by Ronald D. Moore. Syfy Wire hosted a 20-year Batman Beyond panel as well.

On the second day of the show I continued one of my annual con traditions with a stop at the Tomorrow Publishing booth. After greeting Eric Nolen-Weathington, who is an editor and designer for the publisher and runs the company’s booth, I renewed my Alter Ego subscription. It’s one of the best magazines on vintage comics out there and I don’t like missing any issues.

Walking the aisles and talking to long-time dealer friends, I got very positive vibes as they told me how pleased they were with sales. Vintage comic book sales are just booming right now with Silver Age keys leading the way. There was a pretty strong and varied showing on dealer’s walls of comics ranging from the mid-1930s to the hot books of today. Sales of original comic book art are also quite strong. Both Allie and I found some very nice books for our personal collections as well as some cool vintage comic art. Pop culture inspired clothing, jewelry, posters, make-up, candy, and more were offered for sale and it was not easy to keep track of all of it.

In terms of getting to the show, there were a lot of options. Those traveling to New York City from out of the tristate area used multiple airports and various regional train and bus lines to bring them into town. Once in town, there were a lot of hotel options, with many in the outer boroughs where hotel rooms are almost always cheaper than in Manhattan. To move around Manhattan, fans had the choice of taxies, the city subways, buses, and driving services. Thousands of people walked to the show, which was an amazing sight to see them stretched out on sidewalks for blocks.

Attendees will not starve while attending NYCC. Javits offers a food court with a nice variety of food options with pizza to hamburgers and a series of food stations all around the dealer floor. Outside the center, there are multiple food carts and once away from Javits, just a vast number of diners and restaurants to enjoy after a long day of convention fun. New York night life is a must for those with the energy to check it out. On Friday night we celebrated with a group of collector and dealer friends.

It’s important to note, that there is a process to buy tickets and you cannot buy tickets at the door. They are sold only online, and you must be fan-verified first no matter what type of ticket you buy. This is something to keep in mind if you are planning to attend for the first time in 2020.

As Allie and I left NYCC for the last time in 2019, we were already looking forward to October 2020 and the 14th edition of this great show.

New York Comic Con will return in 2020 on Thursday through Sunday, October 8-11 at the Jacob Javits Convention Center, located in midtown Manhattan at 655 W 34th Street in New York City. For updates and further information, check their website at www.newyorkcomiccon.com and sign up to receive email updates through the website.