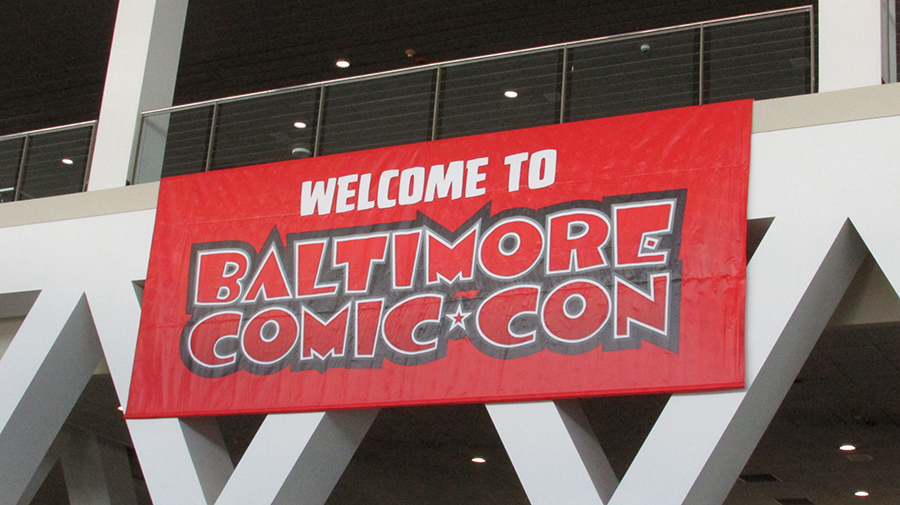 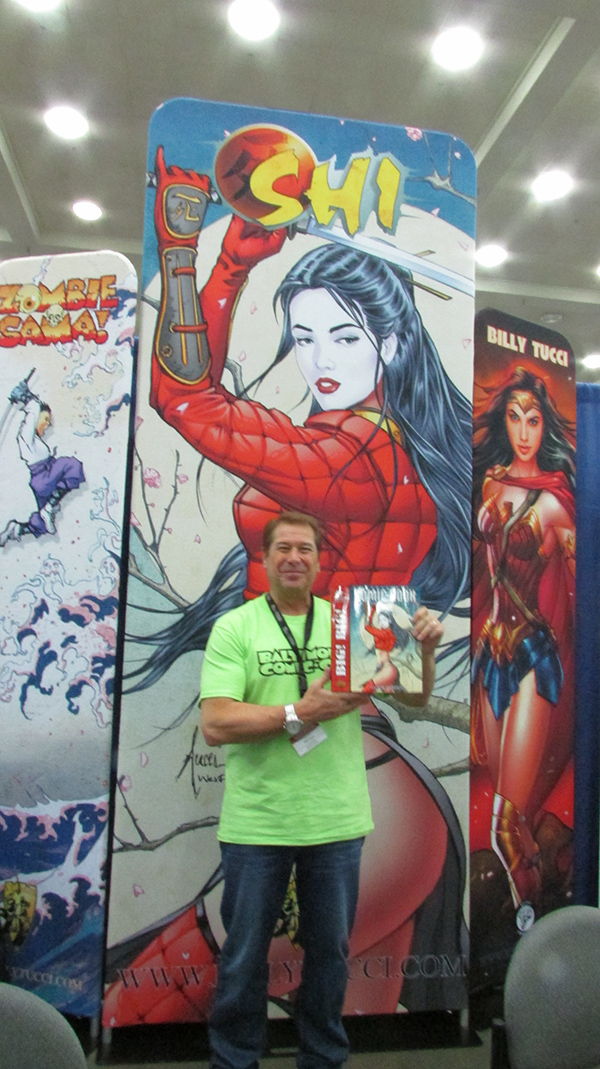 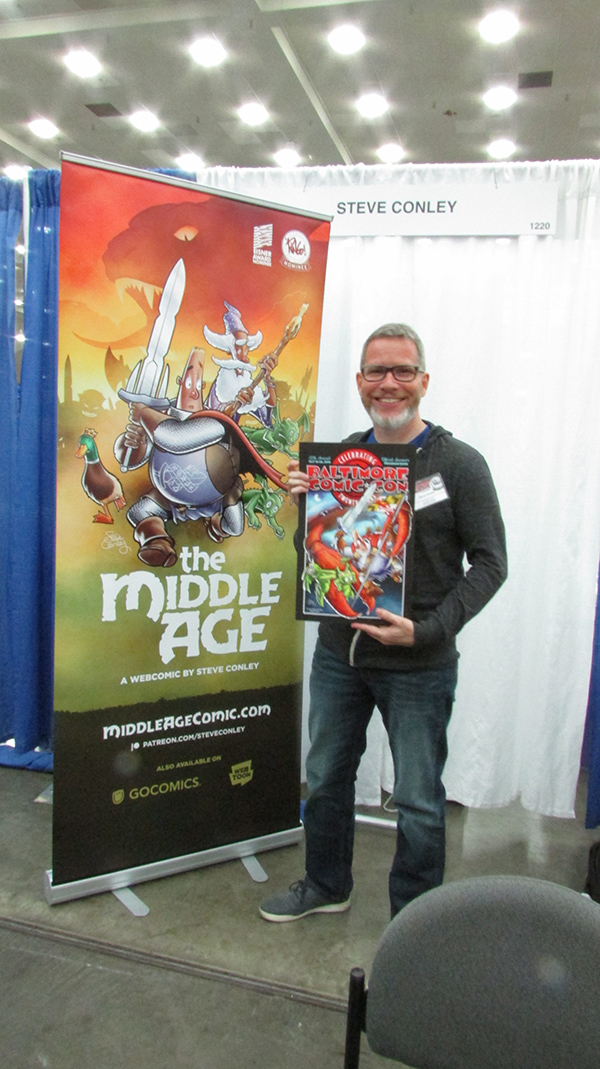 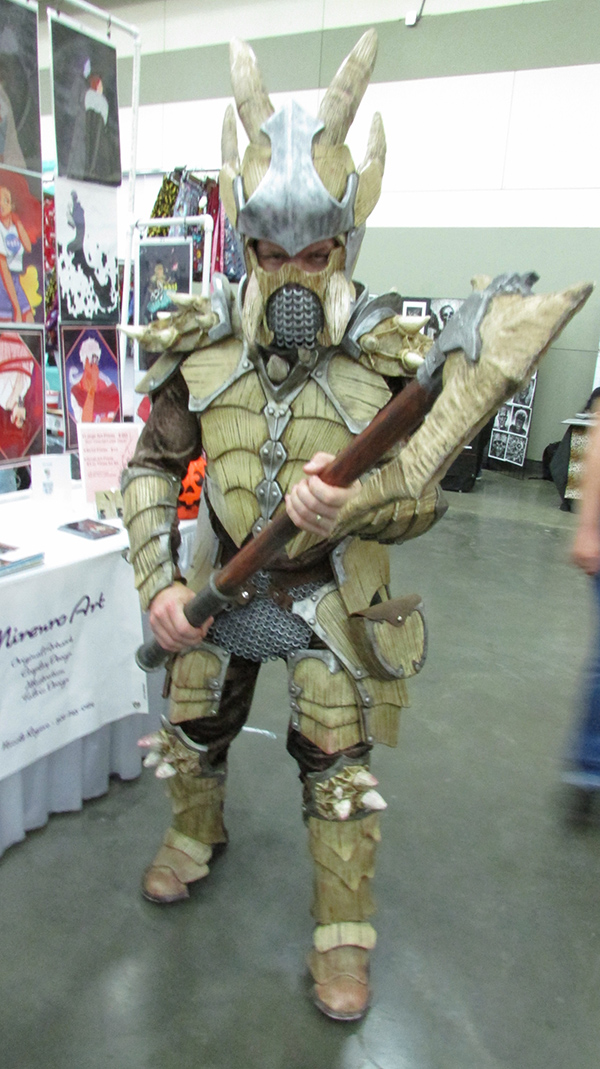 The Baltimore Comic-Con returned to the Baltimore Convention Center for its 20th anniversary event on October 18-20, 2019, and packed the place with dozens of industry and media guests alike for a weekend celebrating all things comics.

The show felt bigger than ever this year, with a guest list of comic industry members longer than could reasonably be listed here, plus plenty of media personalities representing shows such as Teen Titans Go!, Battlestar Galactica, Agents of S.H.I.E.L.D. and more. While Baltimore Comic-Con has dabbled with media guests more in the last few years, it’s still nice to see the focus be primarily on the comic creators, artists and writers that brought those characters to life to begin with.

Even better is how accessible the comic guests continue to be at Baltimore Comic-Con. Even if you don’t have anything to get signed or sketched, virtually every guest on the floor is happy to just chat with fans about comics, upcoming projects, or anything else. It’s a really relaxed atmosphere that you don’t often find at other big conventions, which often have guests secluded off and away from the public.

Despite the pretty relaxed, small-con feel, Baltimore Comic-Con remains a huge show, taking up the entire lower level of the Baltimore Convention Center and drawing thousands of people in attendance. It’s amazing how a show that has gone out of its way to continue to focus on the comic books themselves rather than on the television or film adaptations continues to thrive – it really goes to show how well the comic industry is doing, and how comics can remain a focus and still be this successful. Even with all of the cosplay seen on the show floor and all of the merchandise seen at vendor tables promoting the animated and live-action comic adaptations, the books themselves are clearly the focus. It results in a very different atmosphere from other large comic conventions around the country, and I think that’s for the best.

The only downside to the show is how separated the panel programming feels from the rest of the convention – while most of the show is down on the lower level of the convention center, the panels are up in some of the con center’s meeting rooms, away from the rest of the action. It ends up feeling kind of segregated in that fashion, and you almost have to make a specific note to go and visit the panel rooms, otherwise you may end up forgetting about them entirely. And the panel programming itself is solid, and worth checking out – virtually all of them are hosted by industry veterans and can provide fans and aspiring creators with some valuable insight. The only thing I think I’d like to see brought to the programming for Baltimore Comic-Con is more in the way of fan panels for the sake of mixing things up a bit, and to expand the panel options further.

Baltimore Comic-Con has somehow struck the balance of being an objectively big convention with a small convention atmosphere, and I hope it manages to stay that way for years to come. After two decades it’s clear that the convention isn’t bound to go anywhere anytime soon, and anyone who hasn’t had the privilege of attending should make plans to head to Baltimore next year.