Monday, August 3, 2020
Scoop is a totally free e-newsletter, produced for the benefit of the friends who share our hobby!
Home 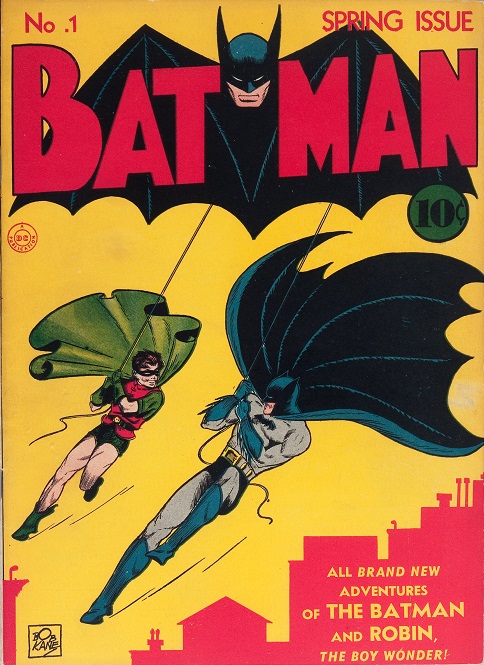 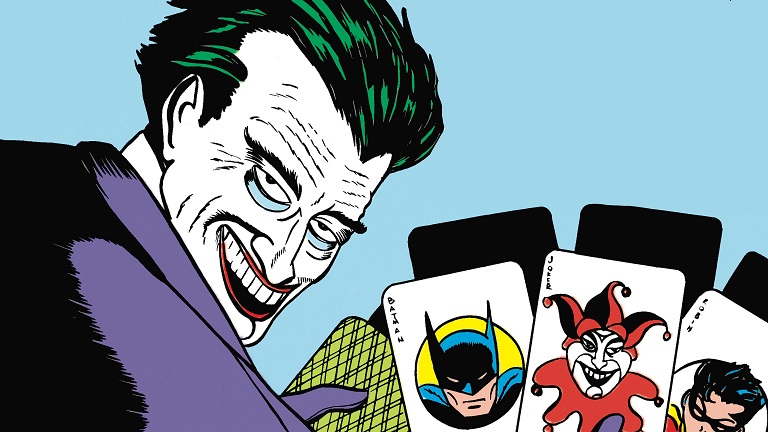 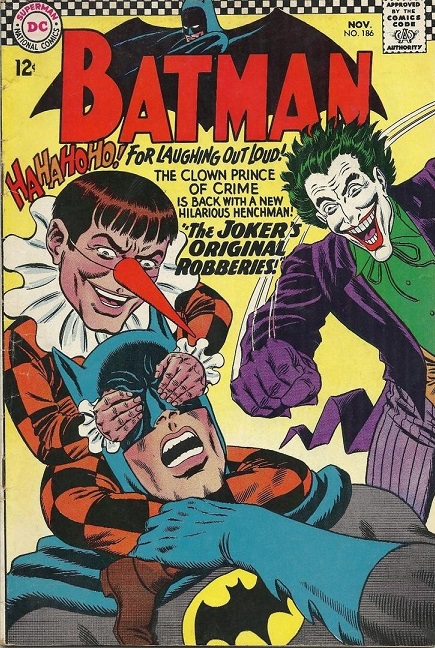 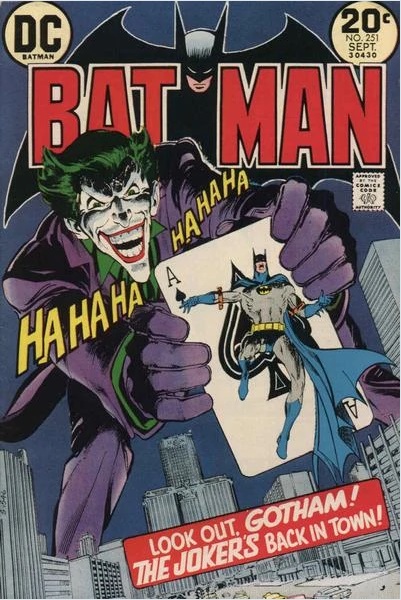 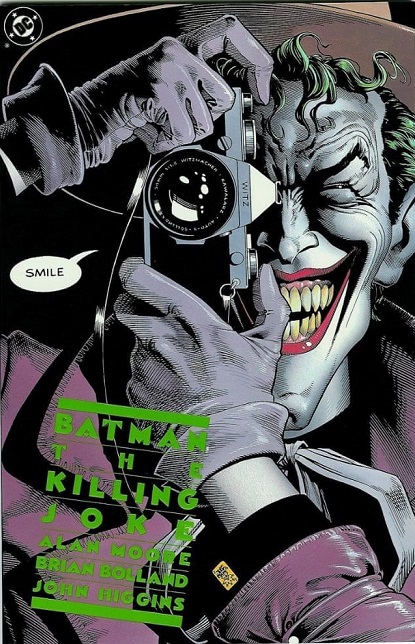 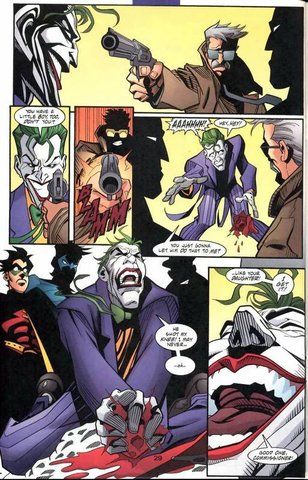 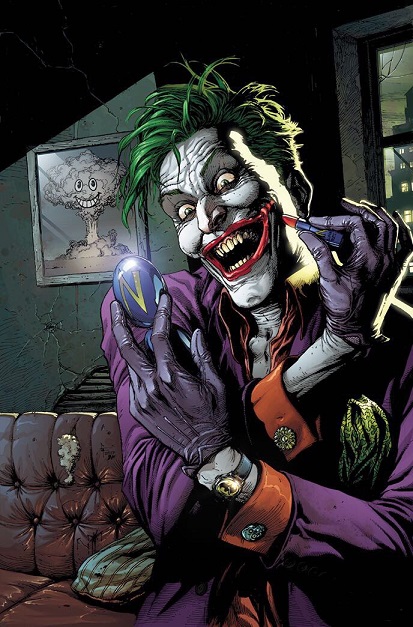 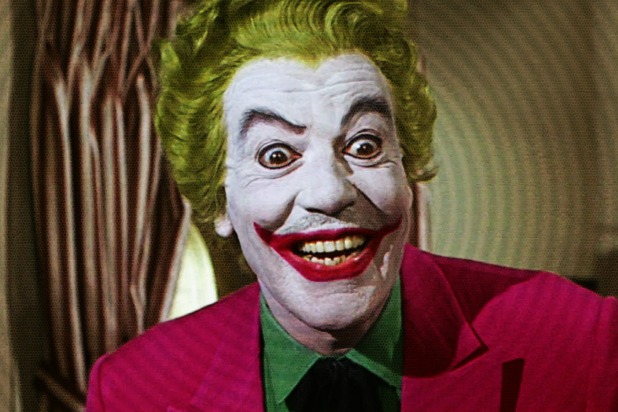 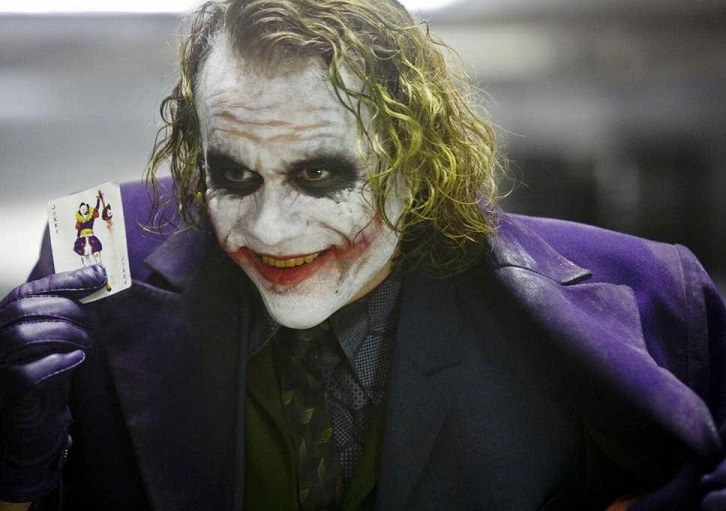 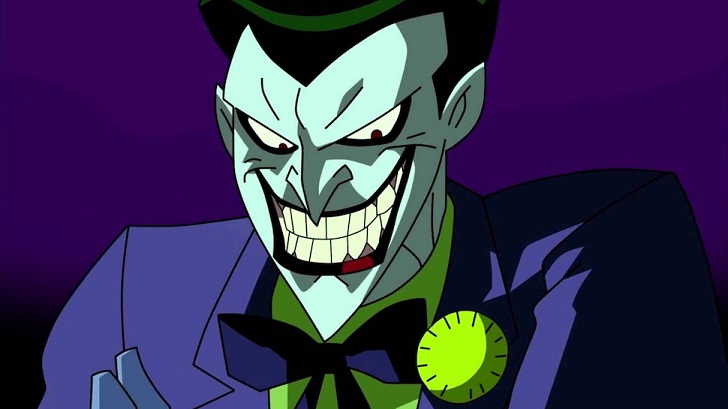 Few comic book villains are universally recognized, enjoyed, and feared like the Joker. He formulates his psychotic tendencies into poetically twisted ways to appease his sadistic sense of humor, creating unease for both his opponents and readers.

Though not exceptionally strong or highly skilled at combat, Joker is inventive. He is talented in chemistry, having created Joker Venom, which leaves his victims’ faces stretched in a horrific grinning death mask. He uses camouflage weapons, like acid in flower lapels, “bang” flag pistols containing spears, razor sharp playing cards, and deadly joy buzzers. Joker has also used many kinds of conventional weapons from guns to bombs.

Joker was created through the collaborative efforts of Bill Finger, Bob Kane, and Jerry Robinson. Debuting in Batman #1 (spring 1940), Joker announces his intentions to kill wealthy citizens with Joker Venom and steal their precious gems. As Batman and Robin investigate the crimes, Joker kidnaps Robin, but Batman tracks them down, saves Robin, then after another attempted heist, Joker is captured and sent to prison.

Having become a popular villain, Joker made regular appearances in the Golden and Silver Ages. An early example of a sillier Joker story is in Detective Comics #64 (June 1942) when he turns himself in for his crimes and is sent to the electric chair. Joker’s gang retrieves his body and he resumes a life of crime, but now he can’t be charged because he’s legally dead. His desire to one-up people is seen in Batman #25 (October 1944) when he and Penguin challenge each other to steal a famous emerald and in #32 (December 1945) after he captures Batman and forces Robin to help his criminal activities.

He became more of a goofy prankster and less violent in the ’50s and ’60s. This was partially done to appease the Comics Code Authority and later to make him similar to the Batman TV show’s energetic version.

His appearances in the ’60s included more thievery and challenges to his peers. Joker and Clayface engage in a crime competition in Batman #159 (November 1963) and Joker gathers a group of criminals to steal antiques and historically significant items in #186 (November 1966). Joker starts a crime spree during nighttime in Detective Comics #388 (June 1969), earning the nickname “Public ‘Luna’-tic Number One.”

In 1973, the writing and art team of Dennis O’Neil and Neal Adams revived the Joker as a mastermind and killer in Batman #251. Joker escapes from a mental hospital for the criminally insane and vows to kill all five members of his former gang because one ratted him out. Despite Batman’s efforts to stop him, Joker carries out his grisly plan in savagely cunning ways, including poisoning one with Joker Venom while the man is in Batman’s protective custody, and killing another with an exploding cigar that blows up his entire household.

The Clown Prince of Crime became the first Bat villain to star in his own comic series with The Joker #1-9 (May 1975-September 1976). Filled with stories of his dealings with other supervillains, it was often about Joker getting the better of them.

Joker left his mark on the 1980s in two shocking ways. Alan Moore and Brian Bolland crafted the graphic novel Batman: The Killing Joke (1988), which explored his origin, suggesting that he was a failed comedian who became Red Hood. Having escaped from Arkham, he shoots Barbara Gordon and takes photos of her while she bleeds out on the floor. He proceeds to torture Commissioner Gordon in a run-down amusement park to drive him crazy. But Gordon retains his sanity and once free, demands that Batman capture him lawfully to prove that their system works.

His other major event of the period was told in Batman #426-429 (December 1988-January 1989) with the “A Death in the Family” story arc. Jason Todd, the second Robin, sets out to find his birth mother while Batman tracks Joker, now in possession of a nuclear weapon. Their stories converge and during the ensuing conflict, Joker brutally beats Jason with a crowbar and leaves him unconscious and bleeding in a warehouse where he is killed by a time bomb.

Harley Quinn, Joker’s sidekick and love interest, was introduced in 1992 in Batman: The Animated Series. The 1994 graphic novel Mad Love, written by Harley’s creators Paul Dini and Bruce Timm, provided her origin story as a psychiatrist who becomes interested in the Joker during therapy sessions at Arkham. The pair fall in love and she becomes his regular accomplice. Through the animated series and comics, the relationship is presented as lopsided, with Harley smitten and Joker alternating between being happy or irritated with her. Joker abuses her with insults and tries to kill her on several occasions, one of which was told in the 1999 graphic novel Batman: Harley Quinn.

Joker was part of the villain-heavy No Man’s Land event in 1999 when Gotham is declared to no longer be part of the U.S. after several disasters. Joker kills Sarah Gordon, the commissioner’s wife, but finding no humor in her death, turns himself in. Enraged, Gordon shoots Joker in the knee. Realizing he may not be able to walk again, Joker bursts into hysterical laughter after realizing that he took Barbara’s ability to walk and the Commissioner has reciprocated. In his fit of chilling laughter Joker says, “Good one, Commissioner.”

When DC relaunched their titles in 2011 as the New 52, Joker cuts off his own face and disappears for a year, during the Death of the Family event. He returns to attack Batman’s family of heroes so that they can become the best hero and villain possible. Joker poisons Gordon with a blood thinner, takes over Arkham and frees other villains, and manipulates Batman into an electric chair by kidnapping his Bat-Family. Later he hosts a mock dinner party with Batman and his allies, dousing them in gasoline. Batman escapes and fills the cave with water then pursues Joker to a cliff where Joker jumps over the edge.

The “War of Jokes and Riddles” in Batman Vol. 3 #25-32 (2017) sees Joker and Riddler start a war for territory in Gotham after Riddler attempts to create a partnership and Joker stabs him in response. In the climactic fight between Joker and Riddler, Batman intervenes and is about to stab Riddler when Joker stops him and rediscovers his ability to laugh because Batman almost broke his no killing rule.

As part of the Dark Nights: Metal (2017-2018) story, Joker and Batman actually team up to combat the Batman Who Laughs, the alternate version of Batman that was transformed into the Joker.

Joker’s lengthy comic history has extended into TV, movies, and video games. His live-action roles began when Cesar Romero played him in the 1966 Batman TV series and movie as a cackling prankster. Jack Nicholson portrayed Joker as a sadistic gangster in the 1989 Batman movie. Heath Ledger became the Joker in The Dark Knight, making him a terrifying anarchist (winning a posthumous Academy Award for his performance). Jared Leto took the role in Suicide Squad with simmering intimidation and a drastically different look with tattoos and a mouth grill. On the Gotham TV show, the Joker appears as an ideology rather than an individual, played by Cameron Monaghan. In 2019, Joaquin Phoenix took the role for Joker, winning an Oscar for his depiction of his evolution from lonely failed comedian into the criminal mastermind.

Mark Hamill began voicing him in Batman: The Animated Series, with theatrical flair that kept him dangerous but acceptable for an audience of kids. He would voice Joker in multiple shows and movies, including Batman: Mask of the Phantasm, The New Batman Adventures, the Justice League series, Batman: The Killing Joke, and multiple video games. Aside from Hamill, Larry Storch, Lennie Weinrib, and Frank Welker voiced Joker in early animated adventures and Zach Galifianakis voiced him in The Lego Batman Movie.

Across the spectrum of silly trickster to sadistic murderer, Joker has proven that his capacity for villainy has no threshold. Even without possessing comic character trait staples like superpowers, invincibility, super-strength, or unlimited resources, Joker is one of the most important villains in comics and Batman’s greatest enemy.

A full version of this article can be found in The Overstreet Price Guide to Batman, available now.