Monday, March 8, 2021
Scoop is a totally free e-newsletter, produced for the benefit of the friends who share our hobby!
Home 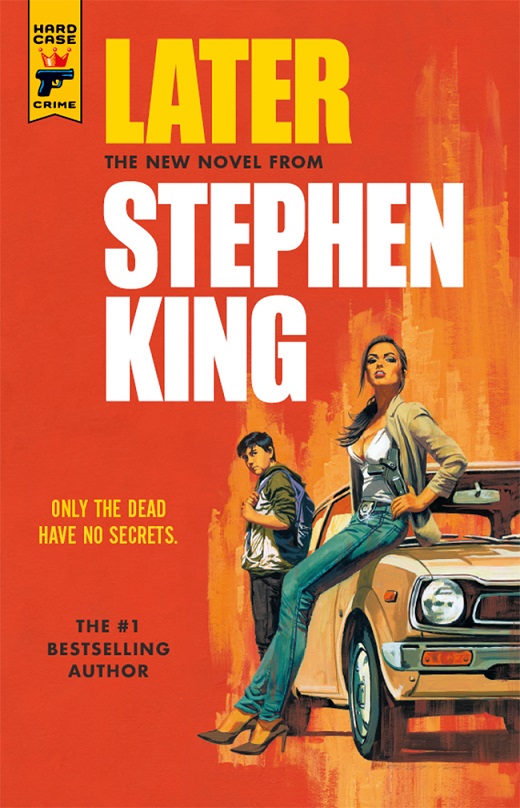 Later, the next novel by Stephen King, is a horror story – which the lead character will warn you. It tells the story of Jamie Conklin, a boy growing up in New York City with a single mom and an extraordinary ability. An unnatural ability. It manifests when he is barely out of his toddler days and persists through childhood, giving Jamie the ability to see things no one else can and learn the most fiercely kept secrets. It also makes Jamie the witness to moments that are touching and thoughtful or gruesome and horrifying.

As soon as Jamie’s new talent announces its presence by shocking the little boy, he dutifully informs his mother. Once she comes to believe in his ability, she strenuously cautions Jamie against telling anyone else about it. When Jamie gets a few more years under his little belt, someone learns his secret and his talent is used to help an NYPD detective stop a killer from committing atrocities. And that’s when things really get weird.

Later mixes the awkwardness of growing up with the twisted way Jamie’s unnatural ability affects his life. Chunks of the book read like a coming of age story, minus the melodrama. Jamie is 4, then 6, then 9, and so on watching his mother struggle with the bills and drink too much wine while he plays with toy cars and later notices girls. He wrestles with his feelings over his mom’s girlfriend and befriends an elderly neighbor.

Then, he gets maneuvered into tricky situations or outright smacked in the face by them when he witnesses something he doesn’t want to see. Facing down these types of situations prove tricky as supernatural rules he thought were established get broken and he gets used for others’ gain.

It is the type of book that must be reviewed with vague terms because twists and surprises hit Jamie, and by extension the reader, on a regular basis. King’s use of the tactic is flawless. He doesn’t beat the reader over the head with foreshadowing. Instead, the reader is just as surprised as Jamie when something messed up happens.

King, a master at building suspense, crafted a final act that raises the pulse with breakneck speed. Having already become a skilled tactician, Jamie shakes off the remnants of his childhood innocence when horrifying surprises put his life, his very soul, in danger. It’s not the scariest King book, but there are some frightening moments that would scare the bejesus out of anyone as much as they do Jamie.

Simply put, it’s a good book. It’s easy to identify with Jamie as he processes the world around him and comes to realize adults can be manipulative as well as nurturing. It’s scary enough to sate King’s horror fans, but not too scary that it’ll put off crime and suspense readers.

Later is part of Hard Case Crime, the line of pulp style crime novels by Titan Books. It is King’s third book with Hard Case Crime, following The Colorado Kid and Joyland. This is a very lean book for King, clocking in at 256 pages, making it the perfect option for those who want to read a King novel when they don’t have the time to invest in 500 pages or more.