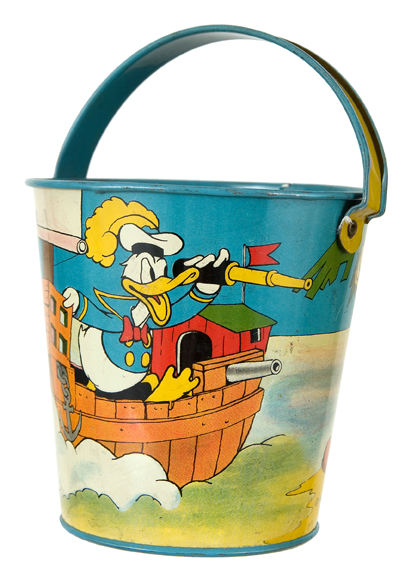 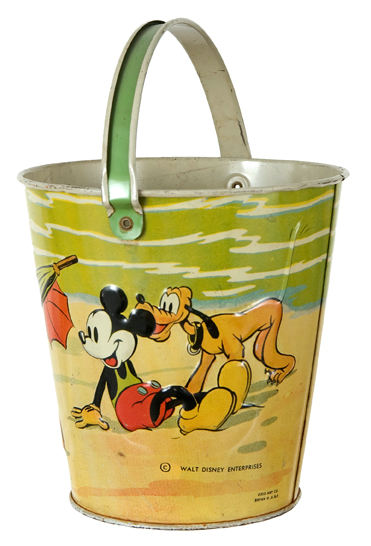 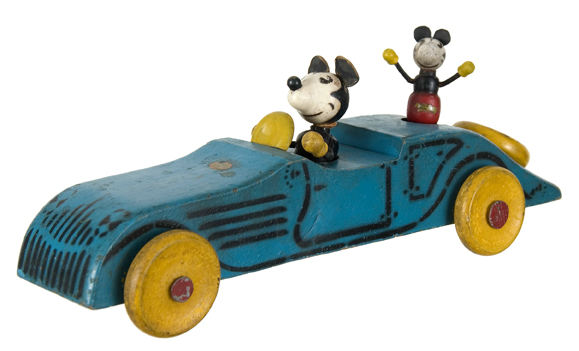 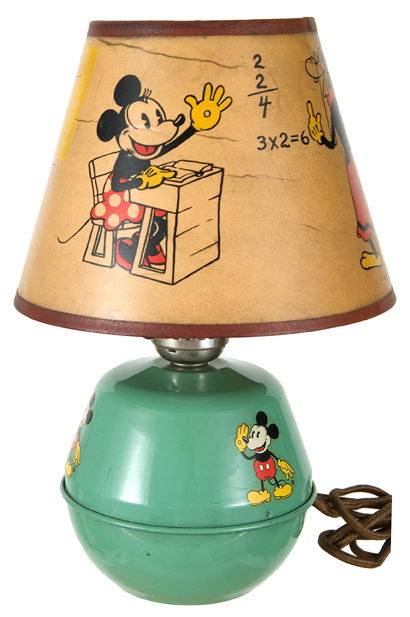 Deak Stagemyer, a fixture at Hake’s Auctions who worked there since 1978, passed away on Monday, August 9, 2021. As the Hake’s staff and Geppi Family Enterprises grieve this loss, we wanted to share an interview Stagemyer did with Scoop in 2008 when he started selling some of the large collection he had cultivated throughout his life:

Deak Stagemyer started collecting Disneyana items in the mid-1970s. He was planning to sell 25 pieces through Antique Trader magazine, but while displaying them in his living room, Stagemyer decided to keep the collection and expand on it. During the next 10 years he visited flea markets, shows, and auctions buying various pieces until the collection grew to include 750 pieces, by 1985. After over 20 years of enjoying the collection, he has been selling various pieces through Hake’s Americana & Collectibles. In Hake’s latest auction, Stagemyer’s lots comprised part of the largest Disneyana offering they have ever had.

Scoop talked to Deak Stagemyer about his collection, the results achieved in the auction, and his plans for future sales.

Scoop: What percentage of your items sold?
Deak Stagemyer (DS): It was a really good sell-through. Like 85% sold.

Scoop: Are you pleased with the results?
DS: I’m very pleased over all. People were bidding until the very end. It gets very exciting.

Scoop: Many of the lots saw aggressive bidding, was it exciting to see the price bounce around among different collectors?
DS: Oh yeah, sure. Some lots I was wondering about because they were rare items and didn’t have many bids yet. But then by the end, items brought what they should have and beyond.

Scoop: You had two Disney sand pails, one featuring Mickey Mouse and Donald Duck that sold for almost five times what it was expected and the other featuring multiple characters sell for almost twice what it was expected to make. Did that surprise you?
DS: I was surprised by the little one (Mickey and Donald sand pail) that’s for sure. But the condition drove the price. That was about the nicest example you can find. And the other one (the multi character pail) is the only embossed pail that Disney ever made. The mold would have been very hard to make. With the other pails, they were run through the litho process then cut out and made into a pail. The embossed one was more expensive to produce. The company decided not to make anymore of them since the regular ones that weren’t embossed were selling well.

Scoop: Were there any other lots that sold for more than what you expected?
DS: All of them sold well. I can’t complain about anything. I was pleased with the Mickey Mouse pull toy by Fun-E-Flex. The Mickey Mouse figural composition pencil box was one of the things I most recently bought, only about five years ago, brought twice what I paid for it. The wind-ups were strong. The lights (Mickey Mouse lamps with shades) ended up selling well. I was very pleased with those. The Jiminy Cricket wind-up toy sold well. But nothing really surprised me like the pails.

Scoop: Now that you’ve sold these Disneyana items, will you build your collection back up? Will you collect from a different genre?
DS: I do want to keep collecting. This was my main collection, but I do have a bunch of other collections. I started collecting art deco about thirty years ago, then I switched to toys. I have a collection of about 100 Japanese tin toy trucks all in the original boxes from the 1950s. I have antique advertising from this area, like serving trays, signs, bottles, and tins from companies that were here in York, Pa. I have a lunchbox collection as well.

Scoop: Are you planning on selling anything in Hake’s next auction?
DS: Yeah. I have another 70 items here already.

Scoop: Are they Disneyana?
DS: Yes they are all Disneyana. The next sale will include more good sand pails; more pull toys, including a nice Donald Duck and a Pinocchio; an assortment of Mickey, Minnie, and Donald bisque figures; both Mickey and Donald hand cars, the Mickey one is still in the box; a Davy Crockett wagon; and a lot of other great stuff.

To read more about Stagemyer, visit our Industry News section.