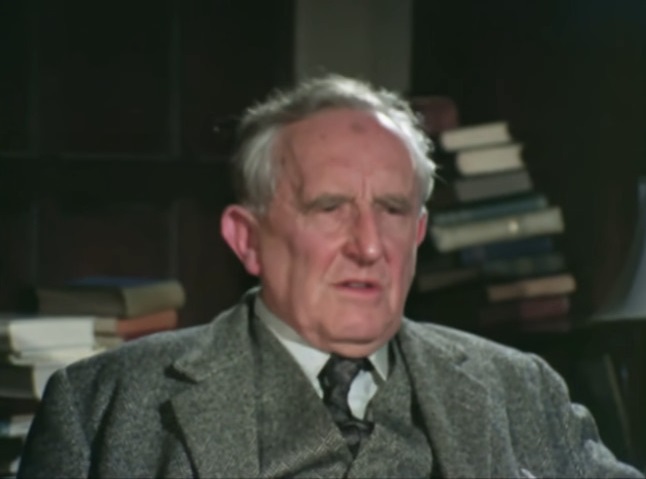 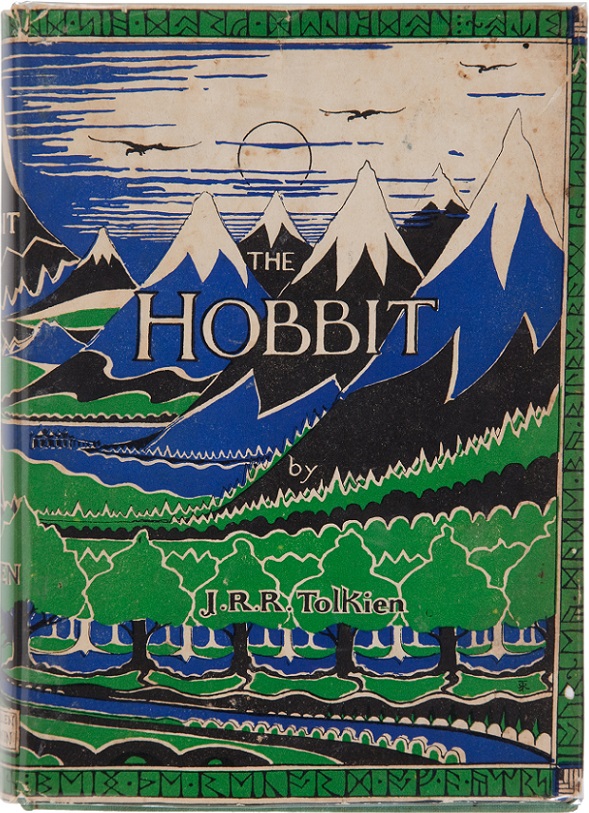 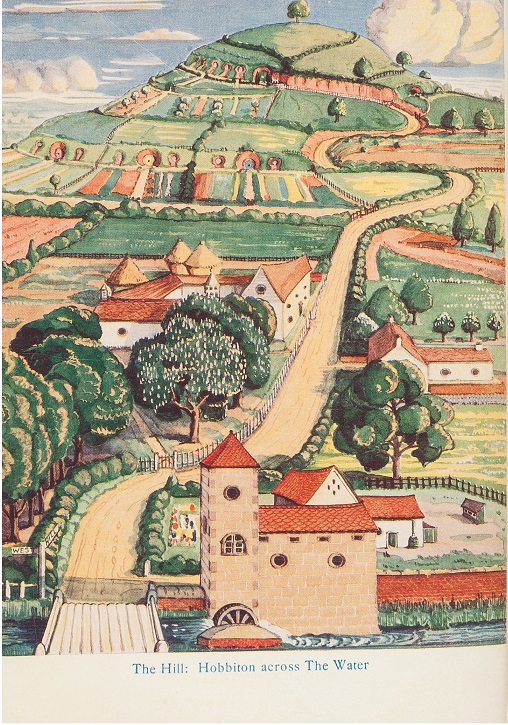 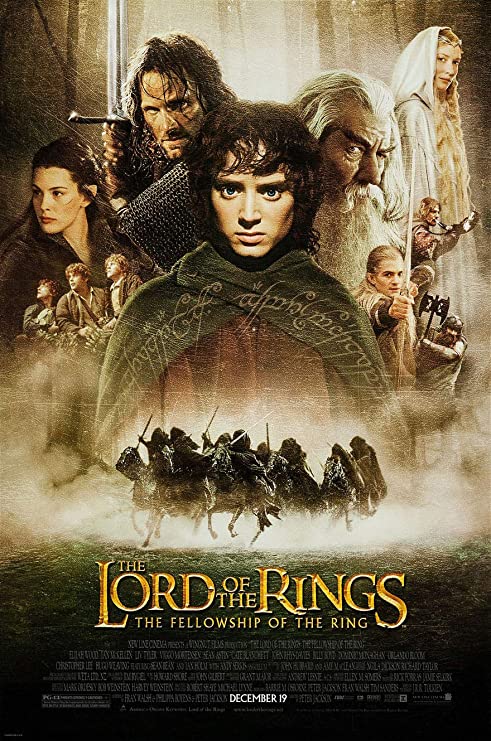 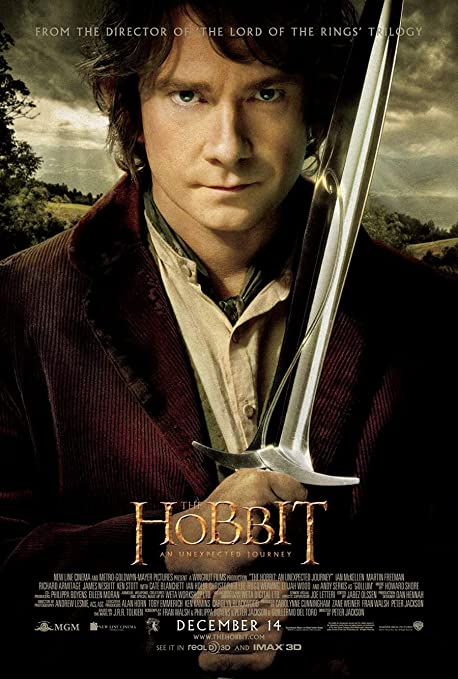 All writers want to make an impression on the people who read their work. They want to inspire, entertain, and make people think. In the case of J.R.R. Tolkien he achieved these goals to such a degree that readers escape into the world he created long after turning the final page.

John Ronald Reuel Tolkien is the world renowned fantasy author of The Hobbit and The Lord of the Rings trilogy. He was born on January 3, 1892 in Bloemfontein, South Africa, then after his father died from rheumatic fever, his mother resettled the family in Birmingham, England.

Tolkien’s mother also died young, so he and his brother Hilary spent much of their childhoods living with a relative and in boarding homes. For higher education, he specialized in Anglo-Saxon and Germanic languages and classic literature, earning a first class degree at Exeter College. He served in the military during World War I, fighting in the Battle of the Somme, then he was released due to illness. In 1916, he married Edith Bratt.

Tolkien’s next move was to join the University of Leeds, followed by becoming a professor at Oxford University. There, he created the writing group, The Inklings, which also included C.S. Lewis and Owen Barfield. It was at Oxford that, while grading papers, he had the first bit of inspiration for The Hobbit.

Published in 1937, The Hobbit follows the titular character Bilbo Baggins as he tries to procure treasure that is guarded by a dragon named Smaug. His adventure takes him from the comfort of his rural home through dangerous territories where he meets wizards, dwarves, trolls, goblins, and other fantasy creatures. To provide a visual element to the book, Tolkien created over 100 drawings for the novel.

As he continued to work on scholarly publications, Tolkien spent time developing what would become his magnum opus. He released The Fellowship of the Rings in 1954, followed closely by The Two Towers and The Return of the King in ’55 to complete the Lord of the Rings trilogy. The rich fantasy story expanded on what he started in The Hobbit, filling pages with more hobbits, elves, and orcs.

It begins when Frodo, a hobbit who inherited the powerful One Ring, embarks on a quest with several companions to destroy the ring and save Middle-earth from the Dark Lord Sauron. The quest to Mordor becomes more and more complicated as the fellowship must stop the wizard Saruman. In the third leg of the trilogy, Gandalf and Aragorn lead their army against Sauron’s troops as Frodo and Sam come closer to Mount Doom.

Not only is it an intricately developed story, Tolkien gave the work even more depth with complex lore, detailed maps, and its own languages. This level of world building and story layering brought Lord of the Rings to life so thoroughly that generations of readers have become enraptured by the fictious world.

The books saw dominantly positive reviews from critics and became a worldwide success. It inspired countless Tolkien and Lord of the Rings fan clubs, LARPer campaigns, cosplayers, even scholars. Tolkien’s extra efforts have also inspired scores of fantasy and science fiction writers. The series, along with The Hobbit, have sold tens of millions of copies.

Tolkien retired in 1959, though he went on to publish Tree and Leaf, an essay and poetry collection, and the fantasy novella, Smith of Wootton Major. He died on September 2, 1973 at 81 years of age, two years after his wife, Edith had passed.

Nearly 30 years after his death, Lord of the Rings embarked on a cinematic adventure. Director Peter Jackson (whose most famous directorial outings up to this point were Heavenly Creatures and The Frighteners) helmed the ambitious adaptation. It featured an all-star cast of Elijah Wood as Frodo, Ian McKellen as Gandalf, Orlando Bloom as Legolas, Christopher Lee as Saruman, Viggo Mortensen as Aragorn, Sean Bean as Boromir, Sean Astin as Sam, Cate Blanchett as Galadriel, John Rhys-Davies as Gimli, Liv Tyler as Arwen, Andy Serkis as Gollum, and Ian Holm as Bilbo.

The trilogy was released in back to back years, starting with The Fellowship of the Ring released in 2001, The Two Towers in 2002, and The Return of the King in 2003.

Jackson returned to Middle-earth after less than a decade, turning The Hobbit into a film trilogy. Martin Freeman clinched the role of Bilbo, Richard Armitage as Thorin, Benedict Cumberbatch as the Necromancer/voice of Smaug, Evangeline Lilly as Tauriel, Lee Pace as Thranduil, Luke Evans as Bard/Girion, James Nesbitt as Bofur, and Ken Stott as Balin. It also saw the return of McKellen, Blanchett, Lee, Wood, Serkis, and Bloom. Similar to LOTR, The Hobbit trilogy saw theatrical release in successive years, starting with An Unexpected Journey in 2012, The Desolation of Smaug in 2013, and The Battle of the Five Armies in 2014.

Some of Tolkien’s work was not completed at the time of his death, so his son Christopher has edited several stories, including The Silmarillion and The Children of Húrin. New life is being breathed into Tolkien’s fantasy realm with Amazon working on a TV series based on prequel adventures that happened before The Fellowship of the Ring. The first eight-episode season is expected to drop on Amazon Prime Video on September 2, 2022.