In the Limelight
A Slow-Burning Fire: The Marvel and DC Fireside Books 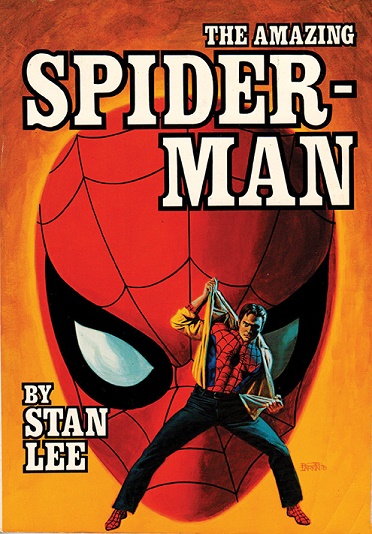 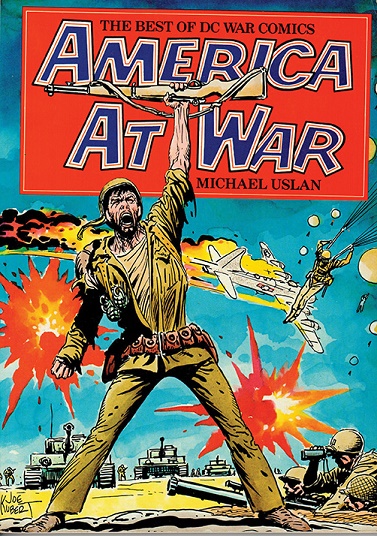 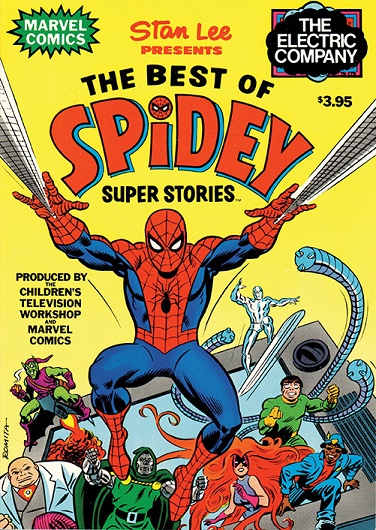 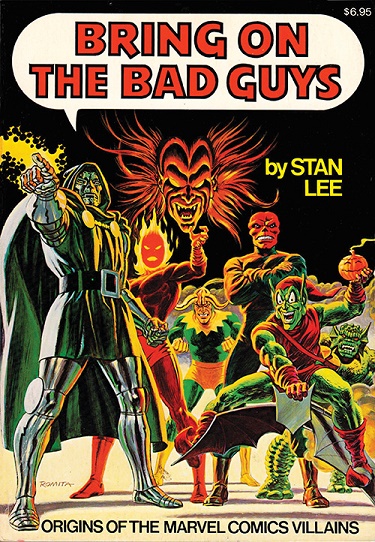 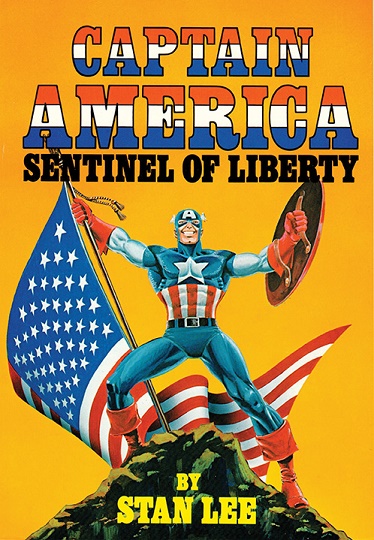 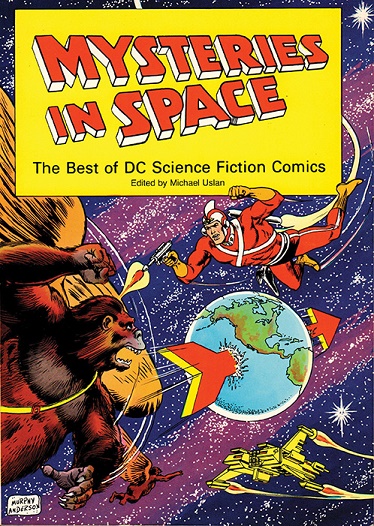 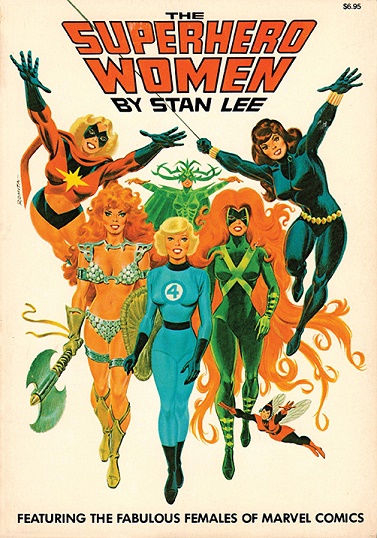 In The Overstreet Comic Book Price Guide #29, Bob Overstreet made the addition to our listings of the comic book hardcover and soft cover volumes published by Simon & Schuster under their Fireside imprint between 1974 and 1980. At the time, this decision was met with general apathy except for the overwhelmingly positive reaction of the core group who collected the books. As it turned out, they were clearly onto something.

Trade paperback and hardcover collections were already well established in 1998 when the addition was made. DC Comics had distinguished itself as the leader in the emerging market segment with its comprehensive (and comprehensible) publishing program. The beginnings of the robust archival market we enjoy today were well underway.

Both DC’s DC Archives and Marvel’s Marvel Masterworks had shown that there was a solid customer base for such programs, but the secondary market for such publications was still in its early stages at that point. One could argue that it still is, at least to some extent.

The Fireside books have always held a special place for a select group of fans. For those in that group, they were among the first hardcover or trade paperback collections of comic books that many of them had ever seen.

Beginning with Origins of Marvel Comics and continuing through the numerous follow-ups, the Fireside books presented readers with origin issues and other stories of Marvel’s most popular characters. With Silver Age keys already hitting hundreds of dollars – they certainly seemed expensive at the time – these books were providing a great way for new readers to enjoy those issues without having to purchase the originals.

Many copies became dog-eared over time from repeated readings, and this is an important factor to consider when collecting them. Simon and Schuster’s line has long been difficult to find in grade, particularly the hardcovers.

As mentioned above, the formula for the Marvel books was simple enough: take the origin story of a key character or group of characters, give it an introduction, and follow it up with a more contemporary story featuring the same character or characters.

Son of Origins, The Superhero Women, and Bring on the Bad Guys rounded out the larger volumes. The Amazing Spider-Man, Captain America, Doctor Strange, Fantastic Four and Marvel’s Greatest Superhero Battles were the slightly thinner follow-ups.

Only The Silver Surfer (1976) differed. This Stan Lee/Jack Kirby collaboration featured a new take on the Surfer’s origin, one which did not feature the Fantastic Four in any way. Not only was it not a reprint (despite being something of a remake), this Bronze Age gem was Marvel’s first true graphic novel, well ahead of their series of graphic novels launched in the early ‘80s.

While clearly not the earliest American graphic novel, this is still a very important piece both historically and by merit of its scarcity. Only now becoming truly appreciated by collectors, it is increasingly difficult to find in grade (again, particularly the hardcover).

The DC Fireside books were theme-based anthologies. America at War – The Best of DC War Comics, Heart Throbs – The Best of DC Romance Comics, and Mysteries in Space are as difficult to find in grade as their Marvel counterparts, but in reality may actually be significantly more rare. Frequently one can find even experienced dealers who aren’t even aware of the DC books.

It’s not terribly surprising that grade and printing edition play a huge role in the desirability of the Fireside books for collectors. In all cases, the first printings are in the highest demand with the hardcovers leading the way.

There were multiple printings of some of the books in Simon & Schuster series, and later Marvel issued their own revised editions of some of them. The Marvel reprints of the Origins series, it must be noted, have done a great favor for those collectors with the original books in their collections. The more recent editions have contained the same familiar origin stories, but the contemporary (in the late ‘70s) follow-up stories have been replaced with even more contemporary pieces. If anything, this heightened the perception of the rarity for the original editions.

Skeptical? When was the last time you saw one of these books in a grade that wasn’t already in someone’s collection?

“We have not sold any, not due to demand, but because we have not had any come in collections. A friend of mine purchased a collection of the hardcovers in 1999. Apart from that particular collection, I have not had the chance to purchase any hardcovers,” said Steven Houston of Torpedo Comics. “They are scarce in my opinion and I would price nice condition hardcovers ‘through the roof’ as they say.”

“We’ve never seen the Heart Throbs one or America at War! The Silver Surfer is always popular, because it’s Lee/Kirby,” said Ted VanLiew of Superworld Comics. “The hardcovers go for significantly more than the soft covers, as they turn up much less frequently.”

Veteran Overstreet Advisor Doug Sulipa reports that demand for the books has been steady, but suggests they’re not as “hot” as they were when first listed in the Guide. Even with that proviso, though, he believes that the soft cover versions of the post-1976 volumes are significantly undervalued in 2.0, 4.0. 6.0 and 8.0. He reports that they sell as fast as he can find them at 150% to 200% of Guide.

The 1974-1976 soft cover books (Origins of Marvel Comics, Son of Origins, and Bring on the Bad Guys) are slower movers as they are more common, he said, but if listed correctly, noting that they had second and subsequent printings, they sell better. He noted his belief that first printings should be priced 50% higher than later ones.

He said the Silver Surfer soft cover, although it is easily found, remains in constant demand as it is the “most important” book in the series. In the original art market, pages from this book have started commanding attention as well.

One volume that had been a sleeper for many years but which has awakened in more recent times is The Best of Spidey Super Stories. Sulipa commends it as “by far the scarcest” and suggested its values should be 300% of current Guide prices. While that would be a pretty big jump, there is definitely merit to that consideration.

He also noted several other trends.

“Heart Throbs is by far the scarcest DC title and should list at 200% of current Guide prices, and the 1978-1980 titles focused on one main character are in higher demand than the combo titles,” he said. “Hardcovers are much scarcer and are usually found with dust jackets in FA/GD, GD/VG or VG/FN, usually not higher.”

As VanLiew alluded to, the market for the hardcovers remains strong, at least when they actually show up. They don’t show up all that often, and when they do, they can command substantial premiums, frequently in the 200-300% of Guide range, though sometimes even more than that. In these cases, the dust jackets can become a key component. While they are usually worse for wear even if the book itself is in higher grade, those with high grade dust jackets are rare indeed. It’s enough of a consideration that Sulipa offered a formula for pricing the volumes with dust jackets. He suggested adding 50% of the hardcover book price for its grade to 50% of the book price for the grade of the dust jacket to determine final value in between the two grades.

Of Mighty Marvel Comics Strength and Fitness Book, Sulipa warns “Beware: most copies have writing inside; marked copies bring 25%-90% less depending on the severity of the marking,” and he issued the same caution for the various editions Mighty Marvel Superheroes Fun Book. He pegged the 9.2 price at $100 for each of those books.