In the Limelight
Exploring Fashion in Action with John K. Snyder III 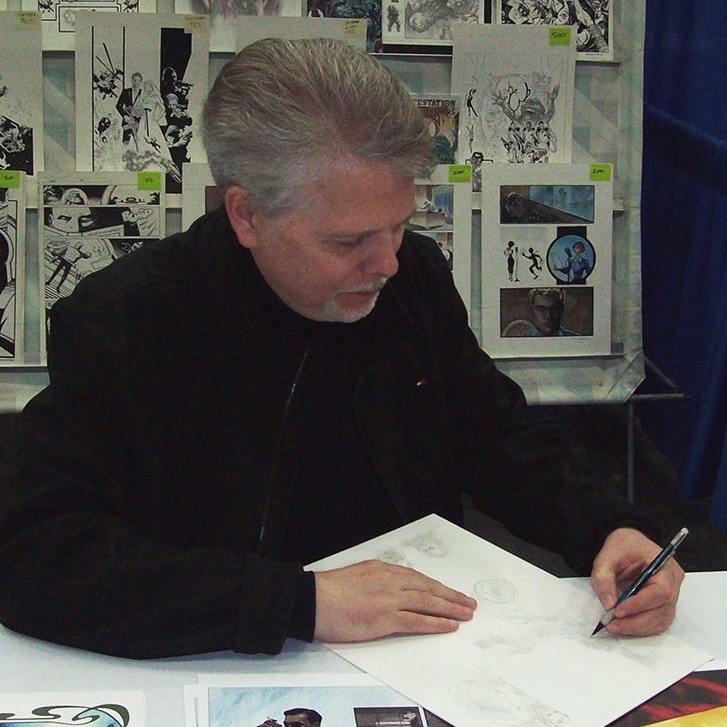 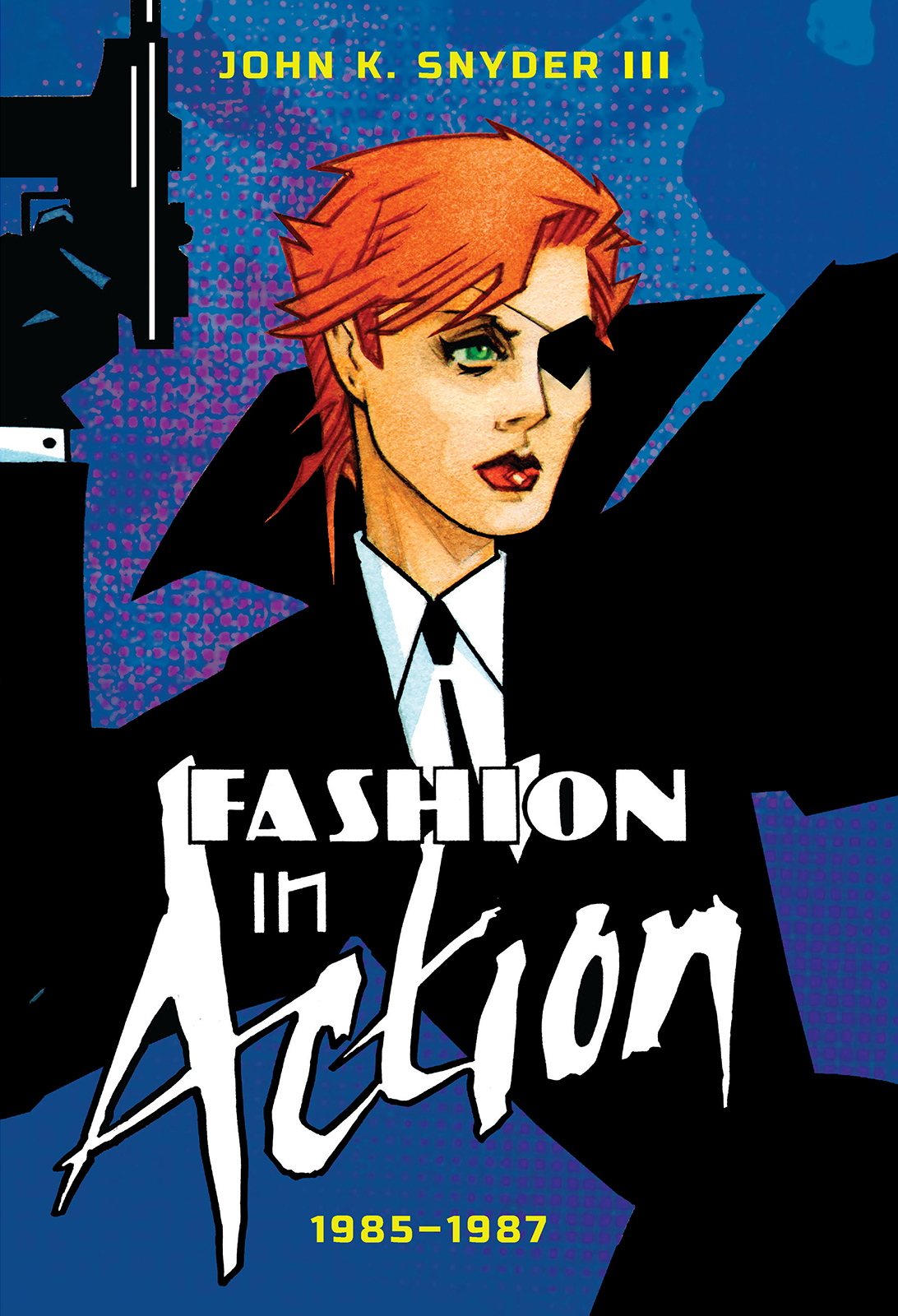 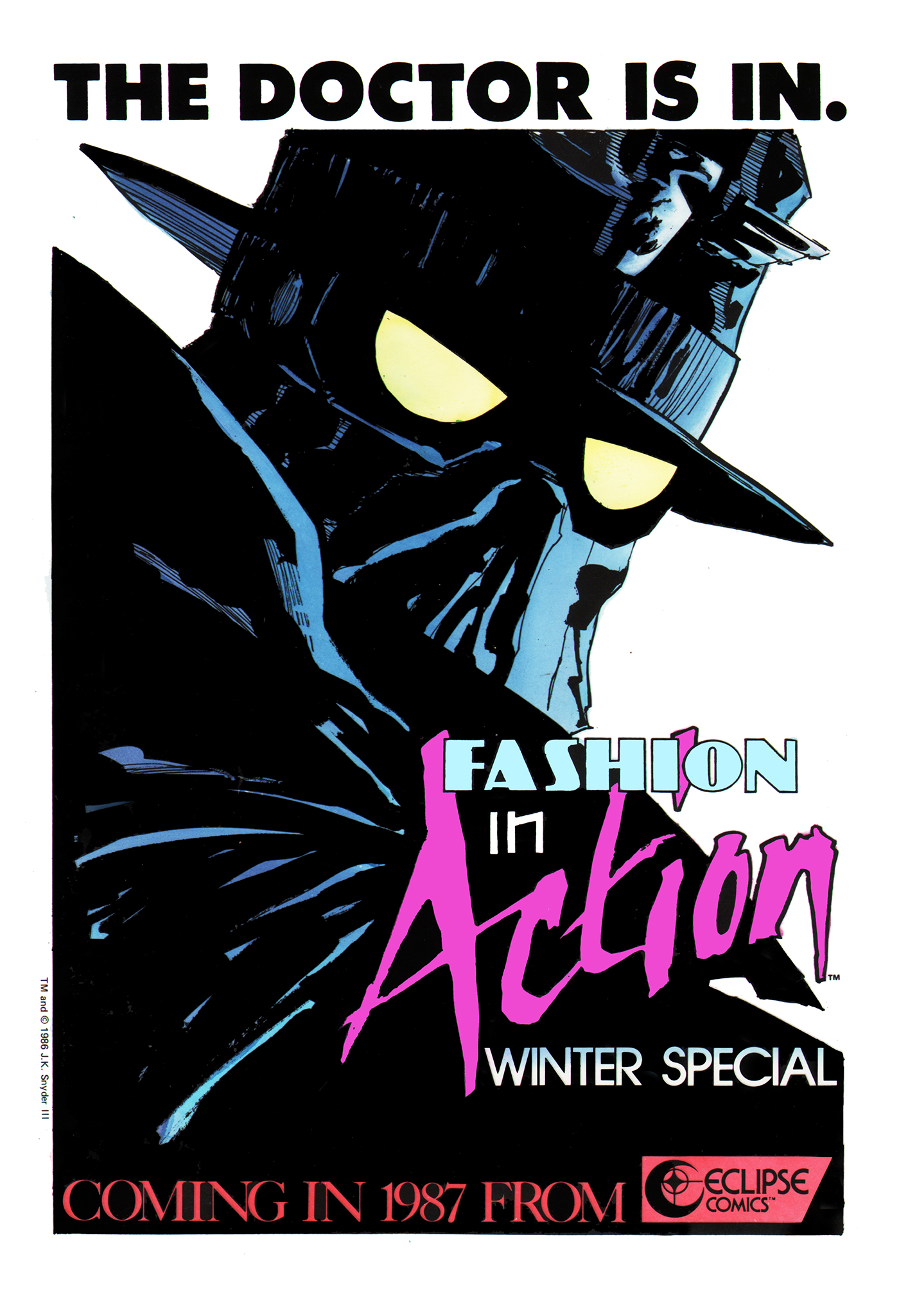 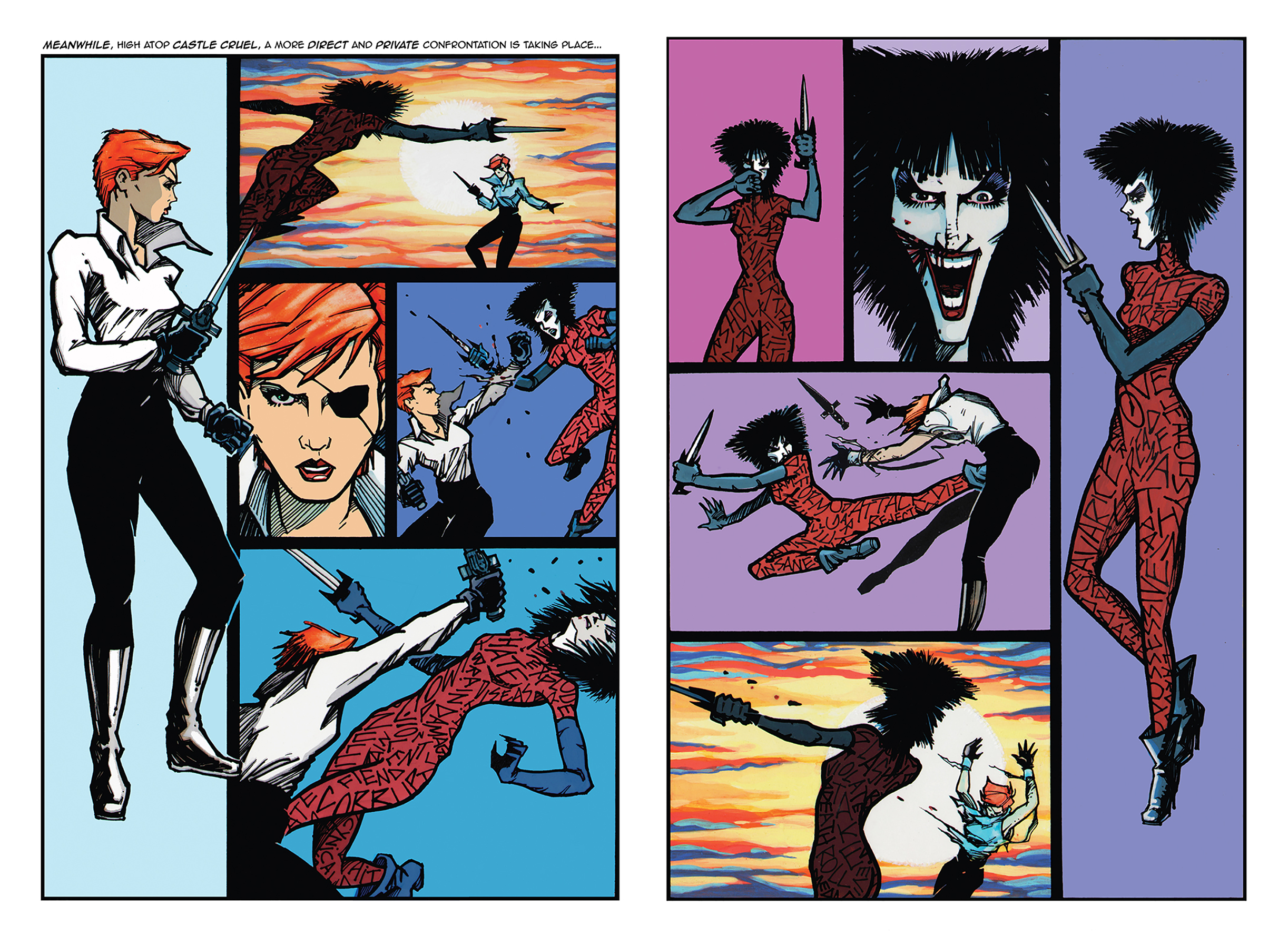 In 1985, writer-artist John K. Snyder III released a revolutionary series that featured a tough as nails squad of women bodyguards in the ’80s-fueled future of 2087. Initially included in the pages of Tim Truman’s Scout (Eclipse Comics), Fashion in Action followed the exploits of Frances Knight and her all-female celebrity protection agency. Although short-lived, Fashion in Action brilliantly combined political intrigue, strong minded women, and, of course, fashion.

Snyder recently completed a successful Kickstarter campaign to release a restoration of Fashion in Action in a new hardcover collection. Now, only during the month of February, a new softcover edition is available for preorder through Diamond. This softcover edition, published by Bedside Press and distributed through Renegade Arts by Diamond, will be exactly the same as the Kickstarter edition in content but will feature a brand new cover designed by Keeli McCarthy.

Scoop had the chance to speak with Snyder about the work involved in the Kickstarter campaign and restoration, the history behind Fashion in Action, and what plans lay ahead for the talented writer-artist.

Scoop: Last year, you launched a Kickstarter with Hope Nicholson of Bedside Press to reprint Fashion in Action. Were you surprised by the support this project quickly received?
John K. Snyder, III (JKS): It was a very pleasant surprise to hear from fans from the original run and gain a whole new generation of fans supporting the series and collection as well.

Scoop: When you originally released Fashion in Action in 1985, the concept of a female-centric action comic was groundbreaking. What inspired you to create this series?
JKS: I think I just wanted to do something in the adventure genre other than the forced machismo/Dirty Harry-style that was being done at the time. Looking back, that genre has a certain type of nostalgia and charm to it, but at the time it seemed pretty overbearing. I thought it was a good opportunity to offer something different. It seemed very natural to expand the adventure genre to include women, it was overdue even then.

Scoop: Frances Knight and her squad of all-girl bodyguards differed from the bombshell pinhole comics had placed female characters in, at that time. These women embodied real women, coming in all shapes and sizes with varying personalities. Did any women in your life personally influence any of the characters?
JKS: Yes. I had grown up in a large family of strong-minded women, I had a lot to draw from! Plus at the time I was around a number of fiercely independent women in and around the local music and arts scene, in addition, the female artists coming out out of the new music era and seeing them perform live was a great inspiration as well. There was a very real presence there, that things were moving forward. All of this went straight into developing the characters in the series.

Scoop: The restoration work for this collection was clearly a labor of love. What all was involved in the process and did working on it bring back any memories for you?
JKS: I was working with materials from over 30 years ago ‒ predominately the film positives, color on greyline photostats, original art, xeroxes of the art, and even the original published work. Fortunately most all of it was in excellent condition and could be easily scanned. It became more meticulous in fine-tuning the color and blending together some of the previously mentioned elements, but with the final results turning out as well as they did, it was worth it. The finishing touch was having the series re-lettered by Ryan Ferrier, who did a terrific job.

During the restoration process, it did jog some memories. The series was produced at the height of the 1980s independent comic market, and it was an exciting time to be getting started in the field. So it did bring some pleasant reflection on that period, but in the end, as I like to say, there’s no time like the present.

Scoop: Today, many comics are finding new life on television and in film. Would you ever consider adapting Fashion in Action in such a way? Or even relaunching the comic series?
JKS: Yes to all of the above! There’s much more to explore with Fashion In Action! It’s all a matter of the right combination to make it all happen, just like it did with working with Bedside Press publisher and editor Hope Nicholson to create the Kickstarter and our funders that made this new collection possible. I have many new ideas for new stories for print, and would welcome developing the series for all the new formats for live action, even animation, as well.

Scoop: What projects are you currently working on?
JKS: I have just completed work on an adaptation of renowned crime noir novelist Lawrence Block’s Eight Million Ways To Die. The graphic novel features his most famous character Matthew Scudder, and is coming this June from IDW. It’s available for order now from Diamond as well!

Scoop: Do you have any upcoming convention appearances planned?
JKS: Currently I’m already looking forward to attending my favorite convention, the Baltimore Comic-Con, this coming September 28-30!