On September 20-22, 2019, thousands of comic book and movie fans, alongside cosplayers and collectors gathered to celebrate pop culture at the Edmonton Expo, held at the Northlands Expo building.

Despite several guest cancellations, the exposition halls were filled with families, cosplayers and the curious.

First-time guest, Patrick Broderick, was a popular stop for comic book fans. “My sketch list kept me busy,” said Broderick who worked for Marvel and DC during his career. “This is my first visit here and it has been good so far.”

Broderick has illustrated Captain Marvel and The Micronauts for Marvel, Captain Atom, Fury of Firestorm, Green Lantern, Swamp Thing, and Batman: Year Three for DC in addition to advertising/animation and books with Future Comics.

Renee Witterstaetter returned to Alberta after a short hiatus with superstar artists Mike Zeck and Arthur Suydam whose displays filled a corner with dazzling poster sized art and personalities. “It’s good to be back in Alberta,” said Witterstaetter. “Fans have been great as usual in Edmonton.”

Beside her, Zeck was busy sketching and signing books and posters. “This sketch is different,” said Zeck. “The fan has the Marvel Comics Tryout Book, and he wanted me to ink this Spider-Man panel as the black Spider-Man. Looking through the book, he has invested a lot of money into it so far. First time I have had someone ask me to do this.”

Across the corner, Suydam worked on his tablet and interacted with fans as they came up and talked about his Marvel Zombies work. Upfront and center in his booth, DC’s new series, DCeased exhibited his versatility. “I have been busy professionally, and there are three books coming out soon,” said Suydam. “Fans have been asking so they will be ready. This show is good, and it is nice to talk to fans about my work.”

Cartoonist Derek Evernden was happy to have his book of cartoons published by Renegade. “I was a political cartoonist until Donald Trump took office, but he is self mocking, so it made satire difficult,” said Evernden. “It was then I switched gears and turned to single panel cartoons, complete with three beats per illustration.”

He added that Gary Larson was his mentor and inspired him to create the way he does. “I hope that I have been able to avoid boomer humor, but it does take work to create a good cartoon and I have a good crew that helps me narrow down my text and art,” Evernden said.

Publisher Alex Finbow added that as soon as he saw the book, he had to publish it.

Popular guest John Gallagher, production artist for Supergirl, Once Upon a Time, and many other TV productions out of Vancouver shared his gift of fan interaction sharing his views of superhero TV and the state of the industry. “This has been a busy show again,” said Gallagher. “Soon as I get home to Vancouver, it’s time to do some variant covers for Marvel, Image and IDW along with some set design.”

Along celebrity row, cosplayer, voice over artists and film/tv stars drew lines of fans looking to meet and greet. George Takei, Marina Sirtis, Sean Astin, Cary Elwes, and Wallace Shawn anchored one side while the other stars completed the lineup.

The Princess Bride was well represented by Elwes and Shawn and celebrated in three panels. Elwes spoke of his time on the film fondly, speaking of his favorite scenes, including when Wesley comes back to life and storming the castle. He also shared a memory of Andre the Giant’s first day and his memorable on set fart that had the cast waiting. “I remember [Rob] Reiner asking Andre if he was okay and it they could continue,” said Elwes. “He said he was and we continued filming.”

Casey Cott, who plays Kevin Keller on Riverdale held fans rapt attention during his panel. The 27-year old actor spoke of his previous film roles adding that Keller is a role totally unlike any other he has had to date. “My favorite part of the season is that Moose and I have developed a friendship and how that is progressing,” said Kott. “Kevin is a complex character and I am thankful that I got the opportunity to play him in the show.”

One of the most popular booths was the Alberta Lego Builders, which showed off outstanding builds of the Enterprise to popular Star Wars ships and such. Other popular venues included Geek Speed Dating, a free massage booth, and an outstanding Bioware booth/display that gave away complete Biomass book series to fans.

Costumed fans are always some of the main attractions of any convention, and Edmonton is no different. While only 50 participated in the Sunday cosplay photo opportunity, hundreds strolled the aisles stopping to pose upon request.

“There was a good variety of costumes,” said Jeremy Rinas. “My Hero Academy was well-represented, and a group of Hobbits wandered the venue. The Saturday Wonder Woman was particularly well done.”

Coryna Bartsch of Red Deer liked the King Arthur/Black Knight/Patsy family. “The costume was complete down to the backpack on Patsys’ back,” she said. “There were Jedi, Batman, Batwomen, Batkids and the entire Marvel Comics Universe showed up.”

Always a popular attraction at the convention, the running of the dinosaurs drew crowds and cameras as the troupe wound its way through aisles and corridors. When all was said and done as the show ended on Sunday, fans were already making plans for Edmonton 2020 and Calgary Expo. 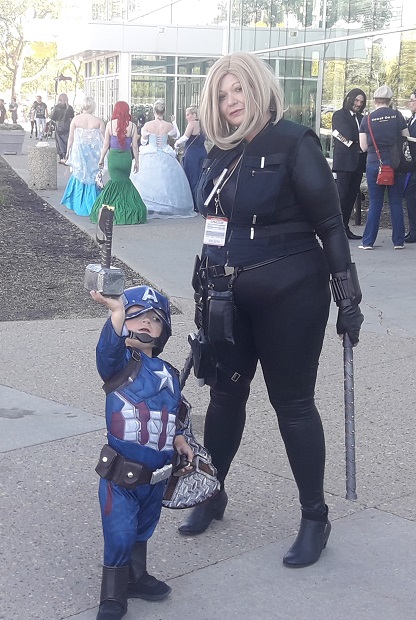 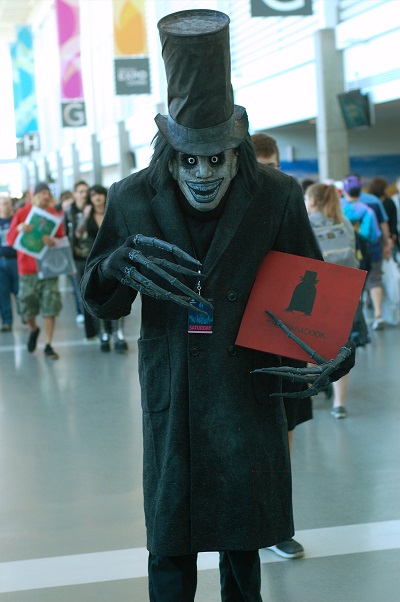 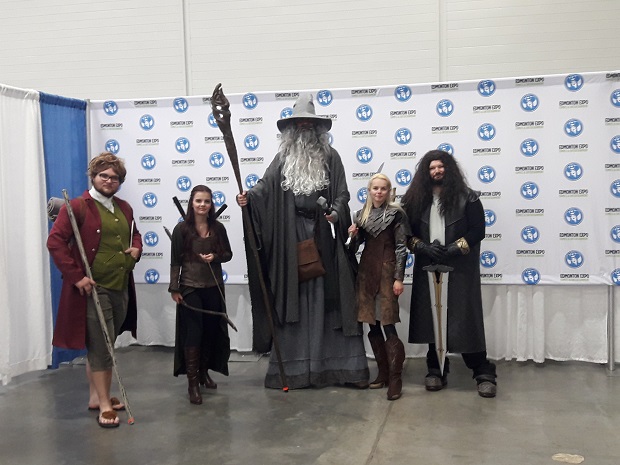 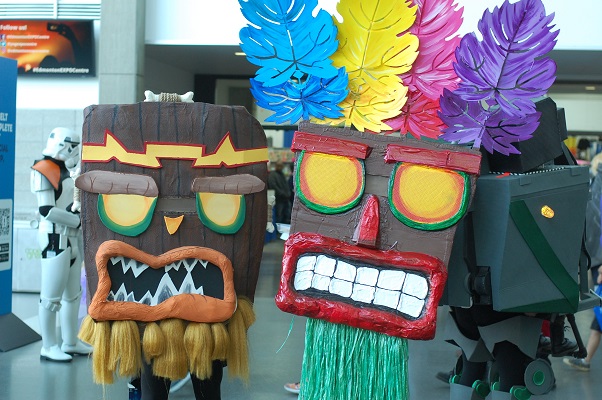 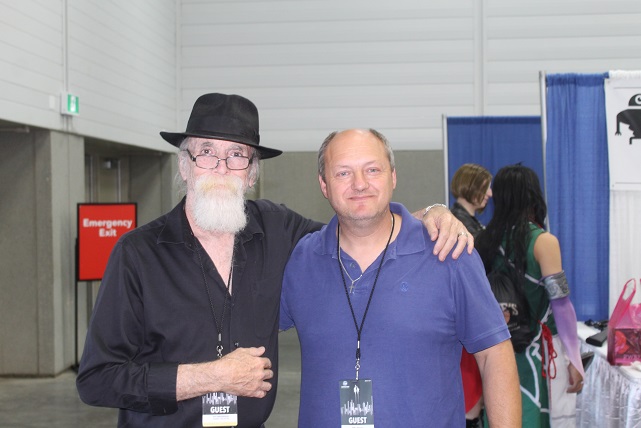 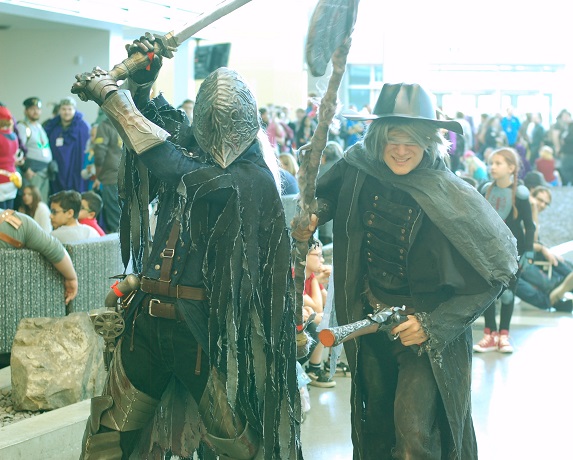 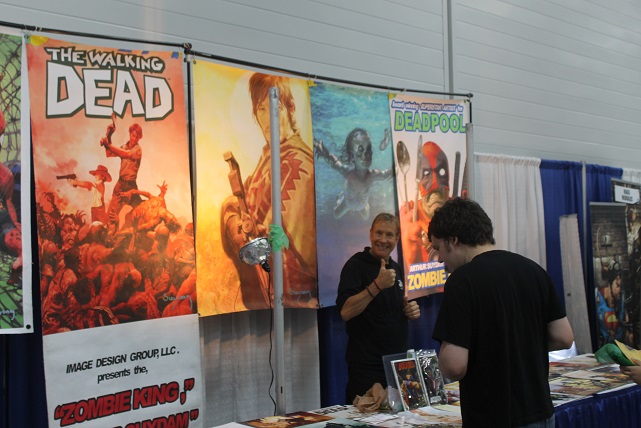 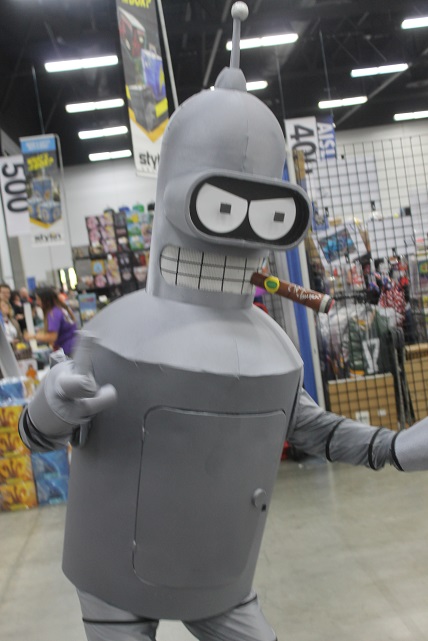 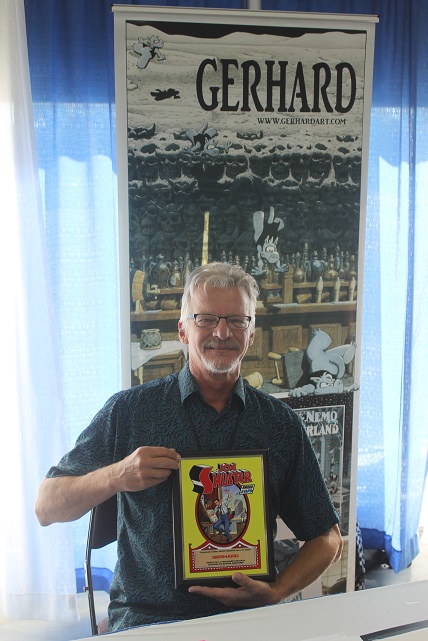 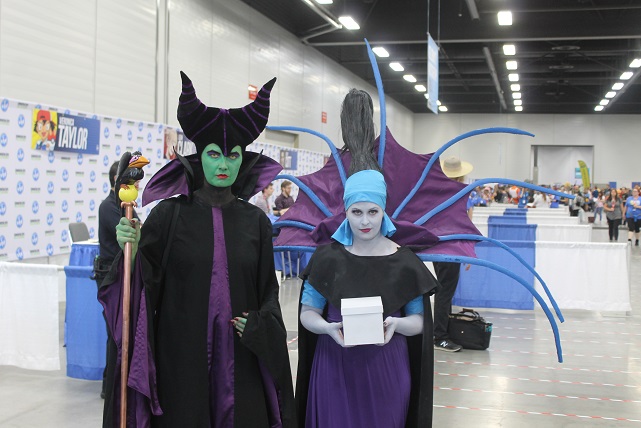 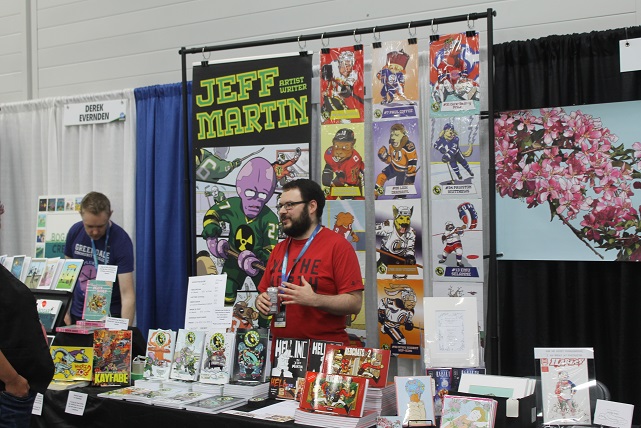 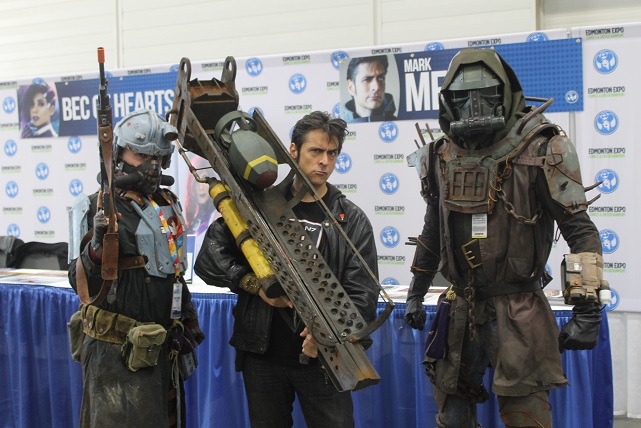 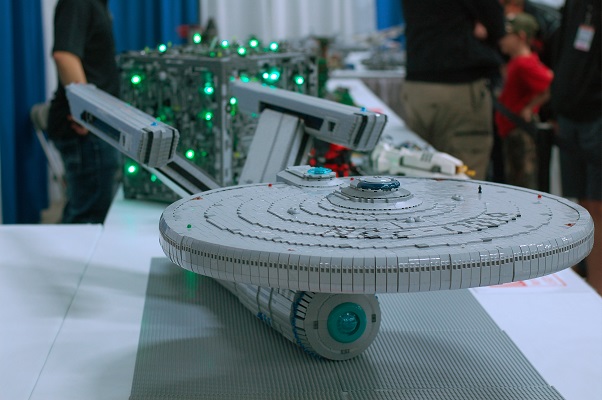 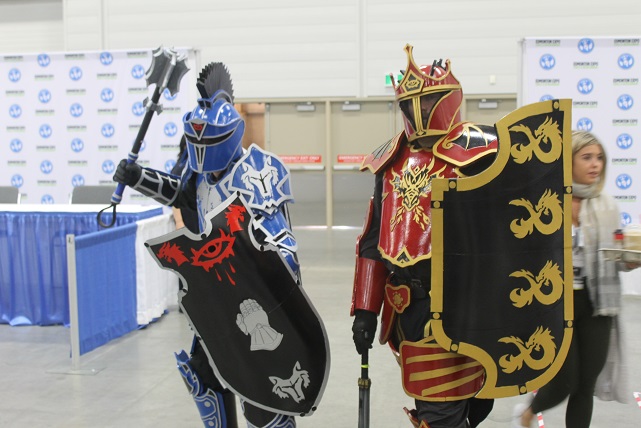