In the Limelight
Tom Corbett, Space Cadet: Adventures in TV & Beyond 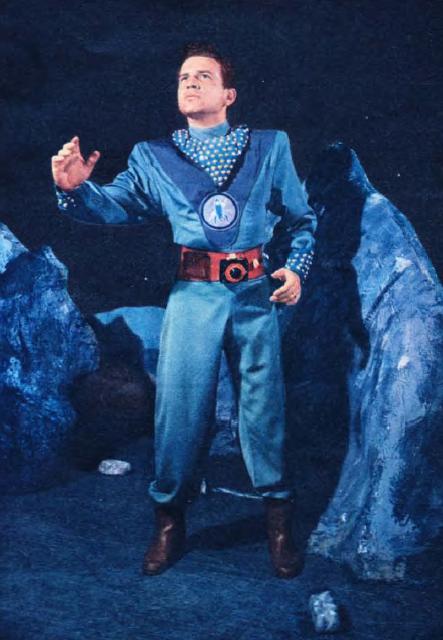 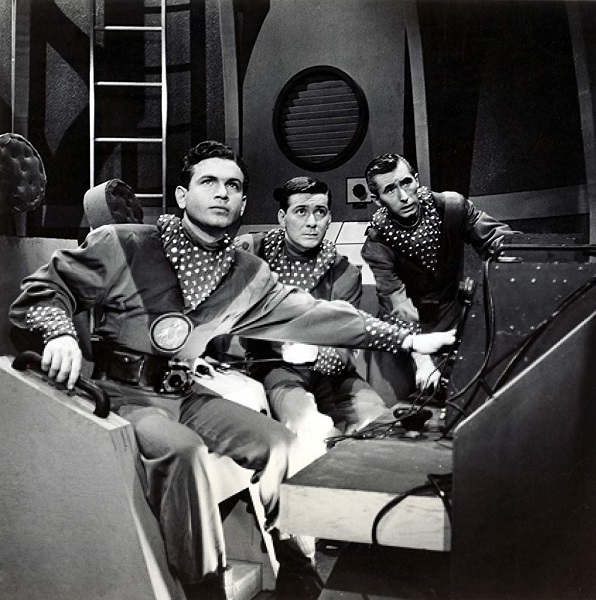 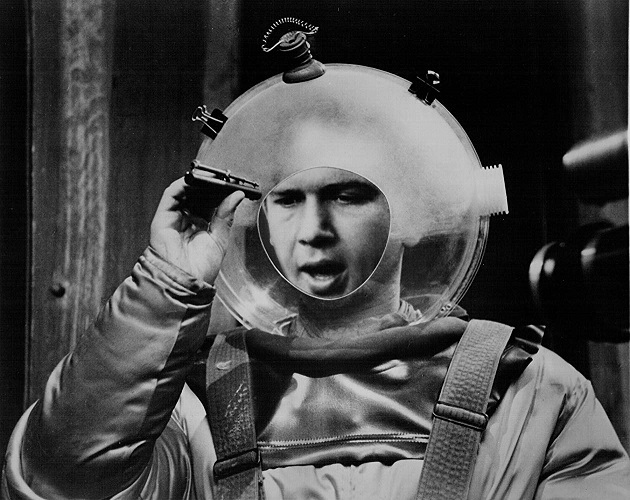 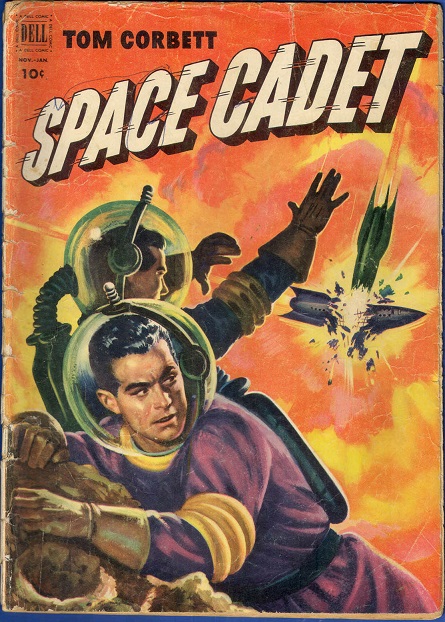 The dream of space exploration provided plenty of fodder for books, TV shows, and movies during the late 1940s and ’50s. Tom Corbett, Space Cadet was one such program that found an audience of fantasy fans on television and transcended to various forms of media.

The show and related material followed Tom Corbett, Astro, and Roger Manning, a group of cadets at the Space Academy training to be members of the Solar Guards. Set in the middle of the 24th century, the series took place during their Academy classes, in their training ship, the rocket cruiser Polaris, and on alien worlds.

Joseph Greene developed the show based on his prior work, including the radio scripts Tom Ranger and Space Cadets that he submitted for airplay in January 1946. He reworked those scripts for a daily newspaper strip that was not produced and then finally, Tom Corbett made his first appearance on TV. The stories closely followed the previous scripts and strips that Greene wrote with some inspiration from Robert A. Heinlein’s Space Cadet novel.

Tom Corbett, Space Cadet bounced around the main TV networks, airing on CBS, ABC, NBC, and NBC from late 1950 to mid-1955. It contained 59 episodes that ran in 15-minute formats and half-hour episodes. Frankie Thomas, who had been Ted Nickerson in Nancy Drew movies, starred in the titular role. Al Markin played Venusian cadet Astro, and Jan Merlin starred as cocky cadet Roger Manning. The cast was rounded out by Jack Grimes as T.J. Thistle, Ed Bryce as Captain Steve Strong, and Carter Blake as Commander Arkwright.

In ’52, the radio program ran in conjunction with the show, which was voiced by the TV cast. It aired as half-hour installments twice a week with many episodes based on the TV show’s source material.

Several books based on the series were published by Grosset & Dunlap from 1952 to 1956, written by unknown authors under the pseudonym Carey Rockwell. In 1953 a children’s book called Tom Corbett’s Wonder Book of Space was written by Marcia Martin.

A comic strip, Tom Corbett – Space Cadet was drawn by Ray Bailey in a style that harkened to Milton Caniff and was scripted by Paul S. Newman for most of the publication. It ran on Sundays and in daily newspapers from September 1951 to September 1953.

The show was also converted into a comic book series, published by Dell Comics, beginning in Four-Color Comics in February 1952. After three tryout issues in the anthology book, Tom Corbett got his own title. When popularity waned as the show came to a close, the comic was picked up by Prize Comics in 1955 and ran for a few months. In 1990, Eternity Comics revived the title by publishing a few issues in manga style.

Along with the different forms of entertainment, Tom Corbett inspired plenty of collectibles for kids who wanted to play in the stars. There was a View-Master packet with three reels that depicted the characters and models of the spacecraft and props. Another favorite was the Space Academy playset with figures. Some of other material that has become collectible are the coloring books, punchout book, costumes, watches, a lunch box, and rubber molds of figures, furniture, and vehicles. There was a Little Golden Book, a Little Golden Record and other records with space adventures from the radio program.