In the Limelight
Cinderella Waltzes Toward Her 70th Anniversary 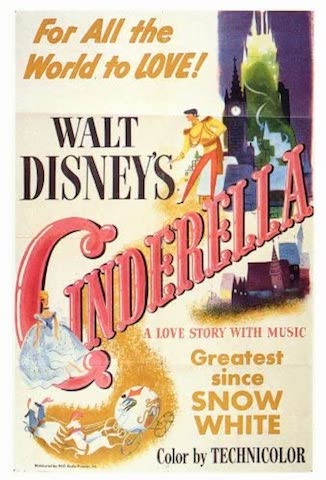 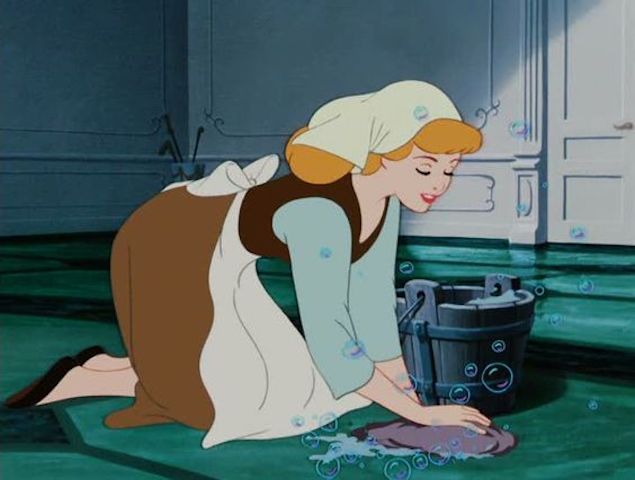 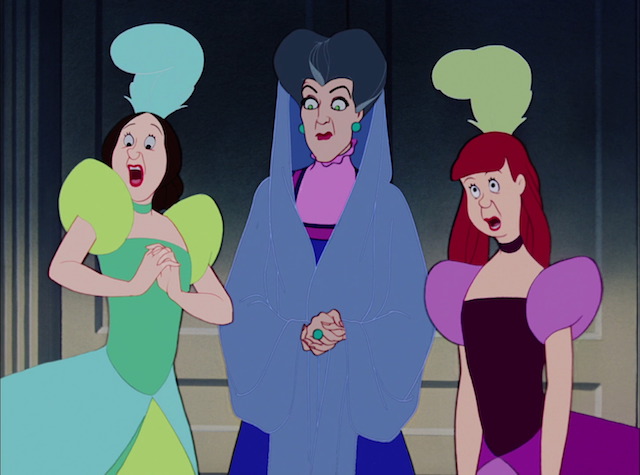 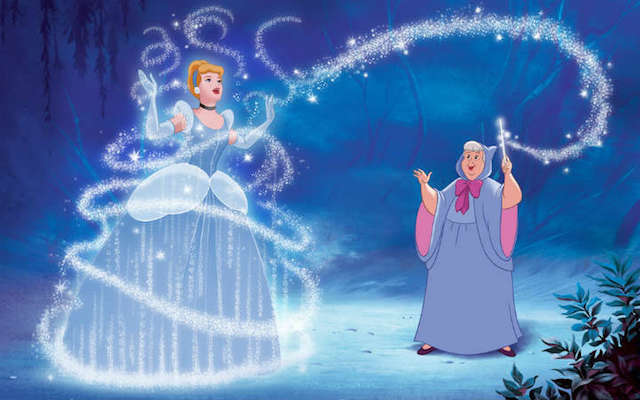 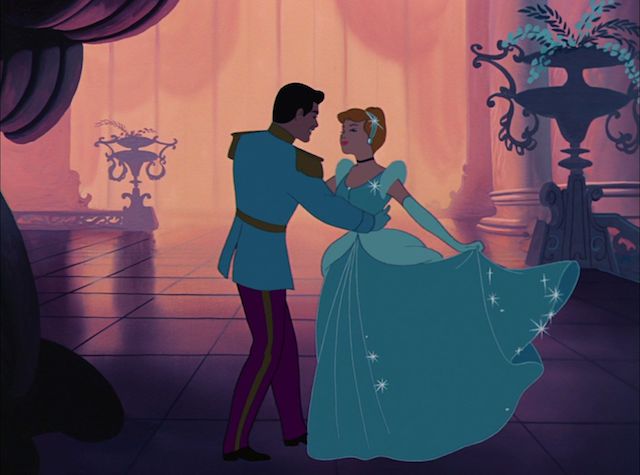 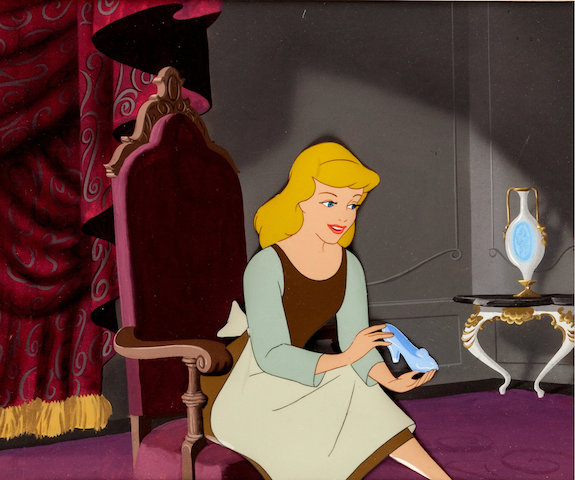 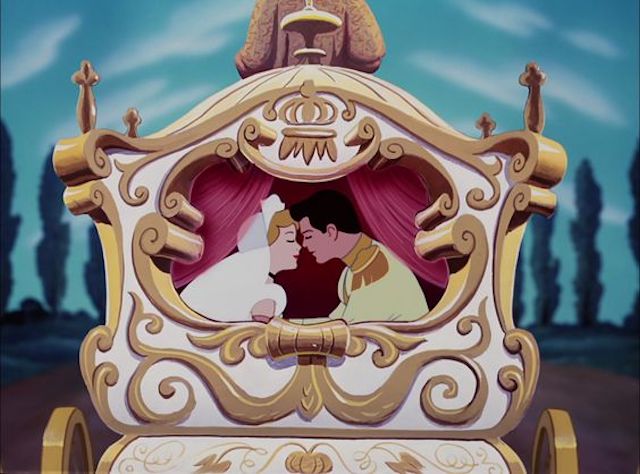 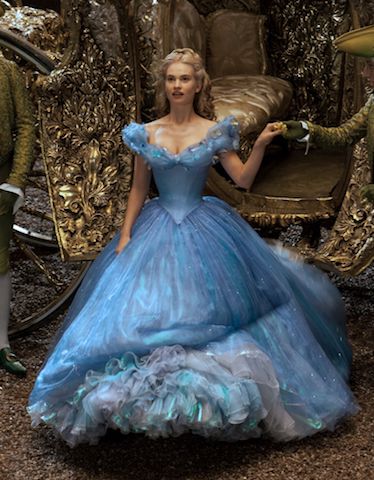 It may have “all started with a mouse,” but the juggernaut that is Walt Disney Studios has grown and grown, in part due to a pair of dainty glass slippers. Following the outbreak of World War II, the lack of European revenue led Disney’s Pinocchio, Fantasia, and Dumbo to lackluster box office results. Recognizing that the studio hadn’t had an actual hit since its first film, Snow White and the Seven Dwarfs, Walt found himself betting on another princess.

In March 1950, with Disney $4 million in debt and on the verge of bankruptcy, Cinderella danced her way into theaters becoming a timeless classic and savior of the studio. The rags to riches story was based on the fairy tale of the same name by Charles Perrault. Having lost both her parents, Cinderella was forced into servitude by her wicked stepmother Lady Tremaine and her jealous stepsisters Drizella and Anastasia. Despite her dissatisfying life, Cinderella remains a kind and gentle woman who enjoys friendship with the many animals living around the château. Later, when the King hosts a royal ball, Cinderella’s cruel family ensures she has no hope of attending.

Until her fairy godmother appears and transforms her dream into a reality. Cinderella enchants the handsome Prince Charming at the ball, falling in love beneath the moonlight sky. Before her magic fades at midnight, Cinderella flees, leaving a single glass slipper behind. The King issues a royal proclamation ordering every maiden to try on the slipper in an effort to find the Prince’s mystery girl. Lady Tremaine realizes that Cinderella is the girl in question and tries everything to keep the Grand Duke from finding her, even shattering the slipper. All to no avail. Cinderella presents the other slipper, which fits perfectly, and rides off into the proverbial sunset with her Prince Charming.

The animated musical film earned $8 million at the box office ($84.9 million adjusted), making it the third biggest hit of 1950 behind King Solomon’s Mines and All About Eve. Cinderella’s box office success and the profits earned from all the Cinderella merchandise funded Alice in Wonderland, Peter Pan, Lady and the Tramp, and Sleeping Beauty. It also funded Disney’s move into television and provided the needed boost to begin building Disneyland, which opened in 1955.

Cinderella also solidified “the Disney formula,” which the studio utilized to produce some of the most successful animated features of all time. Fittingly, Walt’s brother Roy chose to place Cinderella’s Castle as the centerpiece of Walt Disney World, knowing without her the Disney we know today wouldn't have been possible. The film earned three Academy Award nominations and was recently selected for preservation in the National Film Registry.

Decades after its release, Cinderella spawned the direct-to-video sequels, Cinderella II: Dreams Come True (2002) and Cinderella III: A Twist in Time (2007). Cinderella II consisted of three segments, which saw Cinderella planning a party, the mouse Jaq turned into a human, and Anastasia falling in love with a young baker, whom Lady Tremaine and Drizella do not approve. Cinderella III takes place a year after the events of the original and shows Lady Tremaine in possession of the Fairy Godmother’s wand. She uses the wand to reverse time and makes the glass slipper stretch to fit Anastasia. In the end, however, Anastasia declines to marry the Prince and instead reunites him with his true love.

In 2015, Lily James starred as the benevolent princess for the live-action remake of Cinderella. Directed by Kenneth Branagh, it cleared over $542 million worldwide, becoming his highest-grossing film to date as a director. Along with James, the film also starred Cate Blanchett as Lady Tremaine, Richard Madden as Prince Charming, Helena Bonham Carter as Fairy Godmother, Sophie McShera as Drisella and Holliday Grainger as Anastasia. Three-time Oscar-winning costume designer Sandy Powell was in charge of the costumes for the film, which earned nominations at the 88th Academy Awards, 21st Critics’ Choice Awards and 69th British Academy Film Awards.

With its enduring message about holding your head high despite circumstances and never giving up on your dreams, Cinderella remains one of the most prominent Disney films of all time. Even though the magic should have ended at midnight, Cinderella has been living happily ever after for 70 years.