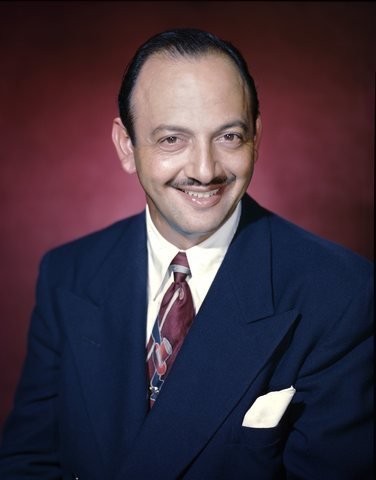 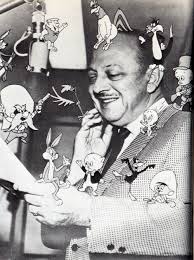 “The Man of a Thousand Voices.” That’s what voice actor Mel Blanc was known as. He created many trademark phrases for his characters, like “What’s up, Doc?,” “I tawt I taw a puddy tat!,” Thhhhufferin’ Thhhuccotash!,” and “Beep! Beep!.” Blanc performed in over 3,000 cartoons for Warner Bros. in a career that spanned 50 years.

Blanc was born in Portland, Oregon in 1908 and lived until 1989. He used to imagine what different animals sounded like and started imitating them. Blanc’s radio career began in 1927 when he was 19 years old. He was working for KGW’s The Hoot Owls, providing many voices for the show, then moved to Los Angeles to join Leon Schlesinger Productions.

The cartoon workshop developed the Looney Tunes and Merry Melodies characters for Warner Bros. which led to many great characters for Blanc. When he started voicing Porky Pig he kept the stutter that had been established by the voice actor of Porky Picador and it became his first signature character. His next project was voicing Happy Hare for a Warner Bros. short. The originally Bronx-accented character developed into the wiseguy rabbit Bugs Bunny. Other famous characters included Pepe LePew, Wile E. Coyote, Elmer Fudd, Speedy Gonzales, and Yosemite Sam.

Because he didn’t own the rights to any of his characters he needed to seek other work in addition to the voice acting for Warner Bros. In the 1960s he co-produced and voice animated ABC’s The Bugs Bunny Show, a Saturday morning cartoon with Looney Tunes characters designed for TV. He also voiced Dino for The Flintstones cartoon show. Blanc continued working in radio, primarily in The Jack Benny Show as the gardener Sy, the violin teacher Mr. LeBlanc, a jokester parrot, and a pet polar bear. He also formed his own company, producing radio and TV advertising. His final cartoon was the 1988 live action and animated film Who Framed Roger Rabbit. In the movie he performed the voices of Bugs Bunny, Daffy Duck, Tweety, and Porky Pig.