In the Limelight
Roy Rogers: The Early Days 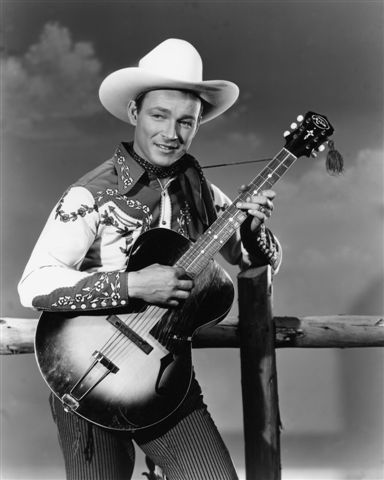 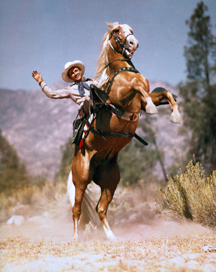 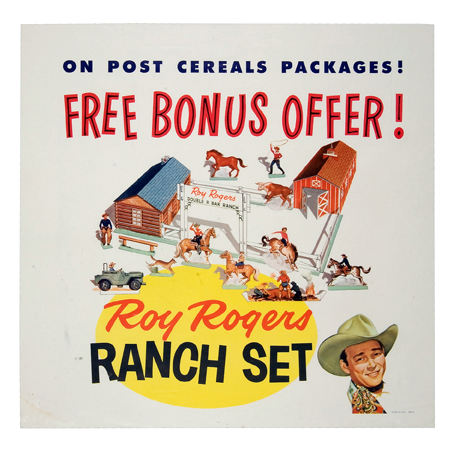 To many, Roy Rogers is the embodiment of the cowboy lifestyle. When you think cowboy, the image of Rogers atop his golden palamino, Trigger, with his white Stetson and silver hatband might be conjured up.

Growing up on a farm in Duck Run, Ohio instilled in Roy (who was then known as Leonard Slye) the value of hard work, as he took on most of the duties of caring for his mother and three sisters while his father worked in a shoe factory in Cincinnati during the week. Duck Run was a simple place, where Roy learned about music at Saturday night square dances. It’s also where he learned to yodel, as a means of communicating across the family’s land with his mother and sisters. Unfourtnately, it soon became clear that the family wasn’t going to be able to survive on the farm. Roy worked in the factory for a while, but eventually, the family relocated to Lawndale, California, where his sister Mary had moved with her new husband. One night, while Roy was sitting around strumming his guitar, Mary suggested that he try out for a local radio show called Midnight Frolic, which featured amateur talent. Though he was quite shy, he was willing to do anything to help out his family.

After appearing on the show, he was invited to become a part of a music group called the Rocky Mountaineers. He was a part of some other groups along the way, including the International Cowboys and the O-Bar-O Cowboys. Finally, he teamed up with Tim Spencer and Bob Nolan, and they found some success as the Pioneer Trio. They were given an audition with KFWB radio and were quickly hired to be on the radio program Jack & His Texas Outlaws. Their song “The Last Round-Up” gained attention from Los Angeles Examiner radio columnist Bernie Mulligan, it soon became a hit song and The Pioneer Trio was given their own radio show.

Shortly afterwards, Hugh Farr joined the group and suggested that it was too young to be pioneers, but could certainly be “Sons of Pioneers.” So the group changed their name and continued to grow in popularity. At the time, radio stations generally had to pull from local talent, but things changed with transcription, when companies created large libraries of music which they licensed to radio stations. In 1934, the Sons of Pioneers were the first group to be recorded by the new transcription business, Standard Radio. Now, their songs were played on radio stations all over the country. Recognition from the radio got them into a few films, appearing in Westerns starring the likes of Bing Crosby and Gene Autry.

While the Sons of Pioneers continued radio and recording in Los Angeles, Roy Rogers (still known as Len Slye!) heard that Republic Pictures would be holding auditions for a singing cowboy and jumped at the opportunity. When he came in to Republic, Westerns producer Sol Siegel recognized Roy from his appearances with The Pioneer Trio in two Gene Autry movies. After an audition, Len Slye signed a seven year contract with Republic Pictures, who renamed the young man “Roy Rogers.” After 14 years and more than 80 films with Republic, Roy went on to work with Paramount and later, he and his wife, Dale Evans, started The Roy Rogers Show on television.