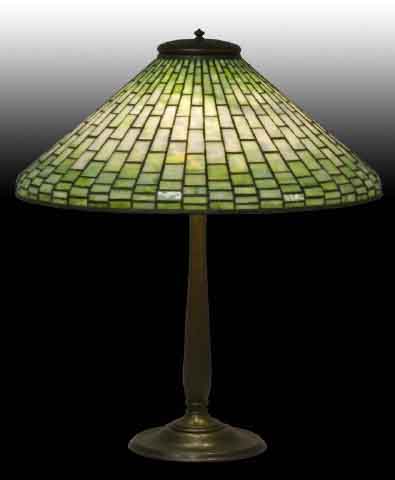 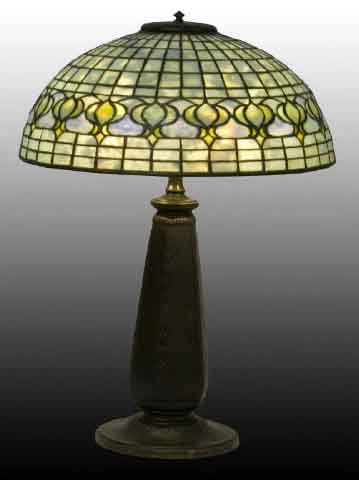 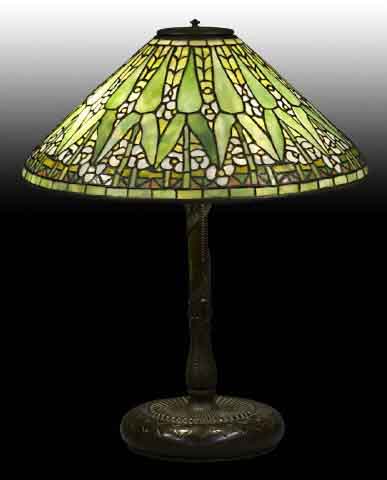 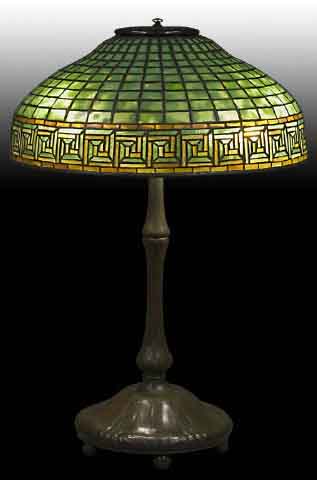 In today’s modern retail market, the name “Tiffany” is most closely associated with silver, diamond rings, and those iconic little blue boxes. In the antiques and auction markets, Tiffany pieces are just as hot a commodity, but perhaps not the Tiffany you are thinking of.

Charles Lewis Tiffany founded the famous luxury brand Tiffany & Co. in 1837. It was his son, Louis Comfort Tiffany, who became quite well-known in his own right as the artist behind some of the most artistically designed pieces of interior design ever: his lamps.

Instead of going right into the family business, Louis studied art, specifically painting at first. He was very talented, and even studied under George Inness, the famous American landscape artist. Of course, coming from such a wealthy family had its advantages, and Louis had the opportunity to do quite a bit of traveling. During his early twenties, he traveled all over Europe, to the Middle East, and North Africa. He was strongly influenced by the variety of cultures that he came in contact with and as an artist, he was especially influenced by Islamic architecture and ornamentation, Romanesque and Moorish art, as well as Japanese ceramic techniques.

He returned to New York and at about age 24, Louis began studying the art of glass. His experiments with hot glass, fumes, and metallic oxides led to his now famous iridescent glass that he used to create lamps. He admired the art of stained glass windows, which at the time were created by painting pieces of clear glass with color. Louis developed a new way of creating bolder colors and intricate designs using pieces of differently colored glass.

A combination of his love for interior design and inspiration from Thomas Edison’s invention of the incandescent light bulb is thought to be what inspired Tiffany to foray his glass techniques to lamp shades. His earliest patents are documented during 1880-1881 and he incorporated the Tiffany Glass Company (which was later known as Tiffany Studios) on December 1, 1885. He also trademarked the term “favrile,” which is French for “handmade,” as every Tiffany lamp was made by either his own hands or artists under his direct supervision.

The majority of the Tiffany lamps that are so popular at auctions today were made between 1895 and 1920. There are many different designs to be sought after, including geometric, which featured the simplest shapes, floral, the dragonfly motif; cone-shaped lamps and globe-shaped lamps, some with irregular lower borders, and some with irregular upper and lower borders. All are reflective of Tiffany’s mastery of the art nouveau style, with free-flowing lines and natural forms depicted in glass, held together by a unique copper-foil soldering method developed by Louis himself.

Reproductions of Tiffany lamps are common, and originals are hard to find. When original lamps are found for sale, they have sold for as high as multiple millions of dollars.