Summer is no different for Hot Stuff than it is for any of us. Just like you, Hot Stuff has to swat pesky bugs and ward off the sad and sudden appearance of rain clouds. If, during the long, lazy days of summer, boredom has begun to set in, why not pick a fight with a nearby thunder cloud? How about a game of croquet with a friendly demon? How many of us have had a picnic ruined by melting silverware?

Being America’s favorite little Devil does have its rewards. You could always take a quick summer siesta above a friendly cloud! Of course, if you are a seriously hot little devil like Hot Stuff, setting off your Fourth of July Fireworks is a piece of cake!

The Hot Stuff covers were among the most imaginative that Harvey ever did. They always featured a strong, personality-driven gag as well as deceptively simple art. There is a real skill to creating such a wonderful universe with so few lines.

When you are looking at each cover, take an extra minute to check out the little “television” style boxes that run down the left side of this Harvey title. Each one features a character that appears inside. While some of them such as Stumbo the Giant and Princess Charma are known to most of us, there are a few of them are pretty bizarre!

One of the most interesting is in issue 2. “The Bulb” lives in the land of light. When Hot Stuff finds himself stranded in a snowstorm, he takes haven in the Land of Light. Living there in perfect harmony is every kind of light bulb imaginable. From street corner posts to flashlights, they welcome him with open arms and offer him a meal. Hot Stuff orders his favorite, Hot Dogs. When the meal arrives he is surprised to find that they are serving him little wires!

The waiter explains that these are filaments. Then, he shows him the menu and indeed, it does offer “Filament Mingon, Filament de Sole, and Filament A La Mode!” Suddenly, the Slingshot Men appear from nowhere and begin to attack the Light Bulbs. Luckily, Hot Stuff is there to save the day.

Nothing like really bad puns and a touch of absurdist writing to liven up a Harvey! Other great characters include Chumbo, the Giant Baby (#9), Crazy-Land (#9 again), and Dr. Strange-Eyes (#29).

Once upon a time, Harveys were everywhere. From barbershops to a dentist’s office, a kid couldn’t go anywhere and not find a Harvey to read. Today, these once glorious color comics are only sought after by a very serious group of collectors who know just how good these books actually were. If you haven’t seen a Harvey lately, take a second to check one out the next time you attend a comic show or convention. You’ll be surprised at how these very simple books can make you smile. 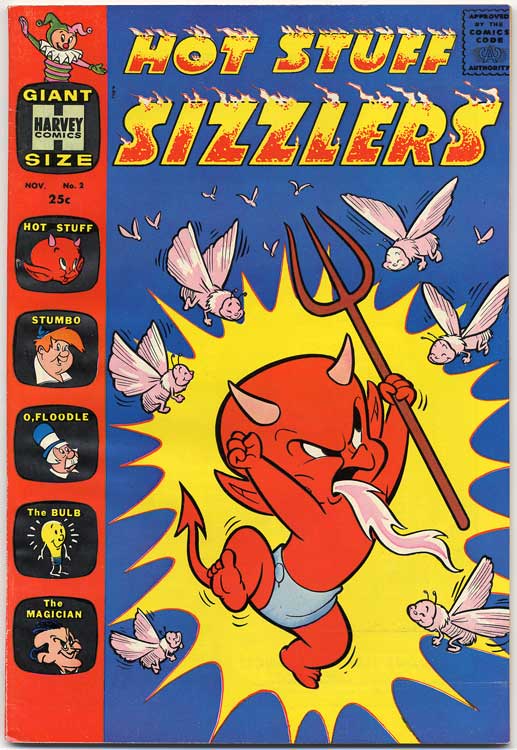 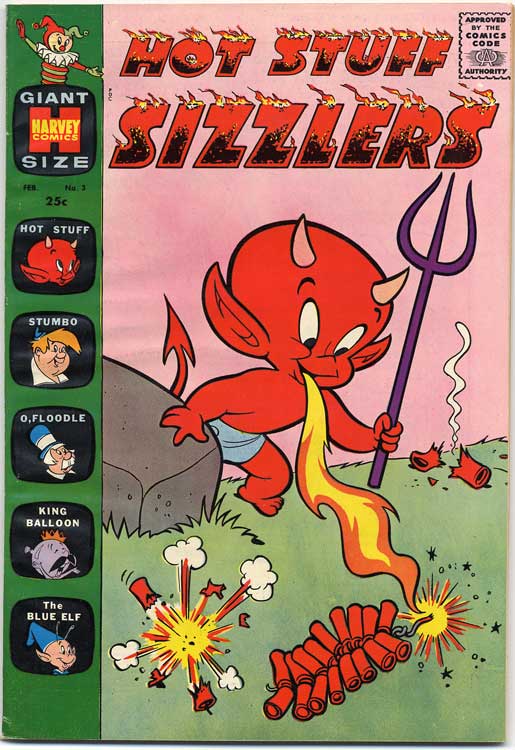 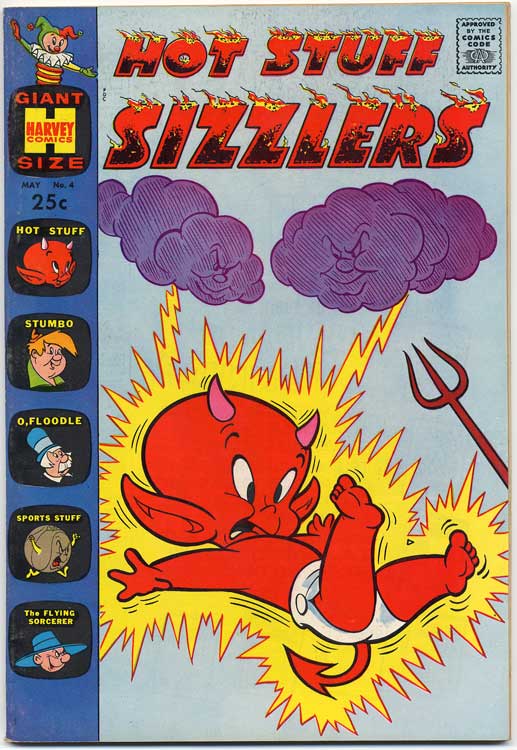 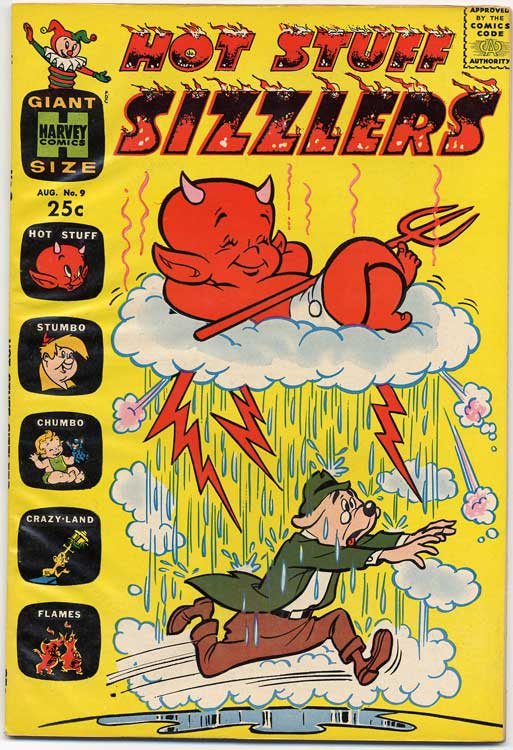 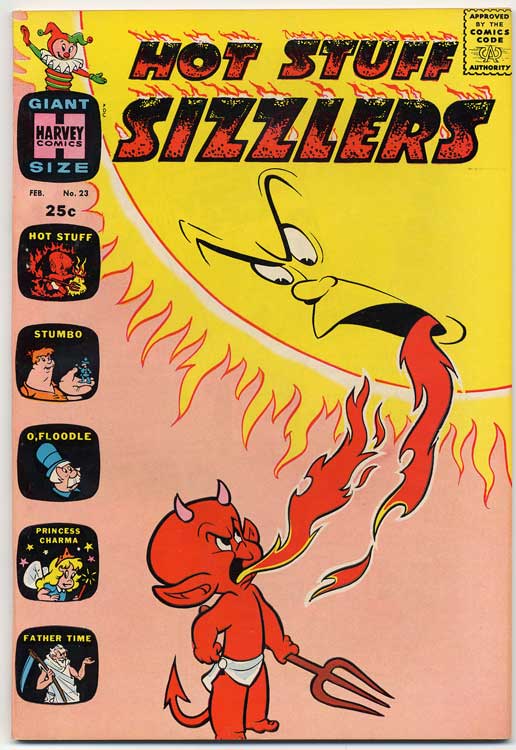 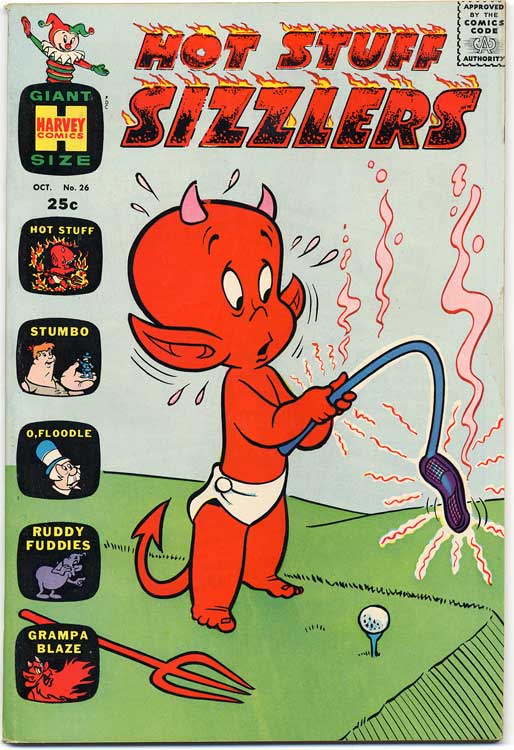 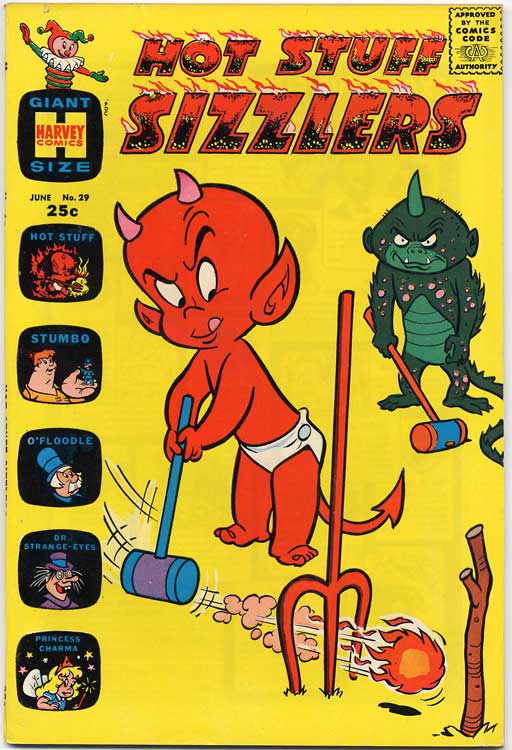 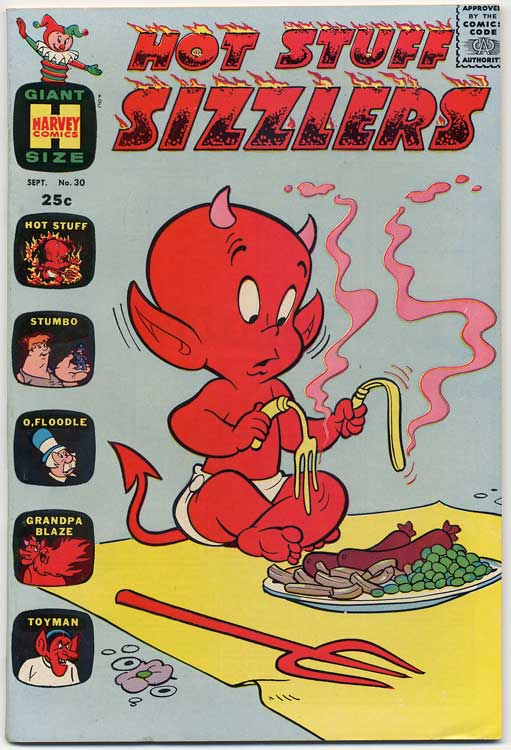 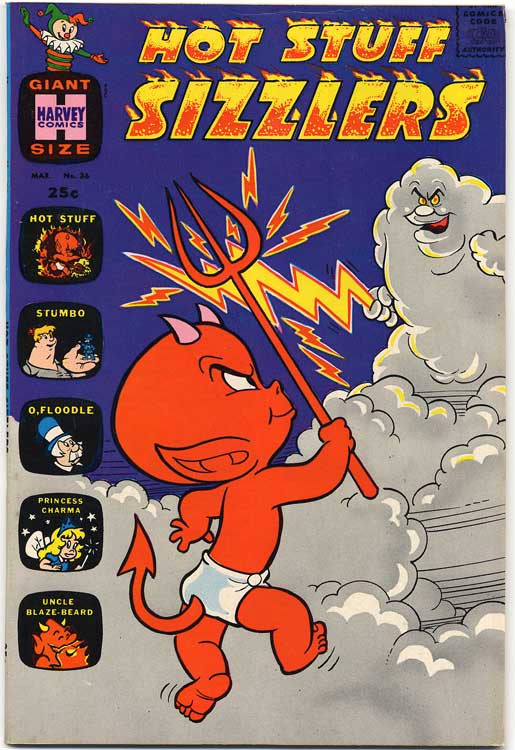