In the Limelight
Blondie 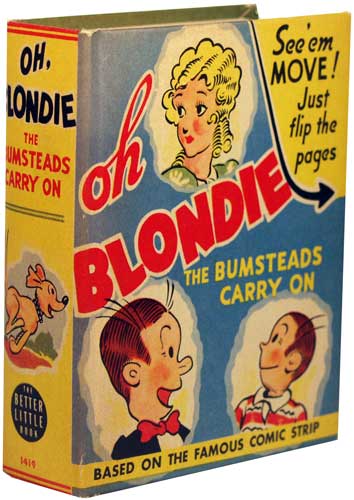 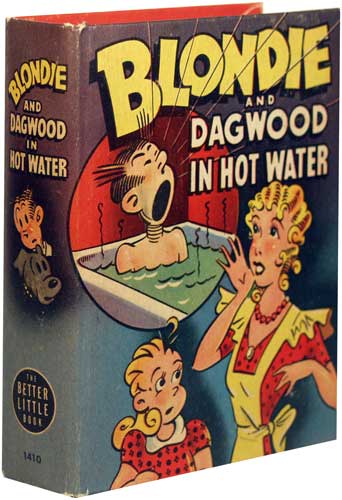 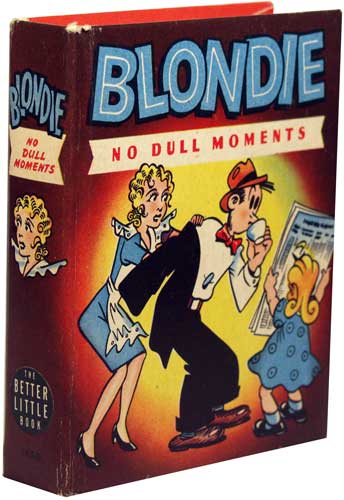 Who doesn’t love Blondie? We mean, really. As comic strips and their franchises go, very few are as beloved and long-lasting as the one chronicling the exploits of and additions to the Bumstead family.

Quite frankly, just typing this article about the conquering underdog brings a warm and fuzzy feeling to our hearts. We can only imagine that’s what cartoonist Chic Young intended over 70 years ago when he drew the cowlicky character Dagwood and his bombshell wife Blondie for the first time in 1930.

But did you know that the strip was originally intended as a single, flirty gal vehicle in the vein of Rosie's Beau and Polly and Her Pals? It wasn’t until three years after Blondie’s first appearance that she was betrothed to the bumbling Bumstead and given a permanent home within the comics section, a home the Bumsteads continue to inhabit even today.

There’s so much to say about the slice of life strip that we’re really not sure where to begin. We love that Blondie’s maiden name is Boopadoop and that it has nothing to do with the eyelash-batting brunette, Betty, who would co-opt the name as a trademark years later. We love that Dagwood married Blondie for love, not commerce, despite the fact that his family disowned him before the sun fully set on their nuptials. We find the fact that, in 1934, the couple gave birth to a son – Alexander – who found himself immediately doted (and called Baby Dumpling) by all of America, sappily endearing. We love that Alexander and his baby sister, Cookie... and the family dog, Daisy... and all of Daisy’s pups grew up with a generation in a fit of comic strip age progression with a success that has not been matched before or since.

And we loved the 1930s Columbia Pictures franchise of features starring Penny Singleton and Arthur Lake. The TV show that cropped up nearly 20 years later, which saw Arthur Lake reprising his role and Pamela Britton playing the title character, all sucked us in. So did the Big Little Books. And the 1987 animated series featuring the voice of Loni Anderson. So did the Dagwood sandwich.