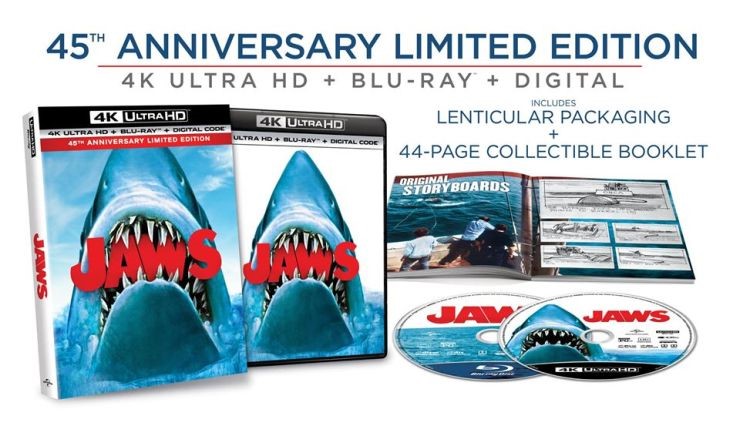 In time for the 45th anniversary of Jaws, Universal is releasing a limited edition 4K Ultra HD version of the film. The 4K Ultra HD + Blu-ray + Digital release will be encased in lenticular packaging. It’ll be accompanied by a 44-page collectible booklet that features original storyboards among other content.

Based on Peter Benchley’s novel of the same name, Jaws made quite the splash when it debuted in theaters in 1975. Since then, the movie has become one of the highest regarded thrillers in film history and the benchmark by which all creature attack, especially shark, movies are measured.

Though little else was revealed about the upcoming set, it was announced that it’ll be available on June 2, 2020.