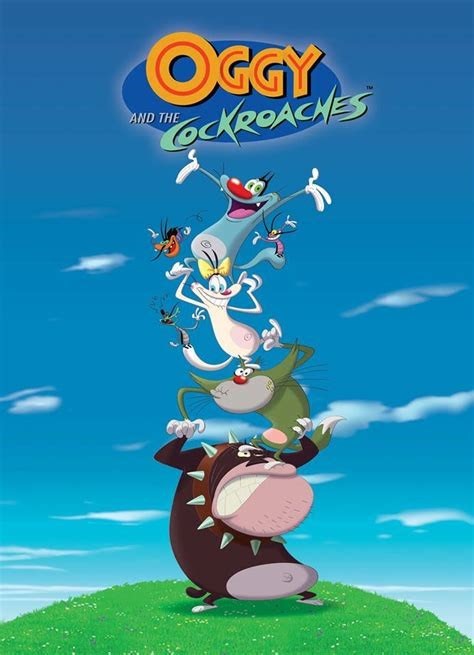 The French cartoon Oggy and the Cockroaches has been entertaining audiences for 20 years through the animated show and video series. In the summer of 2019, American Mythology will introduce the popular cat and his unwanted cockroach roommates to their line of comics.

Oggy is a clean freak who wants to relax, eat, and watch TV, but Joey, DeeDee, and Marky – a trio of cockroaches – won’t leave him alone. Other characters include Oggy’s neighbor, Bob, a bulldog and anger issues; Jack, Oggy’s cousin and opposite; and Olivia, a kind, nature-loving cat and Oggy’s crush.

The French animated series is produced by Xilam, airing for the first time in the U.S. in 1998. It has been consistently broadcast worldwide, reaching 800 million households in 190 countries. The show became available on Netflix, it airs multiple times a week on TV, and Oggy’s YouTube channel hosts 3.2 million subscribers.

The new publishing program was brokered by Licensing Works! on behalf of Xilam.

“A television series spanning seven seasons and 350 episodes! Over 20 years! A movie! An internet presence most properties only dream of! Yeah, we were pretty psyched to partner up and bring Oggy to comics,” Michael Wolfer, editor-in-chief of American Mythology, said. “This is one of those properties that everyone says, I can’t believe it doesn’t have a comic book series! Well, guess what? We are! And it’s going to be every bit as awesome as you’d expect! Oggy and the Cockroaches is animation and characterization at its best. If you were a fan of Looney Toons or Tom and Jerry classic cartoons as a kid, or just plain love silly and outrageously fun stories at heart, Oggy delivers on every level. American Mythology promises to bring the zaniness of these cartoons straight into our comics and keep fans of the series smiling!”